Thug, 37, is found guilty of stabbing to death mosque-leader’s son, 20, who was gangland ‘drug enforcer’ and traded off reputation of his ISIS jihadi brothers after pair were killed in Syria 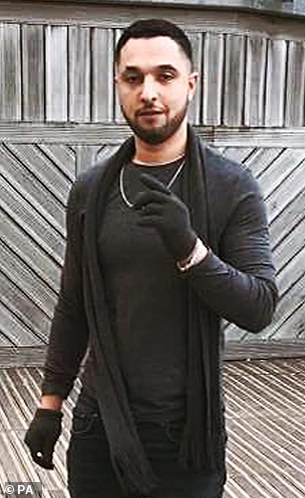 Daniel MacLeod, 37, has been convicted of killing ‘drug enforcer’ Abdul Deghayes (pictured), 20, on a Brighton street after stabbing him in the leg, arm and buttocks

A killer has been convicted of murdering the brother of two Islamist fighters who died in Syria.

Daniel MacLeod, 37, left ‘drug enforcer’ Abdul Deghayes, 20, to bleed to death on a Brighton street after stabbing him in the leg, arm and buttocks and driving away.

Residents heard a crash on the busy central Brighton street and found Mr Deghayes in the driver’s seat of a silver Volkswagen Polo with eight stab wounds.

MacCleod and his friend had met Mr Deghayes and another male at Hannover Court in Brighton, where the stabbing took place on 16 February 2019.

Bleeding to death from an arterial wound, Mr Deghayes drove around the corner to Elm Grove where he lost consciousness and crashed into a parked car.

He is the son of Abubaker Deghayes, former leader of al-Quds Mosque in Brighton and the twin brother of Abdullah, 18, and sibling of Jaffar, 17, both from Brighton, who both died fighting with Islamists in Syria.

They are survived by fourth brother, Amer, a former finance student,

MacLeod was convicted of murdering Mr Deghayes after a retrial at Southwark Crown Court.

He claimed he acted in self-defence and during his first trial at Hove Crown Court last year.

Mr Henry showed jurors a picture of a man posing with a 35cm long machete, with a profile name listed as A1. 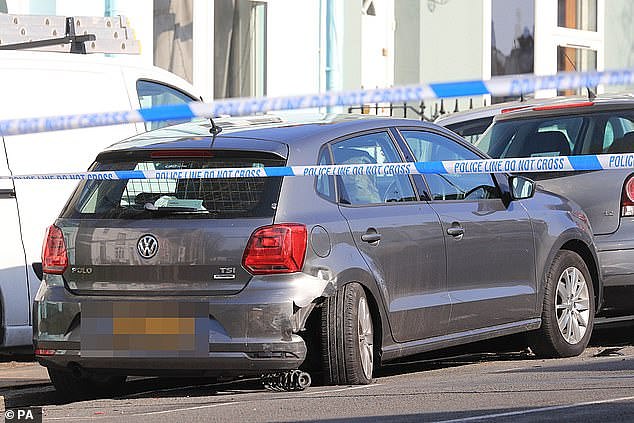 Mr Deghayes got into a Volkswagen Polo and was involved in a collision with a number of other vehicles near St Joseph’s Church in the Elm Grove area. He died in hospital the following morning

A caption on the image read: ‘I got hitters that would kill ur mum rude boi.’

The defence barrister said Mr Deghayes had been involved in violence and was being investigated by police for drug dealing.

Officers had raided an address and found baseball bats and a debt book, the court heard.

Mr Henry said the victim’s brothers had died as Islamic fighters and the social media image conjured up the ‘barbaric context about what has been happening thousands of miles away in Syria.’

A jury convicted him after deliberating for eight hours and eleven minutes.

Wearing a smart dark suit MacLeod did not react as he was convicted of murder, but shook his head and said ‘wow oh, f***, wow’ as he was taken to the cells. 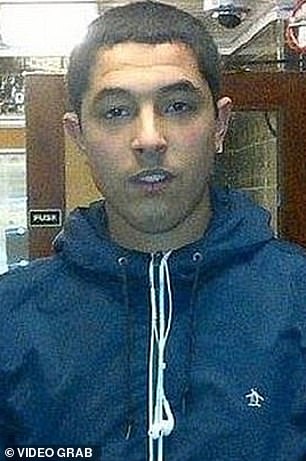 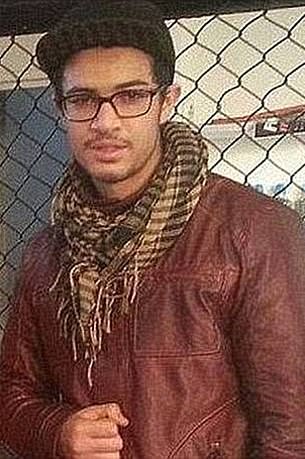 Abdul’s twin Abdullah, 18 (left) was killed fighting in Syria in 2014, just a few months after he and his brother Jaffar, 17 (right) arrived to fight for ISIS. He then died six months later

MacLeod’s friend, 56-year-old Stephen Burns, was cleared of assisting an offender by helping Macleod flee the scene and hide evidence.

Mr Justice Hilliard remanded MacLeod ahead of sentence and said: ‘Mr MacLeod, the date for sentence is either going to be the 30 October or the 13 November, I shall let you know as soon as possible.

‘You will be remanded in custody until that date, it will be this court not Lewes.’

Adam Feest, prosecuting, said: ‘Adbdul Deghayes was stabbed eight times in total, stabbed through the hand, stabbed in the back which entered his kidney twice, to the upper part of the left leg and further stab wounds to the rear buttocks.

‘The stab to the left leg was inflicted to the two main blood vessels which go in the leg and out again. 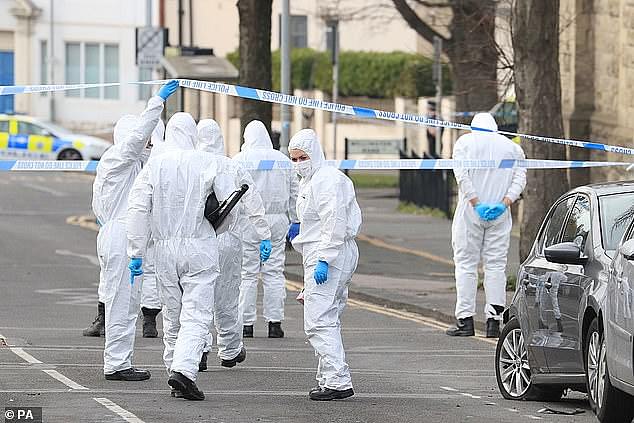 ‘That lead to significant and immediate bleeding that very quickly lead to unconsciousness and very shortly to death.

‘You will hear that Mr MacLeod was involved in a drug dealing enterprise and that enterprise gave him the name Frank.

‘It’s because of drug dealing that Mr Deghayes appears to have been in that location on that evening he had telephoned Frank to bring some drugs and Frank came to the scene with another male.

‘Frank got out and went to the driveway to meet him, the other man remained in the car.

‘There is no dispute that it was Frank who inflicted some of the stab wounds and killed Mr Deghayes.’

Mr Deghayes’ blood was found in a Citroen belonging to Burns.

MacCleod remained in Brighton for another half an hour, travelling to his drug dealing address to change his clothes before returning home to Brighton in a different car.

‘That this was a drugs matter is clear, the exact reason may never be known,’ said Mr Feest.

‘Some clue is given by a telephone call an hour or so later by Stephen Burns to Colby Broderick In which he told him that Abdul Deghayes had recently robbed Mr MacLeod of drugs.

‘Mr MacLeod will be saying to you that he was acting in self defence.

‘That he was just there to deal drugs and that Mr Deghayes came with a knife.

‘He manages to disarm him with it and manages to grab it and stab Mr Deghayes in lawful self-defence, leaving before knowing it was fatal.’