A THUG has been jailed for life after beating a man after a party so viciously he was left in a vegetative state for 12 years before his death.

Mark Cranfield, now 38, jumped on Alec Driver's head with both feet after knocking him to the floor and booting him in the face after a house party in February 2007. 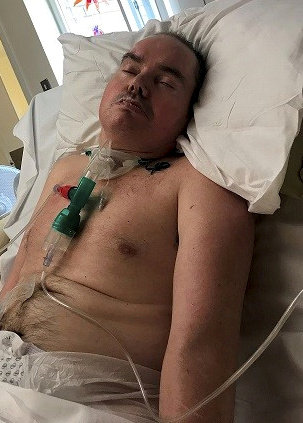 Mr Driver, who died in April 2019 aged 41, was at a party at his partner's flat in Horsebridge Road, Blackpool, Lancs, on the night he was attacked.

As Mr Driver attempted to leave the first floor flat in the early hours of February 21, Cranfield pushed him down the stairs and punched his victim to the floor.

Cranfield then kicked and stamped on Mr Driver's head, before jumping and landing on the victim's head with both feet.

He then returned to the flat and boasted about his brutal assault before continuing to attack Mr Driver as he lay defenceless on the floor.

A neighbour discovered Mr Driver unconscious on the pavement and he was rushed to Blackpool Victoria Hospital with serious injuries.

Mr Driver never regained full consciousness – and was discharged from hospital in June 2007.

The victim spent almost 12 years in a long-term care facility where he remained in a vegetative state and was unable to communicate before his death.

Cranfield was later arrested and charged with attempted murder. He pleaded guilty and was jailed at Preston Crown Court in December 2007 for a minimum of nine years. 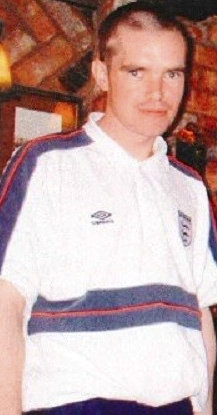 A forensic post-mortem examination and further expert pathological examination found Mr Driver had died as a direct consequence of the injuries inflicted by Cranfield.

Following consultation with the Crown Prosecution Service and with the permission of the Attorney General, Cranfield was charged with murder in April last year.

As he had already served 14 years, he was given a minimum term of three years and 123 days in jail before being able to apply for parole. He will remain on life licence.

Det Insp Mark Dickinson, of Lancashire Police, said: "The level of violence displayed by Cranfield when he attacked Alec Driver on Horsebridge Road in February 2007 was sickening.

"The sentence passed down reflects how, anyone capable of such a brutal and mindless act of violence, should be either held in custody, or be subject to monitoring by the Probation Service, for the rest of their lives.”

Mr Driver's family said in a statement issued through the police: "Alec Driver as a child was a victim of circumstance in that he lost his mother at 13 – a mother who he truly idolised.

"He was the trailer to her truck. Within a short period of time he also suffered the loss of his brother George. The tragic loss of which haunted him till February 21, 2017.

"Alec had his flaws which he would freely admit to however, he had a kind soul and a generous heart who would give you his last penny.

"Alec is much loved and greatly missed by his family. The trailer is now back with the truck."