India’s top judge was facing calls to resign on Wednesday after telling an accused rapist to marry his schoolgirl victim to avoid jail.

More than 5,000 people have signed a petition demanding Chief Justice Sharad Arvind Bobde quit after he told the government technician at a hearing: ‘If you want to marry (her) we can help you. If not, you lose your job and go to jail.’

Bobde’s comments sparked a furore and prompted women’s rights activists to circulate an open letter calling for his resignation that has secured more than 5,200 signatures, campaigner Vani Subramanian said.

According to the letter, the man is accused of stalking, tying up, gagging and repeatedly raping the girl before threatening to douse her in petrol, set her alight and have her brother killed. 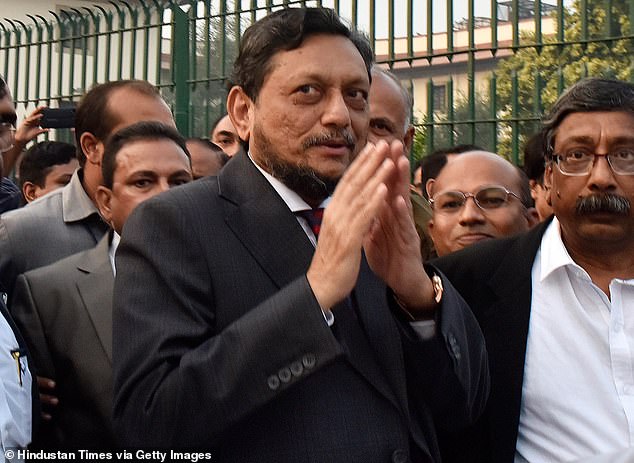 Chief Justice Sharad Arvind Bobde attending the farewell ceremony of his predecessor in 2019. The top judge now faces calls to resign over remarks he made to an alleged rapist

‘By suggesting that this rapist marry the victim-survivor, you, the Chief Justice of India, sought to condemn the victim-survivor to a lifetime of rape at the hands of the tormentor who drove her to attempt suicide,’ the letter said.

It later added: ‘It fills us with rage that women bear the burden of having to explain the meaning of “seduction”, “rape”, and “marriage” even to the Chief Justice of India, who holds the power and duty to interpret the Constitution of India and sit in judgement.’

India’s abysmal record on sexual violence has been the focus of international attention since the 2012 gang-rape and murder of a student on a Delhi bus sparked nationwide protests. 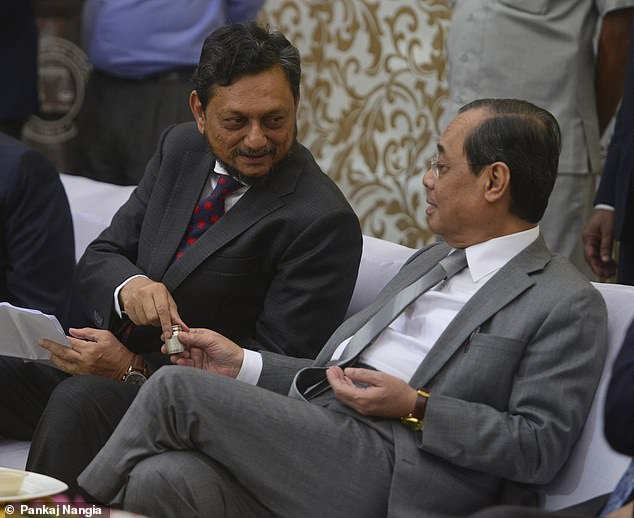 Chief Justice Sharad Arvind Bobde with his predecessor Ranjan Gogoi in 2019. The sitting justice told an alleged rapist he could skip jail if he were to marry his victim 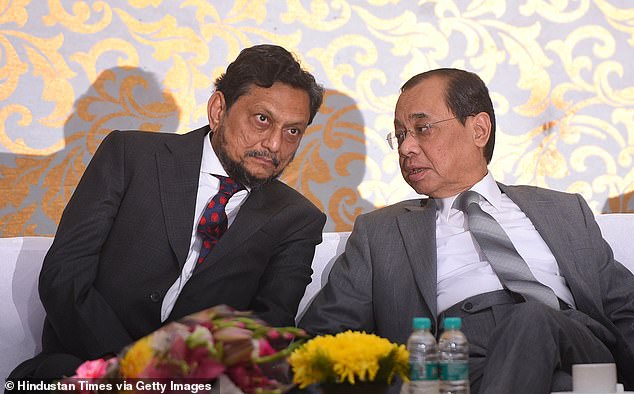 India’s top judge has been told to step down in an open letter signed by more than 5,000 people on Wednesday

Victims are regularly subjected to sexist treatment at the hands of police and courts, including being encouraged to marry their attackers in so-called compromise solutions.

The letter also drew attention to another hearing on Monday during which Bobde reportedly questioned whether sex between a married couple could ever be considered rape.

‘The husband may be a brutal man, but can you call the act of sexual intercourse between a lawfully wedded man and wife as rape?’ he said.

‘This comment not only legitimises any kind of sexual, physical and mental violence by the husband, but it normalises the torture that Indian women have been facing within marriages for years without any legal recourse,’ the letter by the rights campaigners said.

Marital rape is not a crime in India.

Bobde has not responded to the criticism. His predecessor Ranjan Gogoi was the highest-profile figure in India to face a #MeToo backlash after he was accused by a former staffer of sexual assault.

He was cleared in 2019 after an in-house inquiry, prompting protests in the country.