Jerusalem: Israeli Prime Minister Benjamin Netanyahu has announced his choice for the next director of the Mossad security service. 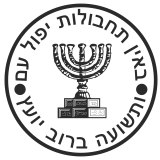 Netanyahu’s office said he wanted the intelligence agency’s current deputy director to fill the post as he was an “accomplished Mossad veteran”, referring to the person by the code name “D”.

The identities of Mossad’s most senior spies is a guarded secret, apart from the director, whose name is generally made public.

Yossi Cohen, the outgoing head, has been one of Mossad’s more public-facing directors in recent years and was credited with helping to secure historic normalisation treaties between Israel, the United Arab Emirates and Bahrain.

Cohen reportedly accompanied Netanyahu on a visit to Saudi Arabia last month for secret talks with the kingdom’s Crown Prince.