The former Brexit secretary David Davis is among those pushing for Cummings and Ben Warner, an adviser who ran the Tories’ private election computer model, to be prevented from attending future meetings of the Scientific Advisory Group for Emergencies (Sage).

Davis said that Cummings’s presence could alter the advice offered in meetings, adding: ‘We should publish the membership of Sage, remove any non-scientist members, publish their advice in full, and publish dissenting opinions with the advice.’

It was last night revealed Boris Johnson’s chief aide had attended meetings of the secretive group steering the government’s coronavirus response, with rivals suggesting he had no businesses doing so. 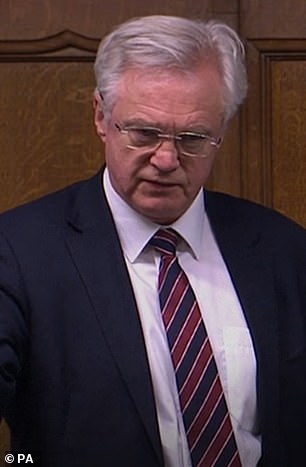 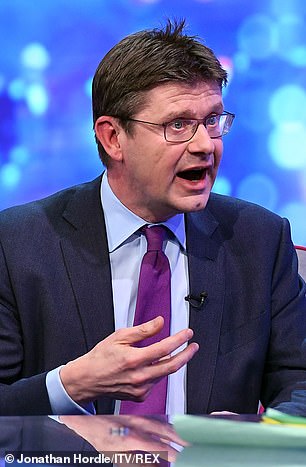 The former Brexit secretary David Davis (left), is among those calling for Cummings to be prevented from attending future meetings of the Sage. Greg Clark (right) said disclosing who has attended Sage meetings could reassure and enhance the standing of the body

The article in the Guardian prompted a fiery response by Number 10, who denied he was ‘on’ the group but had attended meetings, dismissing the implications of scandal as ‘ludicrious’.

But there is now a larger coalition forming to demand greater transparency about Sage.

Greg Clark, the Tory chair of the Commons science committee, said disclosing who has attended Sage meetings could reassure and enhance the standing of the body as well as creating a better understanding of what shapes government advice.

Others called for the minutes of Sage meetings to be published, including the shadow health secretary, Jonathan Ashworth.

The acting Lib Dem leader, Ed Davey, told The Guardian: ‘The public needs to have confidence that it is expert advice that is guiding government decisions. The lack of transparency is unacceptable in this national crisis.’ 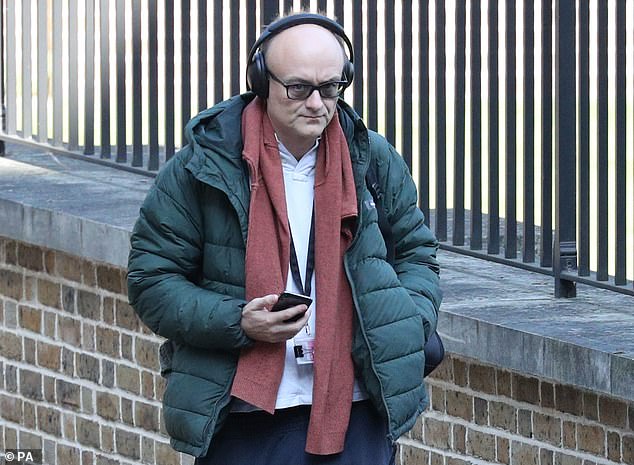 It was last night revealed Boris Johnson’s chief aide (pictured) had attended meetings of the secretive group steering the government’s coronavirus response, with rivals suggesting he had no businesses doing so

Opposition parties have said political advisers had no business attending the Sage and called for its deliberations to be opened to wider scrutiny.

It does not disclose the names of the scientists involved beyond that of its chairman – currently chief scientific adviser Sir Patrick Vallance.

A list of names leaked to the Guardian revealed Mr Cummings – already a controversial figure for his role in the Vote Leave campaign – had attended a Sage meeting on March 23.

Dr Paul Hunter, professor of medicine at the university of East Anglia, said the fact of Mr Cummings’ attendance without the public knowing his level of involvement could taint the advice Sage has given so far.

Senior civil servants invited to attend, including the Government’s chief medical officer Chris Whitty, are permitted to ask questions but must submit them in writing in advance.

Dr Hunter, who also sits on a number of World Health Organisation (WHO) committees, said it was not clear if Mr Cummings was subject to the same restraints.

He said: ‘If he wasn’t and he was contributing to the discussion, then that means we need to be very cautious about the conclusions of Sage.

‘Because whether or not he did influence the outcomes we can’t know for certain, and therefore the validity of the advice coming out of the committee might be flawed.

‘It has been pointed out quite a lot in the press that a lot of the advice and policies that we have had over Covid-19 has differed quite markedly from advice from international agencies.

‘We need to be sure there wasn’t undue political influence at the point those decisions were being taken.’

Alex Thomas, programme director at governance think tank The Institute for Government, also thinks it is the lack of transparency around Sage rather than Mr Cummings’ presence that is the biggest problem.