DOCTOR Fauci has slammed the Trump administration's 'divisive' and uncoordinated response to coronavirus as Florida and other popular tourist states post record deaths.

Florida reported 120 deaths on Thursday, their highest to date, as the world-leading expert criticised the lack of social distancing measures in states that reopened too early and are now seeing a surge. 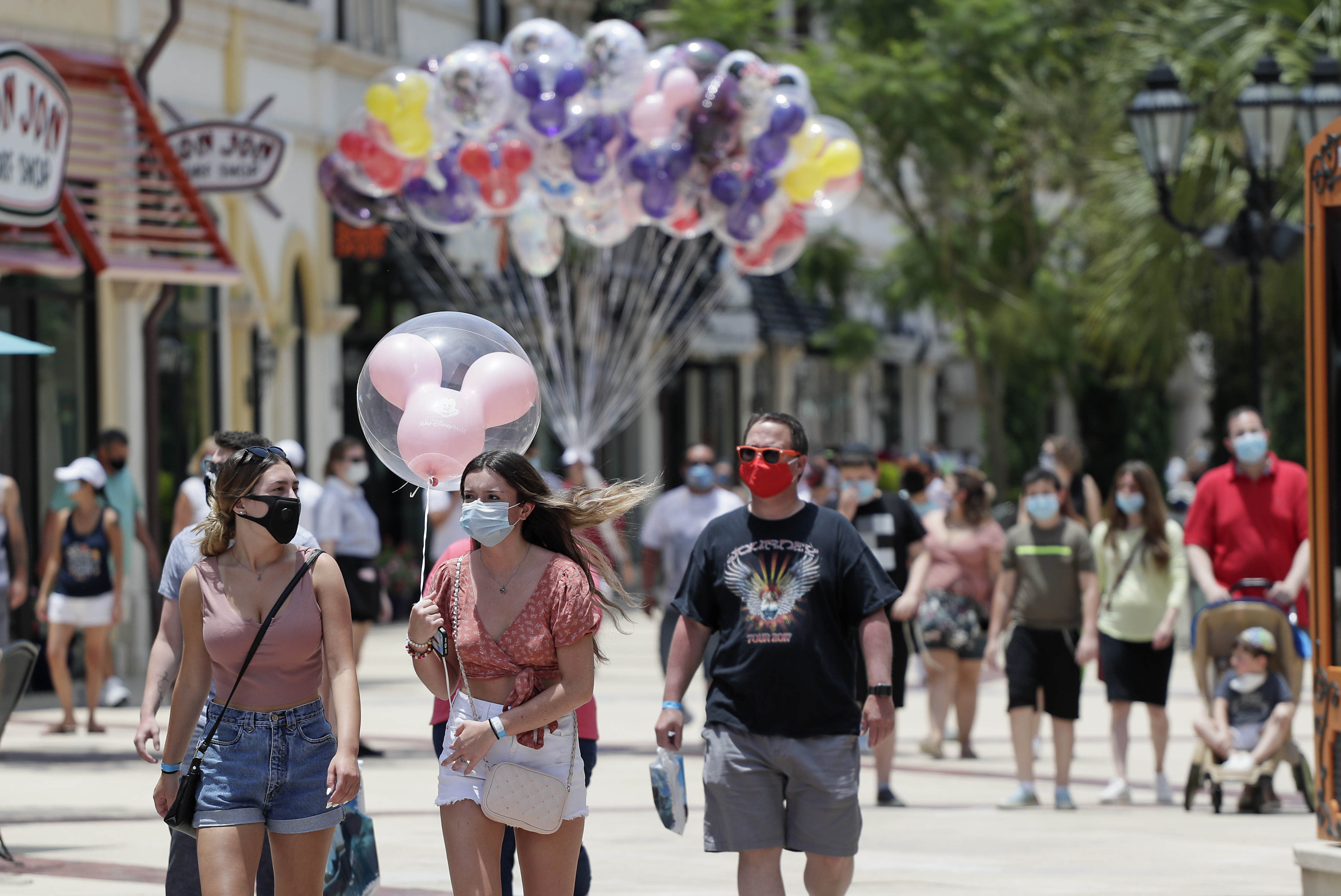 Florida is a particular concern as it also saw its biggest hospital admission rate to date yesterday, over 400 in just one day, while only around 14 per cent of the state's ICU beds were available on Thursday.

The seven-day average for deaths has nearly doubled in just three weeks, approaching the period in early May when that rate went as high as 60.

Health experts from University of Massachusetts predicted 15,000 more Americans would die by August as Trump cited his February flight bans and insisted his administration was "doing great".

Trump still insists that the US is "doing great" however and has discredited his lead scientist, saying that Fauci is "a nice man, but he's made a lot of mistakes", as the rift between them appears to be widening. 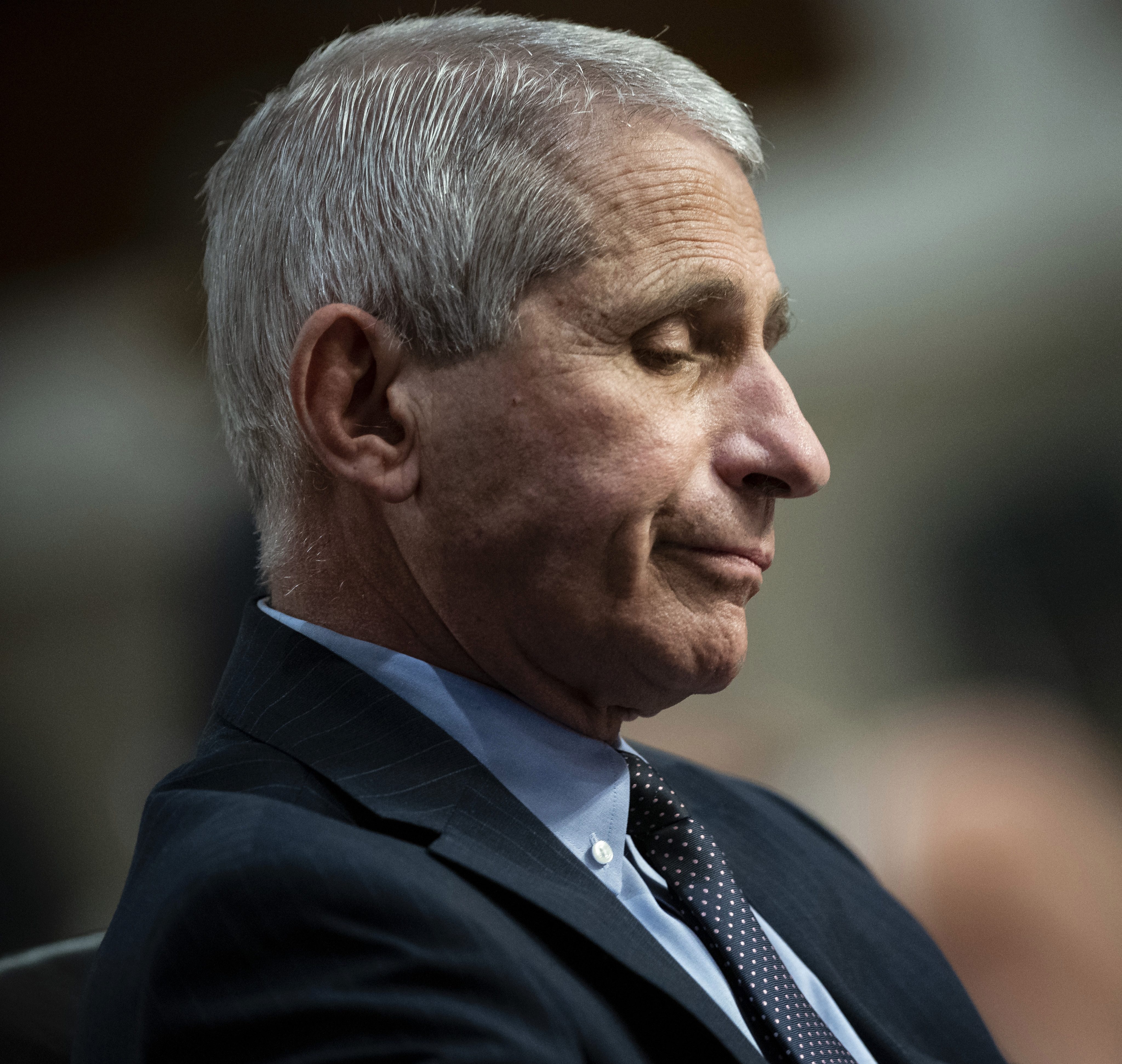 Speaking about the coronavirus situation in a modest, yet telling interview with FiveThirtyEight, Fauci said: "I don't think you can say we're doing great.

"As a country, when you compare us to other countries, I don't think you can say we're doing great. I mean, we're just not."

Fauci said that the political divisiveness encouraged by the Trump administration has made a coordinated response against the virus more difficult.

"You have to be having blindfolds on and covering your ears to think that we don't live in a very divisive society now, from a political standpoint.

"I think you'd have to make the assumption that if there wasn't such divisiveness, that we would have a more coordinated approach," he said. 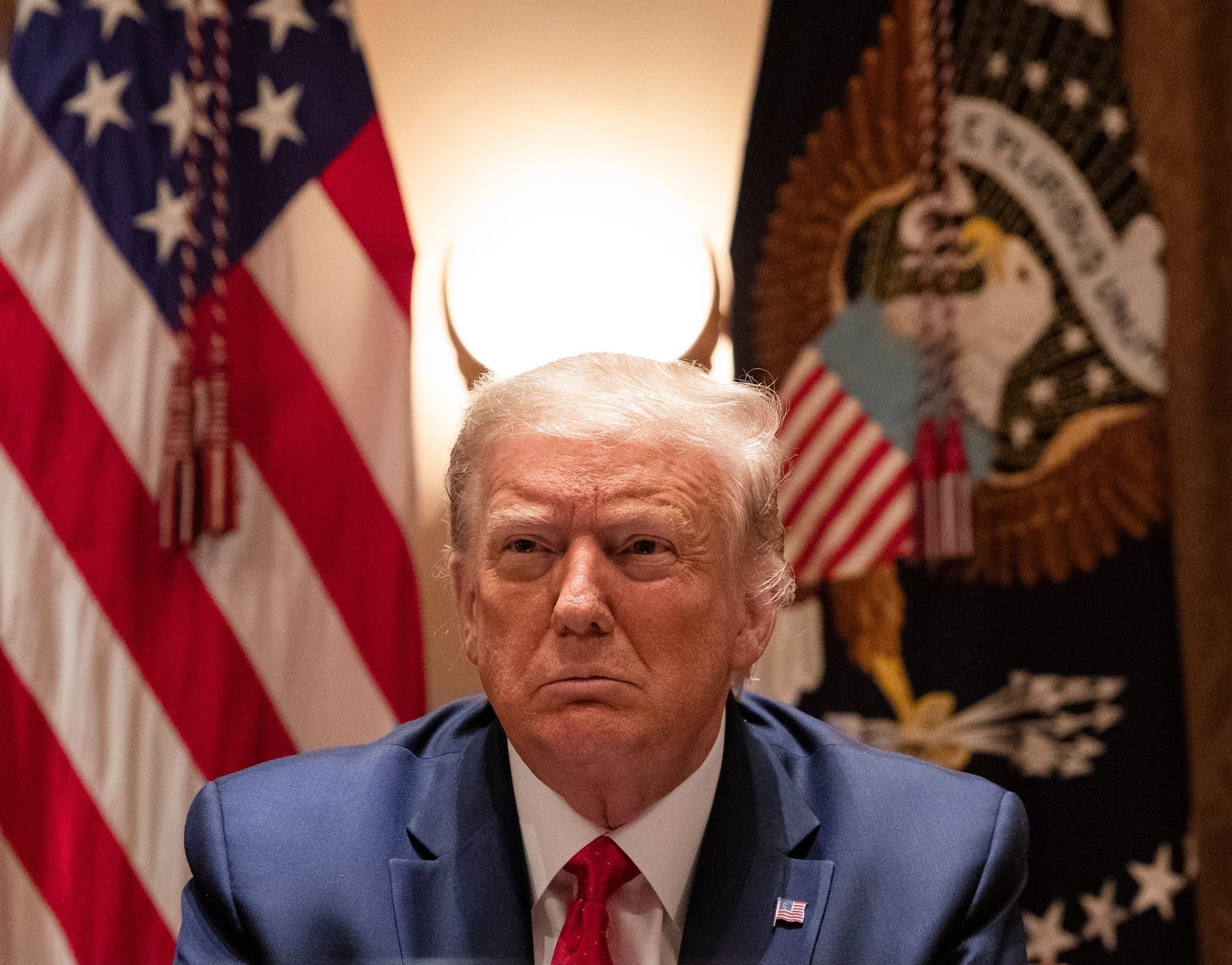 Fauci praised cities like New York who have managed to fight the virus more effectively, under Gov Cuomo and Mayor de Blasio, saying "you have a governor and mayor in the city who understand what it means to go by the guidelines for the gateway: phase one, phase two, phase three. So you're doing well."

Fauci's comments are consistent. On Monday he said in a Twitter livestream that "the current state is really not good", adding "We are still knee-deep in the first wave of COVID-19 infections."

On Wednesday, Fauci encouraged states that are experiencing a surge in coronavirus to consider shutting down.

Fauci said the troubling spikes are a result of local governments ignoring health guidelines in an eager "quest" to reopen the economy.

While not blaming anyone directly, he said that states that rushed their reopening are seeing surges.

"Any state that is having a serious problem, that state should seriously look at shutting down."

He also re-emphasised social distancing measures like wearing a mask and staying away from each other, and encouraged states to close bars and social venues.

His warnings come as cases and death rates in California, Florida, Texas and Arizona are consistently breaking records as the virus continues its fierce attack on the US.

The Facts: Coronavirus in the US by numbers

The US has now recorded around 3.12million cases and has had well over 133 thousand deaths.

The country has seen around 58 thousand cases reported every day over the past week.

Thursday, July 9, marked the second day in a row that infections have risen by at least 60,000, according to a Reuters tally.

This daily average is more than at least 100 countries' total cases.

It is more than the entire population of Carson City, NV, getting infected every day.

Around 700,000 more Americans have been recorded infected than in the whole of Europe, including Russia.

For a third day in a row, US deaths climbed by more than 800, the highest levels since early June in spite of New York curbing their deaths dramatically.

There is a particular surge in the south and in California as states are now consistently reporting over 120 deaths a day.

Infections are increasing in 41 out of 50 states, according to a Reuters analysis of cases for the past two weeks compared with the prior two weeks.

Fauci is now increasingly at odds with Trump and the relationship between the two men is becoming sour.

Trump said he disagreed with Fauci's assessment on the situation.

In an interview on Full Court Press on Tuesday Trump insisted "we are in a good place" before adding, "I disagree with him."

"He's said numerous things – don't close off China, don't ban China, and I did it anyway.

"I didn't listen to my experts and I banned China. We would have been in much worse state.

"You wouldn't believe. The number of deaths more we would have if we didn't do the ban, and then we banned Europe also when Italy and the various countries were in such trouble.

With California, Florida and Texas recently breaking records, hopes are fading for an economic rival and US stocks closed down about 1 per cent as investors worry another lockdown will cripple businesses.

Cases are also rising in rural states like Alabama, Montana and Wisconsin recorded their biggest one-day rise in cases ever on Thursday. 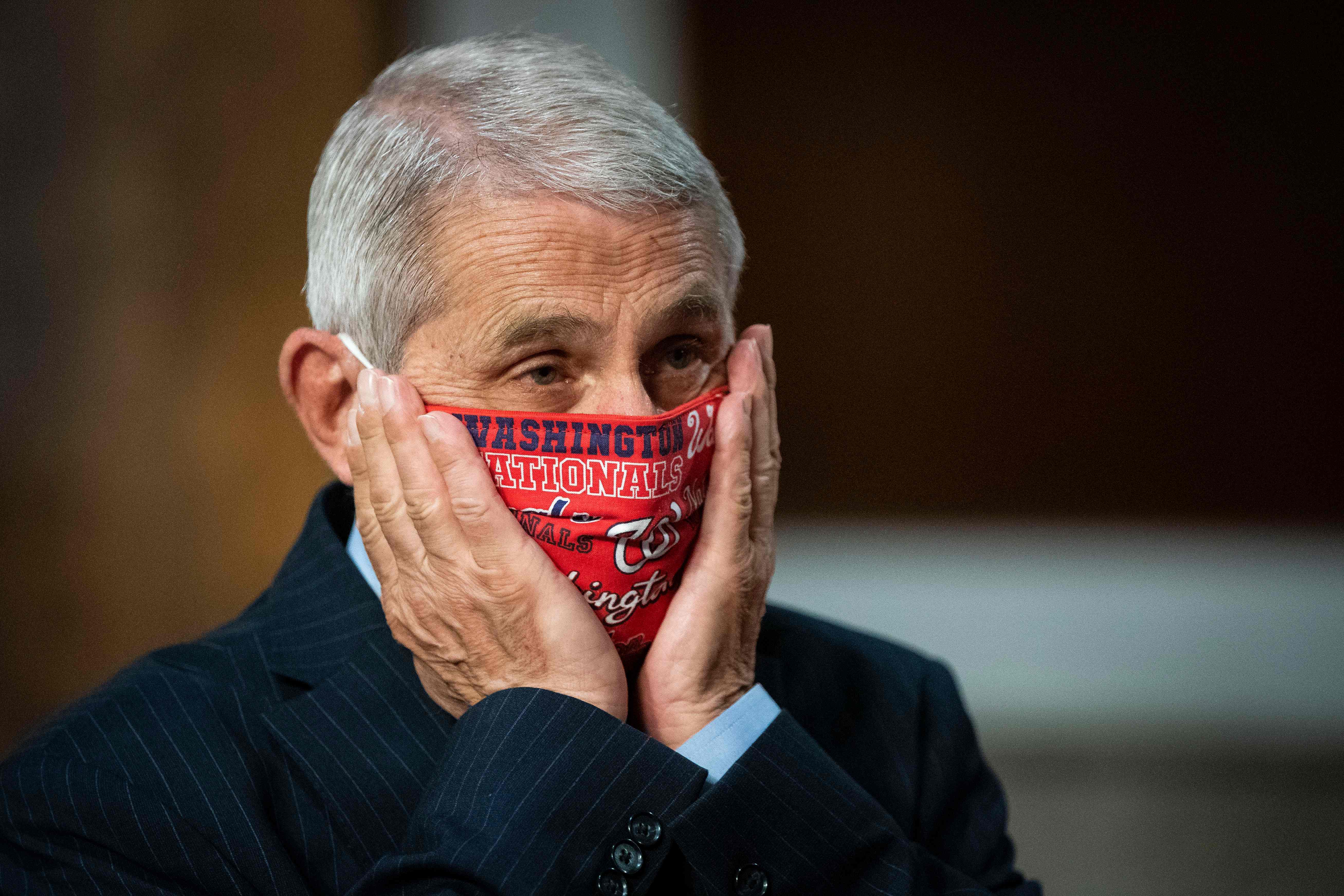 Some Americans are hesitant to return to public spaces and work despite Trump's efforts to downplay the risks.

Others, particularly those in impoverished areas, are finding it impossible to get tested.

Arizona continues to report record highs for hospitalizations and use of ventilators.
After a drop in the number of new cases in the early part of the week, they shot back above 4,000 on Thursday.

Texas hit a new high for coronavirus deaths in a single day and Gov Greg Abbott says the numbers next week may be even worse.

Texas reported a new high for hospitalizations for the 10th consecutive day as Austin is turning its convention center into a field hospital.

In Houston, a growing number of people are dying at home before the paramedics even arrive, which is very similar to what happened to New York when the virus rapidly started to spread in March and April. 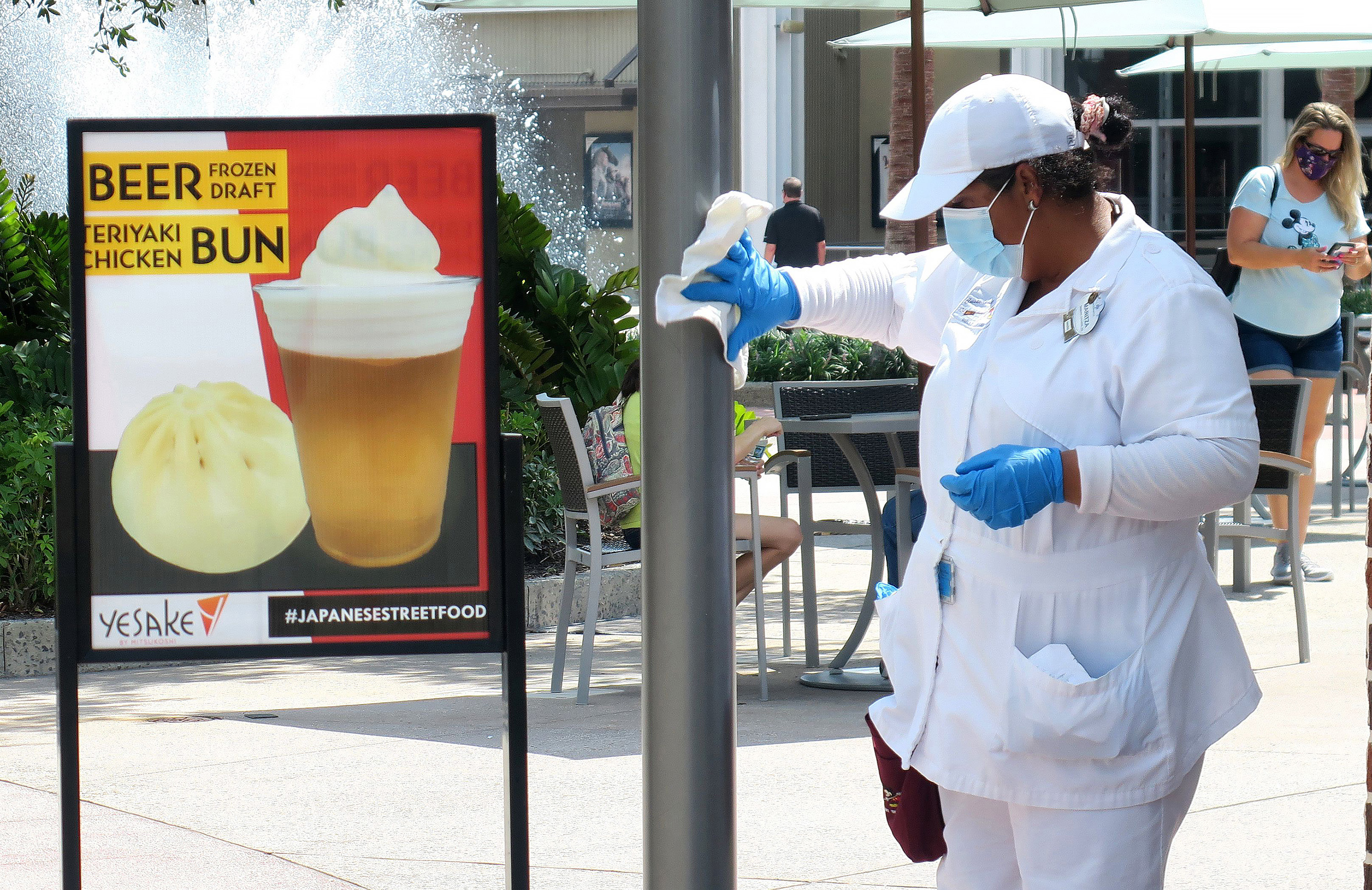 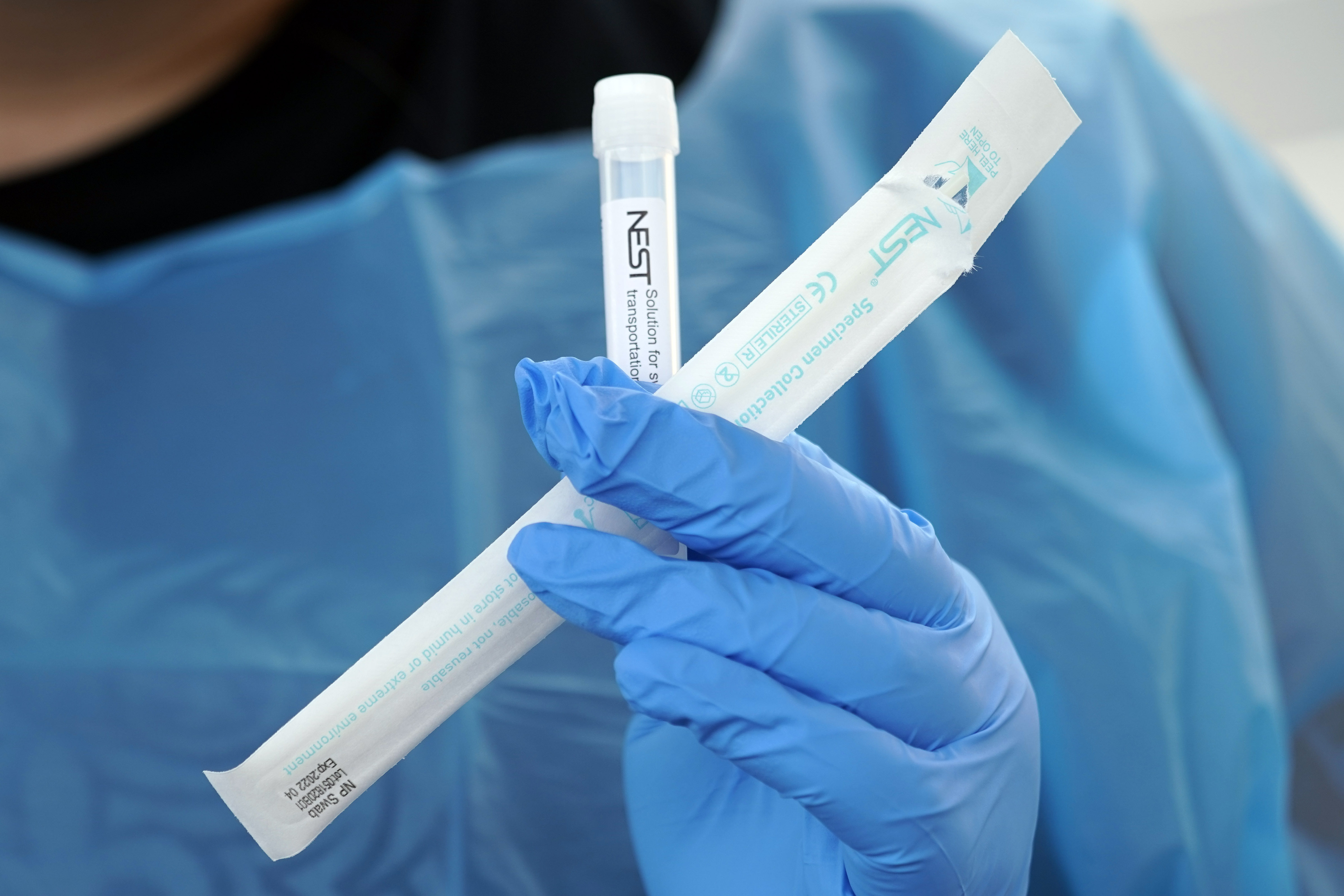