The U.S. Court of Appeals for the District of Columbia Circuit heard oral arguments over whether the House of Representatives Ways and Means Committee can obtain the former president's tax returns from the Internal Revenue Service, part of the Treasury Department.

Trump lawyer Cameron Norris argued that there is no legitimate reason for the Ways and Means Committee to see the tax returns. Sentelle indicated he disagreed with that, saying it is possible the committee has both legitimate legislative reasons for wanting the tax returns and illegitimate political motivations.

"You're pleading may not carry the ball for you because there may be a legislative actor who has two purposes," Sentelle said. "You allege they have one. And I'm asking you: why isn't it possible they have two?"

A ruling for the committee could lead to Trump's financial dealings being revealed ahead of the 2024 presidential election. It could be months before the intermediate appeals court issues a ruling, which would likely be appealed to the U.S. Supreme Court.

Trump is appealing a lower court decision from December 2021 that determined the Democratic-led committee chairman has broad authority to obtain a former president's tax returns.

Trump was the first president in 40 years not to release his tax returns as he aimed to keep secret the details of his wealth and the activities of his family company, the Trump Organization.

A federal law empowers the chairman of the House Ways and Means Committee to request any person’s tax returns from the IRS. 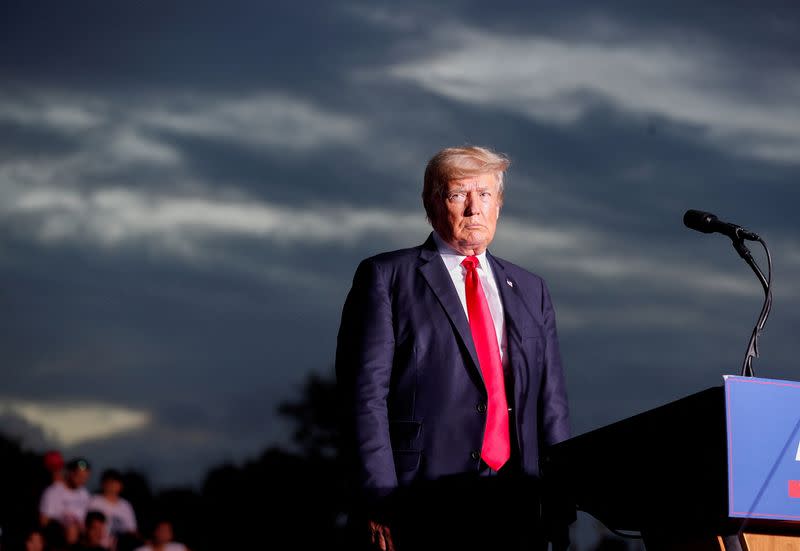 Invoking that statute, the committee sued in 2019 to force disclosure of Trump's tax returns.

House Democrats have said they need Trump's tax returns to see if the IRS is properly auditing presidential returns and to assess whether new legislation is needed.

Trump's lawyers have called that explanation "pretextual" and "disingenuous," saying the real aim is to unearth politically damaging information about Trump.

In 2019, while Trump was in office, the U.S. Justice Department issued a legal memo supporting his arguments.

But then in July 2021, after Trump lost his reelection campaign, the Justice Department reversed course and said the House committee had offered "sufficient reasons" for seeing the tax returns.

The Justice Department memo prompted Trump to file counterclaims against the Ways and Means Committee, seeking a judicial declaration that the committee had exceeded its constitutional authority.

U.S. District Judge Trevor McFadden, a Trump appointee, sided with Congress in December. McFadden said Trump was "wrong on the law" in seeking to block the Ways and Means Committee from obtaining his tax returns.

The U.S. Supreme Court last year cleared the way for a Manhattan prosecutor to obtain Trump's tax returns from his accounting firm, but that ruling did not directly affect the Ways and Means Committee's case.