Home » World News » Trump on NFL: ‘If they don’t stand for the national anthem, I hope they don’t open’

Trump on NFL: ‘If they don’t stand for the national anthem, I hope they don’t open’

President Donald Trump called into Clay Travis’s Fox Sports radio show on Tuesday morning to talk about the impact of COVID-19 on sports, but he couldn’t resist hitting on his favorite topic: athletes protesting by kneeling during the national anthem.

After talking about Tom Brady’s move from the New England Patriots to the Tampa Bay Buccaneers, Trump discussed the NFL as a whole. He complimented the NFL and team owners for working with “government” to open their season safely amid the COVID-19 pandemic, but said that he’d rather there be no professional football this year if players choose to kneel during the anthem.

‘I hope they don’t open’ 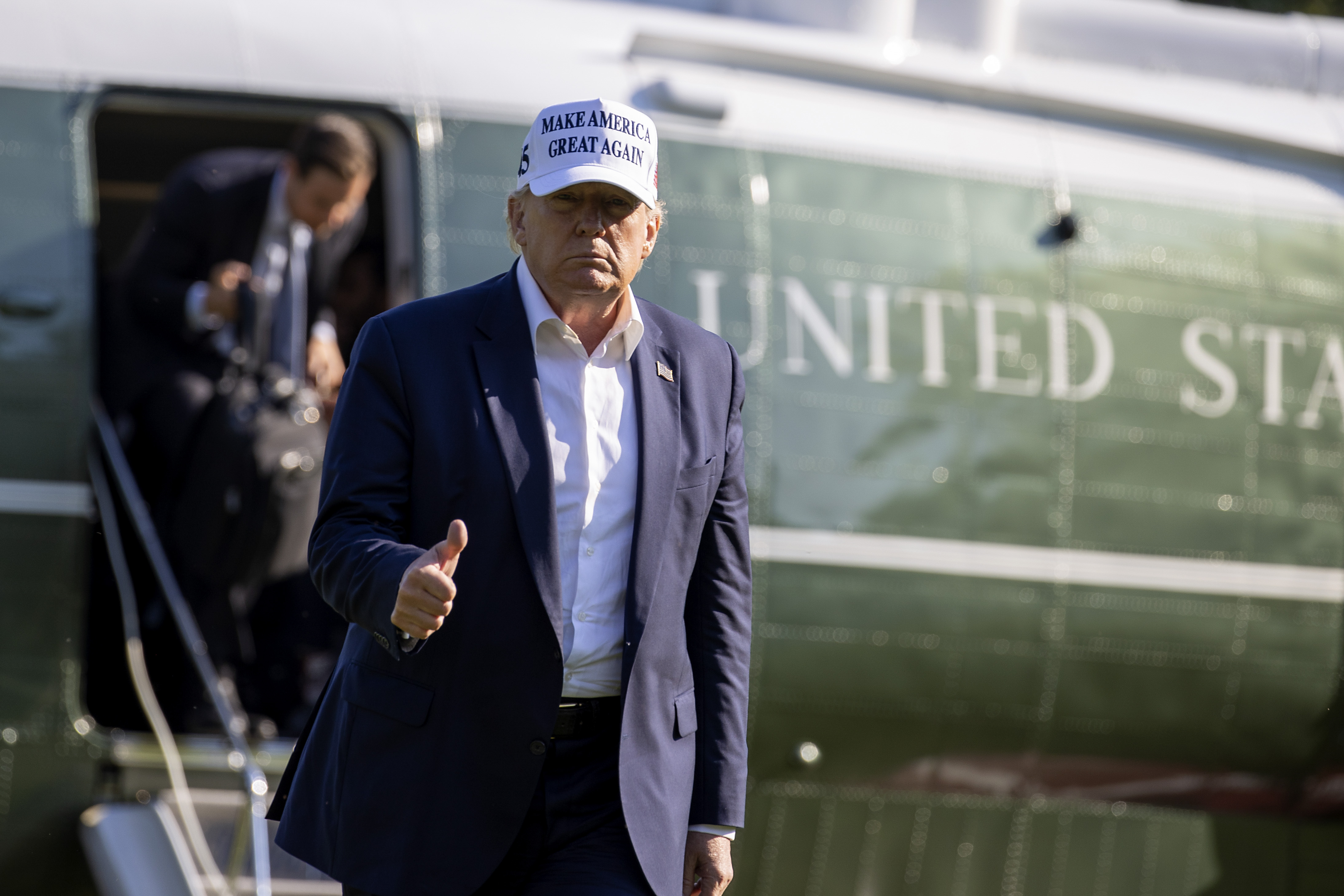 Trump complimented the NHL’s pregame social justice demonstration, which involved no formal kneeling from players and no Black Lives Matter messaging. Both MLB and the NBA had pregame ceremonies that involved kneeling and Black Lives Matter messaging, and Trump said he didn’t like either one. He took particular offense to the NBA, saying that their demonstrations were “very nasty” and that people were “angry” about it. He also said that the NBA’s social justice demonstrations are why their TV ratings have been down.

The NFL has yet to unveil any formal plans for organized pregame social justice demonstrations, though since the NBA, NHL, and MLB have all done something, it’s likely the NFL will follow suit. It’s unknown what NFL players might do individually during their first week and thereafter, or if the Players Coalition will get involved.

If any NFL players do decide to kneel during the anthem, Trump made his feelings very clear.

“You have to stand for your flag, and you have to respect your flag and your country,” Trump said. “You’re making millions of dollars a year playing a sport you’d be playing anyway, they’d be playing it on the weekends. And they have to respect their country. If they don’t, frankly, if the NFL didn’t open I’d be very happy. If they don’t stand for their flag and stand strongly, I’d be very happy if they didn’t open.”