Turning 50 in 2022: Essential albums from the Rolling Stones, Elton John, Eagles worth celebrating

Album milestones are hardly an anomaly.

Every year could mark the significant anniversary of myriad classic works. But the early 1970s produced an overwhelming number of albums that could rightfully boast a “timeless” tag. And even this year, with another batch turning 50, it’s a daunting task to whittle a manageable list. 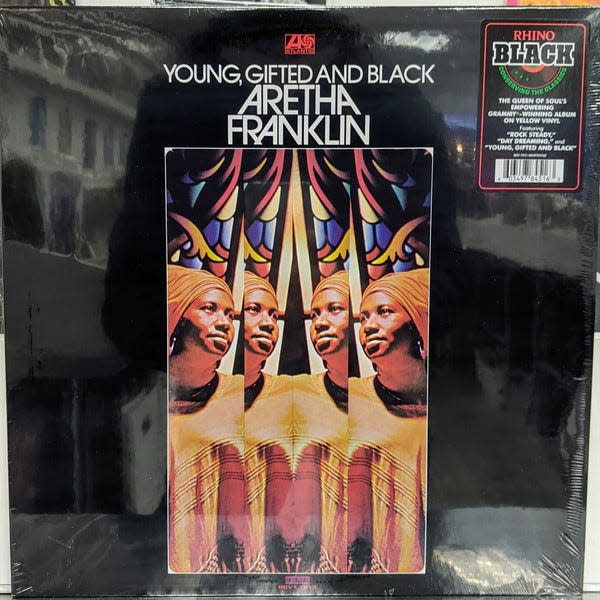 So here, listed alphabetically, are 10 of the most enduring albums celebrating the milestone of 50 years in 2022:

What should have been a celebration following the band’s live “At Fillmore East” triumph was instead a watershed moment that determined the future of the Allman Brothers Band. Released four months after the tragic motorcycle accident that killed founding guitarist Duane Allman, the double album included his playing on songs recorded in Miami a few weeks before he died, as well as live takes from the Fillmore East performances. The nine tracks included a 33-minute exercise in musicality on “Mountain Jam,” as well as Gregg Allman’s searing vocals on “Ain’t Wastin’ Time No More” and his brother’s favorite song, the wistful “Melissa.” The album title came from a comment Duane Allman made to a magazine writer in 1971, who asked what he was doing to help the late-Vietnam era “revolution.” “I’m hitting a lick for peace – and every time I’m in Georgia, I eat a peach for peace,” he said.

David Bowie, ‘The Rise and Fall of Ziggy Stardust and the Spiders from Mars’ (June 16)

With one swinging blues-rock riff and a sneering opening lyric – “Well we got no choice, all the girls and boys/making all that noise, ‘cause they found new toys” – Cooper twisted the title track into an eternal anthem of rebellion and celebratory abandon. As the only single released from the album – the fifth for the band (and yes, Alice Cooper was technically a band) – “School’s Out” hit No. 7 on the Billboard Hot 100, but its fist-pumping mantra helped propel the nine-track album to No. 1 on the Billboard 200.

From the opening chords of “Take it Easy,” the first track on the Eagles’ self-titled debut, the band signaled a fully-formed arrival. That initial single, with Jackson Browne giving Eagles co-founder Glenn Frey a co-writing assist, exemplified the blithe-yet-biting California vibe that would permeate the band’s oeuvre for the next decade, adeptly blending country, rock and folk into a slick package that prompted salivating among radio programmers. The Eagles’ quick success continued with subsequent singles “Witchy Woman” and “Peaceful Easy Feeling,” with both songs spotlighting the band’s windswept harmonies that anchored many a future hit.

While not among the band’s most critically acclaimed albums, the fifth studio offering from Ian Anderson and Co. was a major commercial success as well as a tongue-in-cheek jab at critics who classified 1971’s “Aqualung” as a concept album. Anderson took offense at the notion – to him, “Aqualung” was just a traditional assembly of songs – and turned “Thick As a Brick” into a spoof of prog-rock icons of the era, such as Yes and Emerson, Lake & Palmer. With its mélange of time changes, flutes, lutes and organs, the music – all written by “Gerald Bostock” (aka Anderson) – runs as a continuous sequence, but is really a collection of individual songs.

Among the reasons John’s fifth studio album deserves its longstanding acclaim: It gave us “Rocket Man” and “Mona Lisas and Mad Hatters” and launched John to his first No. 1 album (he would earn six more consecutively in subsequent years). One reason it doesn’t? “Honky Cat.” But even the grating – albeit perky – bop with its dusting of sax and funk demonstrated John’s musical elasticity. As for the officially titled “Rocket Man (It’s Going to Be a Long, Long Time),” that hazy epic has proved so everlasting, it recently returned John to the charts in its mashup form with Dua Lipa (“Cold Heart (Pnau Remix)”).

Reed’s solo career upon leaving The Velvet Underground was met with critical and commercial indifference. But his second album, produced – and heavily influenced by – David Bowie and Mick Ronson hit the sweet spot with the quirky “Walk on the Wild Side,” a song unafraid to tackle then-taboo topics such as transgender people and male prostitution wrapped in the seediness of 1970s New York. The album’s other memorable contribution to Reed’s burgeoning solo success, “Perfect Day” (resurrected in 1996’s “Trainspotting”), remains striking in its simplicity.

The Velvet Underground documentary delves into complexities of Lou Reed

Recorded in a mobile studio in the south of France (where the band was living as tax exiles, hence the title), the double album required a slow burn to success. Some felt the 18 songs were too scattershot in musical consistency, especially coming off the meaty blues-rock of 1971’s “Sticky Fingers.” But the Keith Richards-sung “Happy,” as well as the country-rock ballad “Sweet Virginia,” the sauntering “Tumbling Dice” and a reinterpretation of Robert Johnson’s “Stop Breaking Down” anchored its legacy. In 2007, the Rock & Roll Hall of Fame tagged “Exile” at No. 6 on its “Definitive 200” list of albums every music lover should own.

The debut album from Donald Fagen and Walter Becker – and, for the only time in the group’s history, David Palmer on lead vocals on two tracks – instantly captivated with its esoteric mishmash of jazz and soft rock. Though Steely Dan songs are now often unfairly relegated to “yacht rock” playlists, there is nothing pedestrian about “Do It Again” and “Reelin’ in the Years,” despite their exhausting ubiquity over the decades. The album peaked at No. 17 on the Billboard 200 and laid the foundation for 1973’s stellar follow-up, “Countdown to Ecstasy.”

Wonder was all of 22 years old in 1972, yet “Talking Book” represented his 15th studio album. A prodigious musician into young adulthood, Wonder established himself as a musical chameleon with this synthesizer-heavy release, even dousing “Superstition” with a clavinet – not exactly a characteristic sound at the time. Along with its commercial success – “Superstition” and “You Are the Sunshine of My Life” both hit No. 1 on the Billboard Hot 100 – the release scored Wonder his first Grammy wins (best male pop vocal for “Sunshine” and best male R&B vocal and best R&B song for “Superstition”).