Two British girls are hospitalised in Italy after being gang raped

Two British girls have been hospitalised after they were allegedly gang raped following a party while on holiday in Italy.

The teens remain in hospital after they were punched and kicked by a group of boys, in the small town of Marconia in the southern region of Basilicata.

The tourists, whose ages have not been revealed, were attending a house party on the edge of town when they were attacked.

It is not clear if the alleged rape took place at the event itself or somewhere nearby. 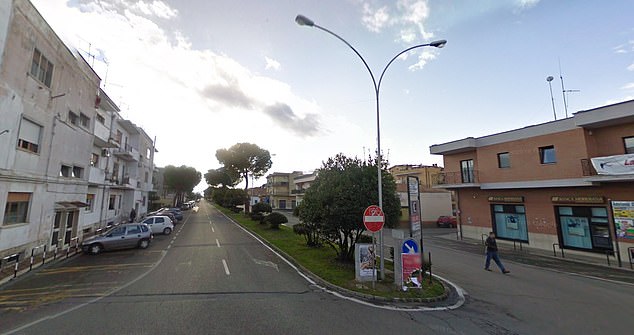 The 12,000 residents of Marconia are in deep state of shock, according to the local paper which called it an ‘extremely shameful’ case (pictured: the main street in the little town)

The girls were able to make it back to their accommodation where police were alerted and they were then rushed to a hospital in Matera, around 40 miles away.

The girls were suffering from both ‘physical pain and shock.’

The 12,000 residents of Marconia are in deep state of shock, according to local paper La Gazetta Del Mezzogiorno which called it an ‘extremely shameful’ case.

The Pisticci State Police Commissioner is leading the investigation and few details have been released due to young ages of the alleged victims.