SHOCKING video shows the nightmare moment a pushchair somersaults down an escalator at a shopping centre.

Two young children suffered head injuries after the pram went head over heels as it tumbled down the moving staircase. 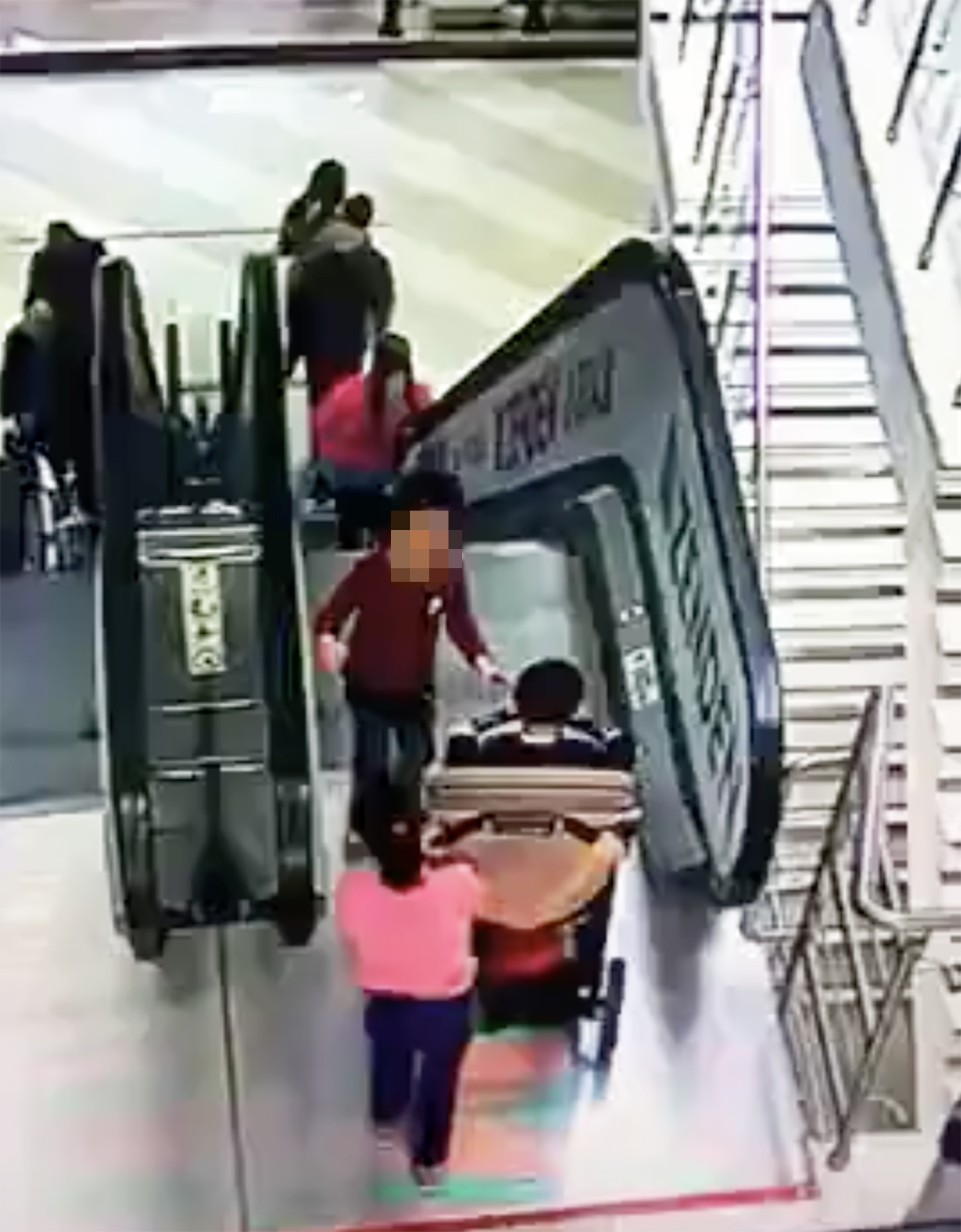 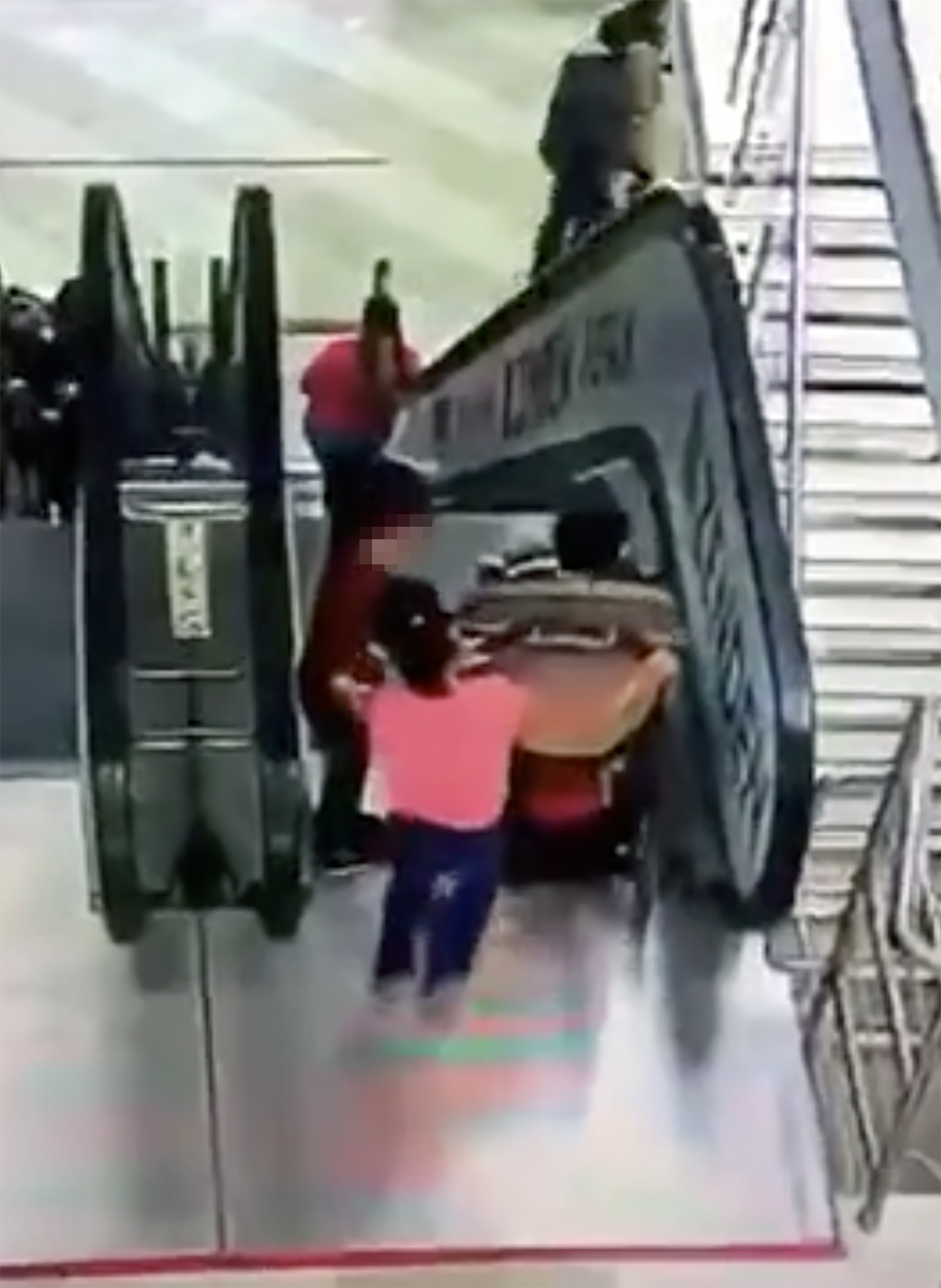 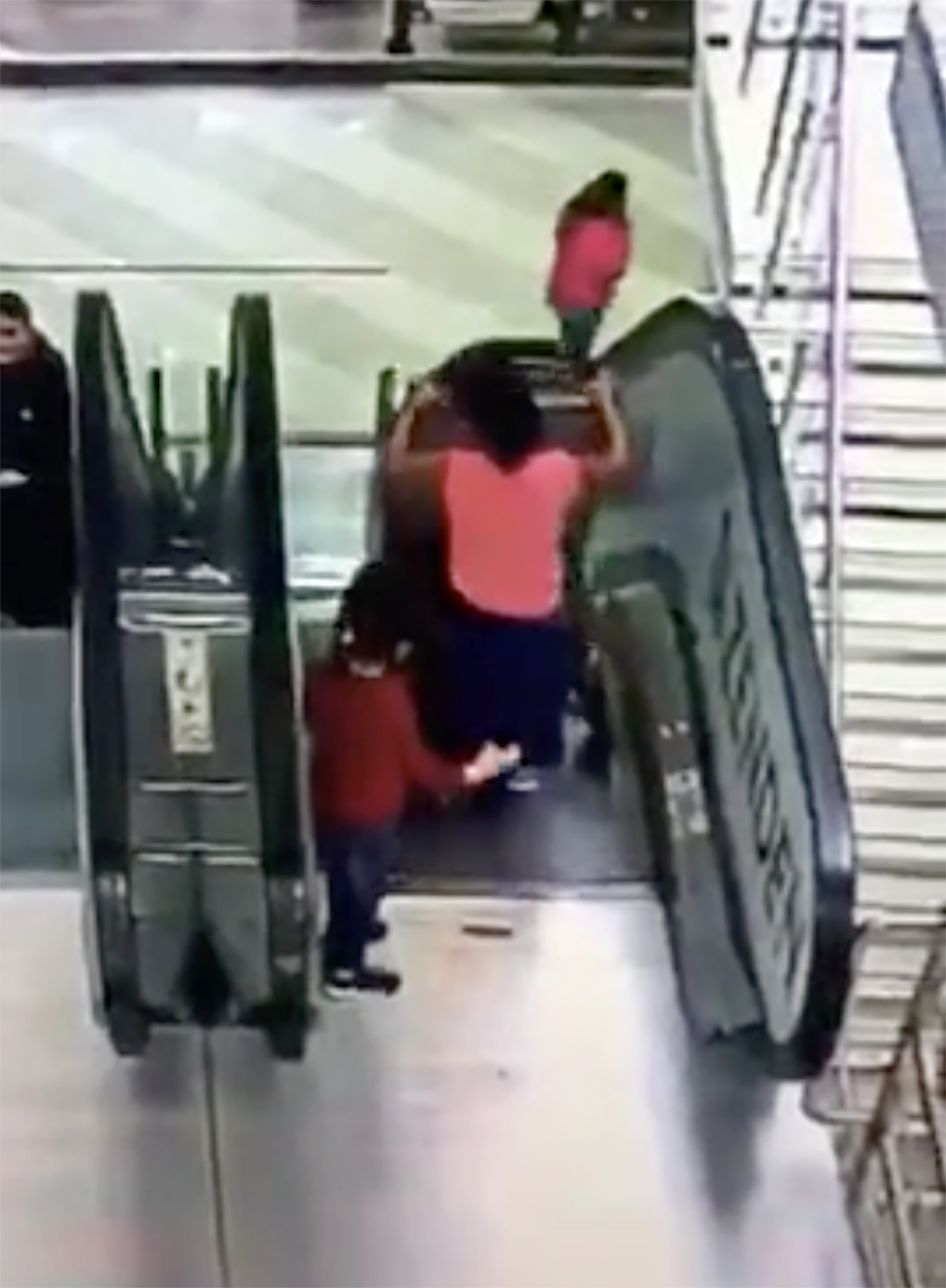 Police are now investigating to establish the whereabouts of the children's parents after the horror incident in Moscow, Russia.

CCTV video shows two children, one in red and one in pink, with a stroller at the top of the escalator.

The girl in pink is pushing another child in the stroller as they come across the circulating belt staircase.

She appears to be struggling as she attempts to move the pushchair onto the moving steps.

After about seven seconds, she rolls the buggy onto the flat section at the start of the escalator.

But then as the stairs begin to fall away, disaster strikes.

The pushchair tumbles forward as the child in red watches on helplessly from the top of the steps.

The girl in pink attempts to keep hold of the buggy, but is then flung over the top of it as it somersaults and flips.

Going end-over-end, the child in red then appears to run for help as adults on the lower floor are scene rushing to the rescue.

The pushchair containing the youngest child completely flips three times before coming to a rest upside down.

It is then bucked by the grinding movement of the escalator as someone steps in to pick it up and help. 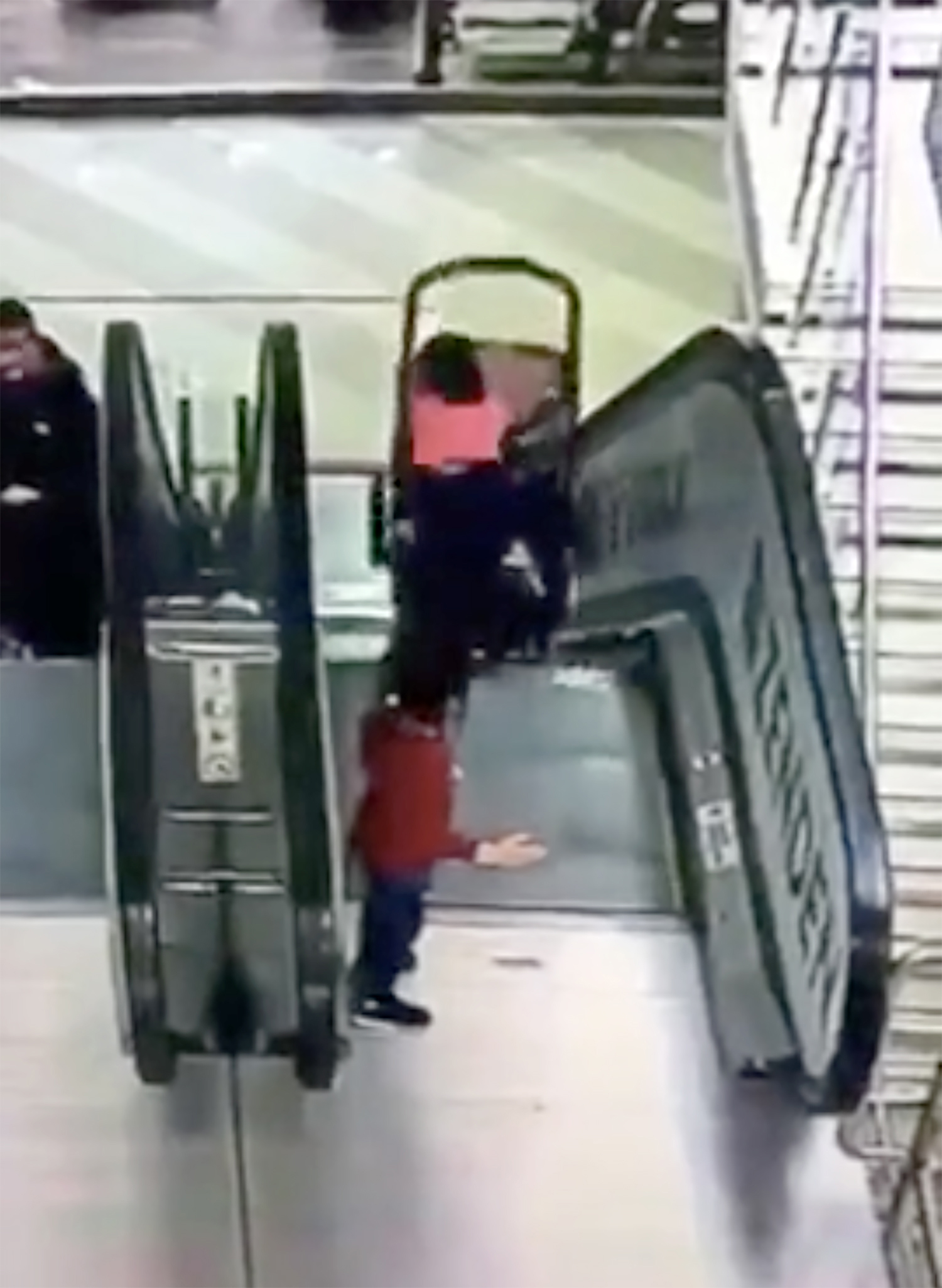 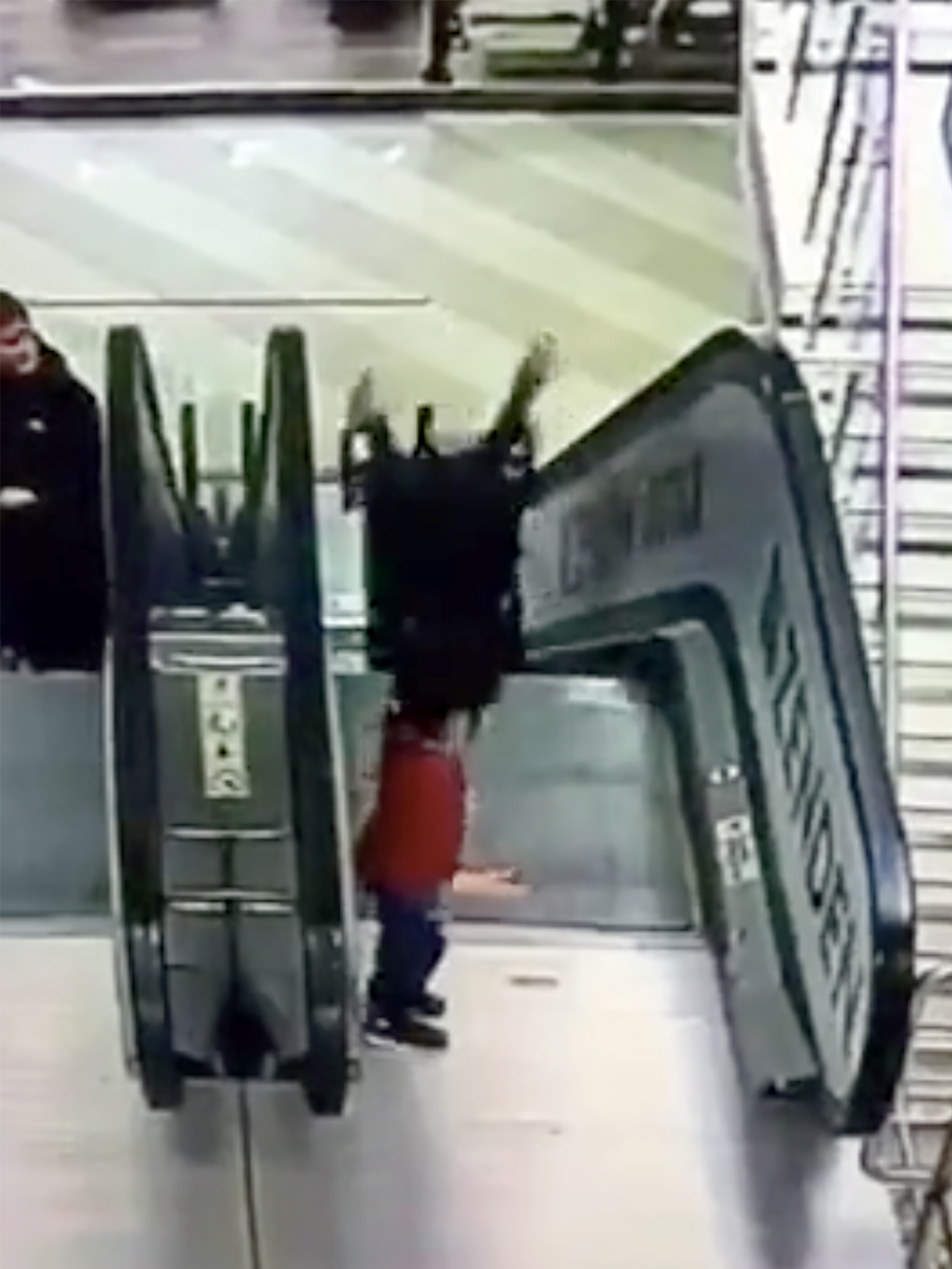 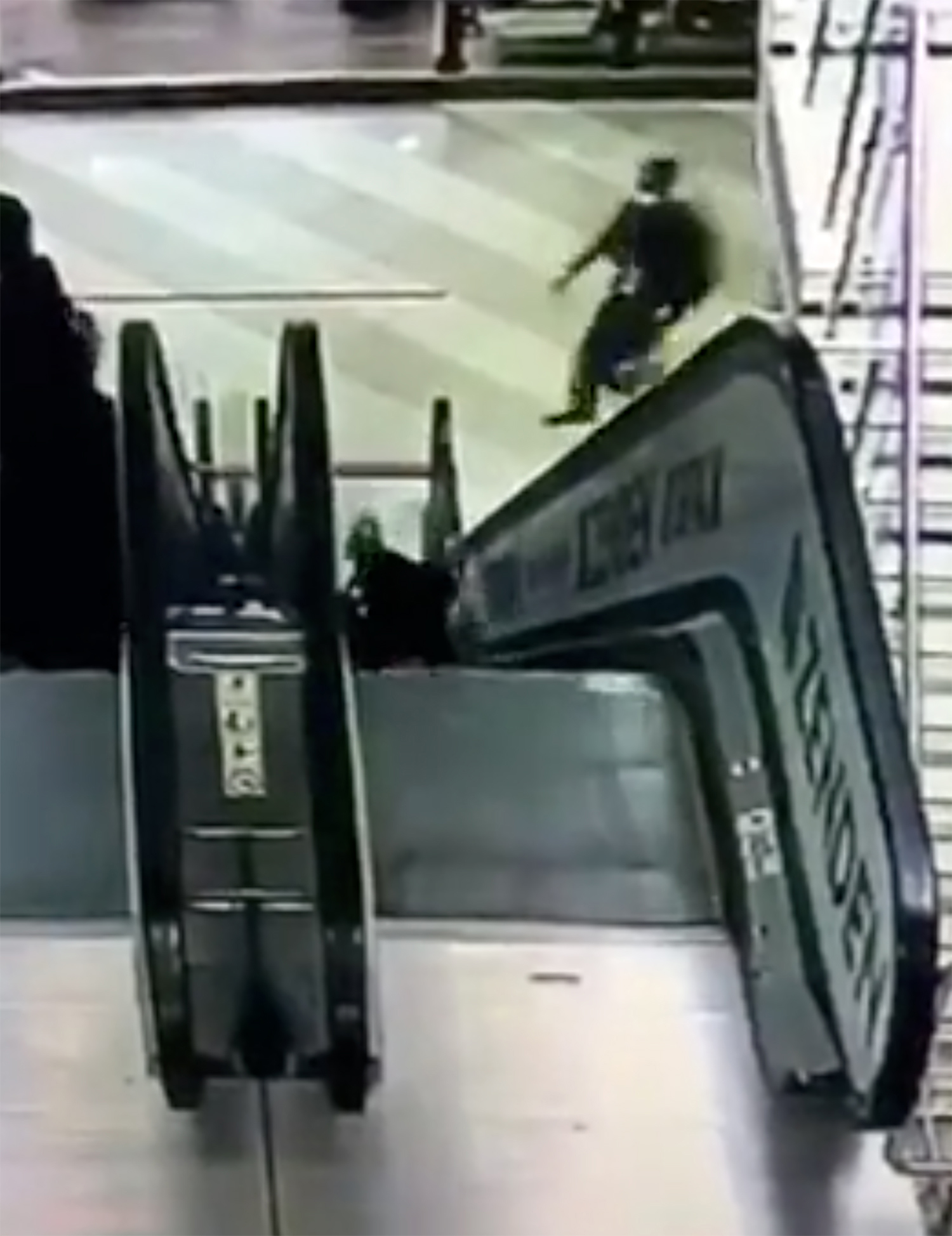 Authorities are now investigating the horror incident which injured the girl in pink and the young child in the stroller.

A woman is seen going down the escalator before the accident, but its unclear if she is the children's mum.

She does not appear to rush to help them along with the two other bystanders after disappearing from frame.

Russian news website kp.ru reports that the incident happened at a mall in Andropova Avenue in South Moscow.

It comes after a four-month-old baby was killed after he mum lost balance while riding an escalator in China.

And last year in the US, a three-year-old boy plunged to his death after getting his clothing caught in an escalator at an airport in North Carolina.