Two police stations in Northern Ireland have been forced to shut for deep cleaning after eight officers tested positive for Covid-19.

Both Antrim and Newtownabbey station – which are around 17 miles apart – remain closed as the disinfections are carried out.

More than 50 police across the district are self-isolating with more due to be tested, a senior commander said.

The news comes ahead of further lockdown restrictions that will be imposed from Monday as Northern Ireland continues to tackle the coronavirus pandemic. 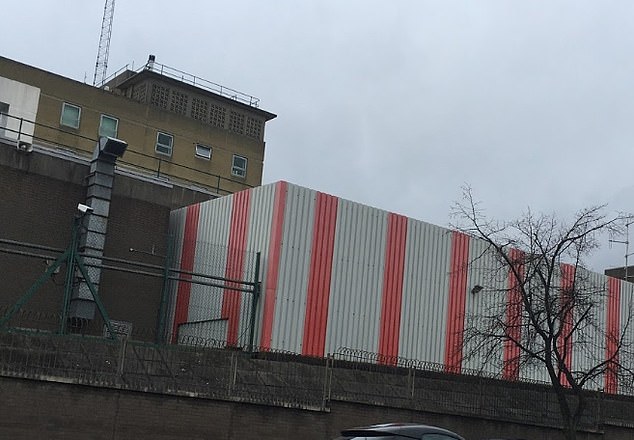 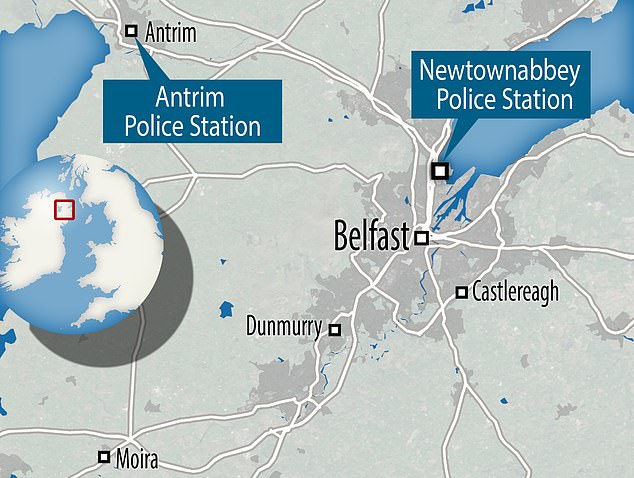 The two stations in Northern Ireland are around 17 miles apart. The outbreak comes at the same time as a rise has been recorded in the number of people who have died with coronavirus

Alan Todd, Assistant Chief Constable for Police Service of Northern Ireland, said: ‘Following reports of a number of officers from Antrim station being unwell, these officers have undergone testing for Covid-19.

‘At this time, eight of these officers have tested positive for the virus.

‘We have undertaken, and we will continue to undertake, a range of appropriate measures, in line with public health advice and guidance, to address the issue.’

He added that Newtonabbey station has also been shut while a deep clean is carried out.

Antrim’s Serious Crime Suite has been used in the past to interview those suspected of paramilitary involvement as well as other major crime.

Mr Todd said the force has plans in place to ensure service delivery is maintained to keep people and communities safe.

‘We are also working to identify any other risks arising from this outbreak and will address those with our health care partners,’ he said.

The outbreak comes at the same time as a rise has been recorded in the number of coronavirus deaths.

There were seven deaths involving Covid-19 in the week to August 14 – up from four the previous week. 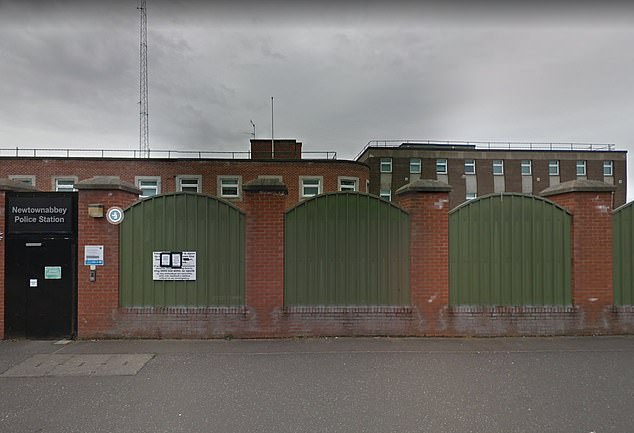 The total number of deaths in the region as of August 14 was 866, figures from NISRA show.

Health minister Robin Swann warned that the R-number in Northern Ireland is currently 1.3, meaning the virus is at risk of spreading.

On Thursday he announced new restrictions aimed at curbing the infection rate, which will come into effect from Monday.

The number of people meeting indoors is to be reduced to six from no more than two households, and the limit on numbers at outdoor gatherings will be slashed in half from 30 to 15.

From today those arriving in Northern Ireland from Portugal will not need to self-isolate, he said.

Austria, Croatia and Trinidad and Tobago will be added to countries for which quarantine is required.