Navy seizes THOUSANDS of Chinese and Russian assault weapons, sniper rifles and anti-tank missiles hidden on ship ‘sailing from Iran to Yemen’ in the Arabian Sea

The U.S. Navy has seized an arms shipment of thousands of illicit assault weapons, machines guns and sniper rifles hidden aboard a ship in the Arabian Sea likely headed for Yemen, officials have said.

The U.S. fifth fleet, based in Bahrain, announced on Sunday that the guided-missile cruiser USS Monterey discovered the weapons aboard a stateless dhow – a traditional Mideast sailing ship – in an operation that began Thursday in the northern reaches of the Arabian Sea off Oman and Pakistan.

An American defense official said the weapons resembled previous shipments which have been intercepted that were bound for Houthi rebels in Yemen.

Iran’s mission to the U.N. did not immediately respond to AP’s request for comment on the seizure but Tehran has denied providing rebels with weapons in the past.

Sailors boarded the vessel and found the weapons, most wrapped in green plastic, below deck. 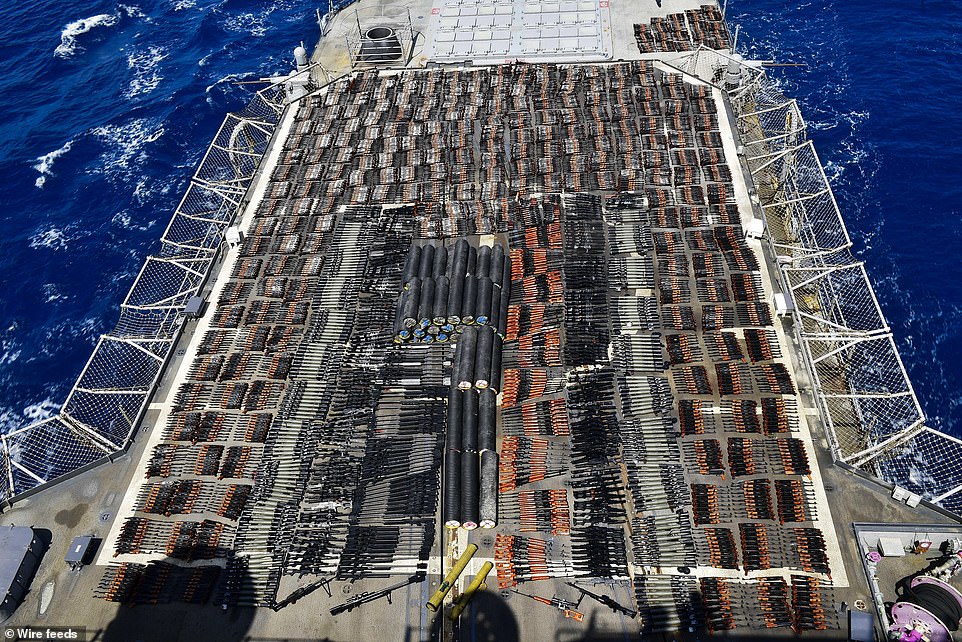 The U.S Navy laid out thousands of weapons seized from a stateless dhow in the Arabian Sea on the guided-missile cruiser USS Monterey (pictured) 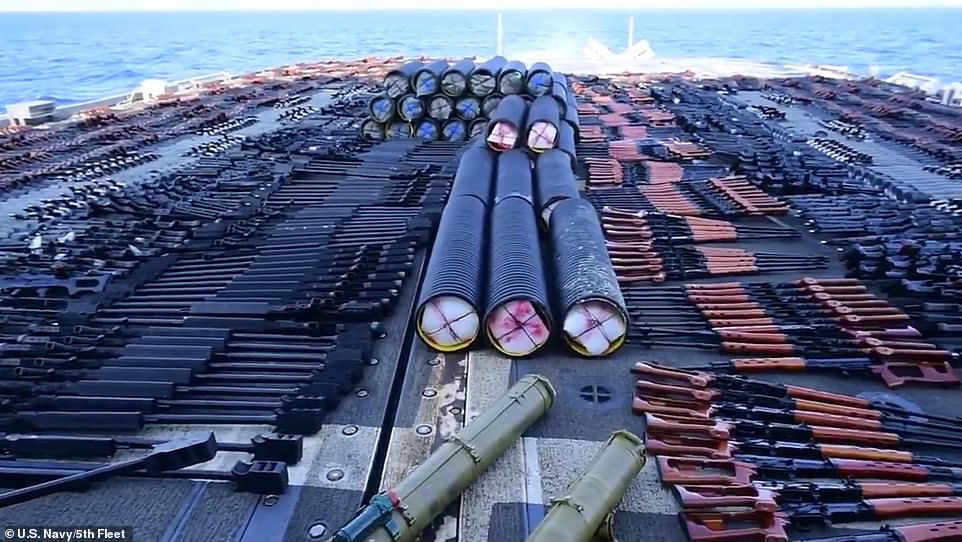 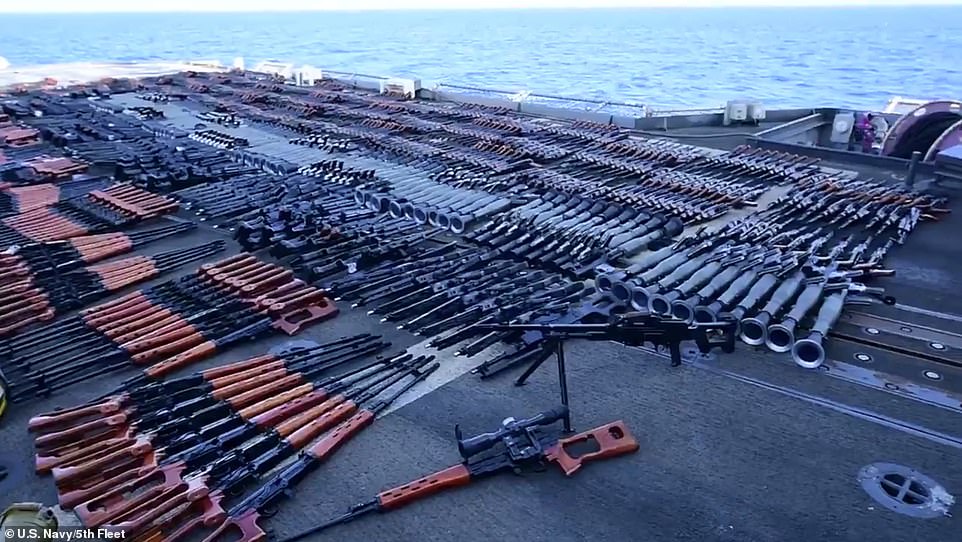 Among the haul were 3,000 Chinese Type 56 assault rifles, a variant of the Kalashnikov

‘After all illicit cargo was removed, the dhow was assessed for seaworthiness, and after questioning, its crew was provided food and water before being released,’ the Navy added.

This recent seizure appeared to be among the biggest in recent years as the long- running war in Yemen continues.

The Navy’s Mideast-based Fifth Fleet said they are investigating the weapons origin and destination.

‘The unique blend of materiel recovered by the USS Monterey appears to be consistent with the materiel from previous interdictions, which have been linked to Iran,’ Tim Michetti, an investigative researcher who studies the illicit weapon trade, told AP.

Yemen´s war began in September 2014, when the Houthis seized Sanaa and began a march south to try to seize the entire country.

Saudi Arabia, along with the United Arab Emirates and other countries, entered the war alongside Yemen´s internationally recognized government in March 2015.

The war has killed some 130,000 people, including over 13,000 civilians slain in targeted attacks, according to the Armed Conflict Location & Event Project.

Since 2015, the U.N. Security Council has imposed an arms embargo on the Houthis. Despite that, U.N. experts warn ‘an increasing body of evidence suggests that individuals or entities in the Islamic Republic of Iran supply significant volumes of weapons and components to the Houthis.’