Staff from the U-Vet Animal Hospital have accused the University of Melbourne of trying to “ram through” the closure of its Werribee facility to stop them from seeking assistance from the Fair Work Commission.

The staff announced on Sunday they had lodged an application with the commission asking it to intervene in the dispute with the university, which announced last month it would be closing its hospital after more than two decades, which would result in up to 100 job losses. 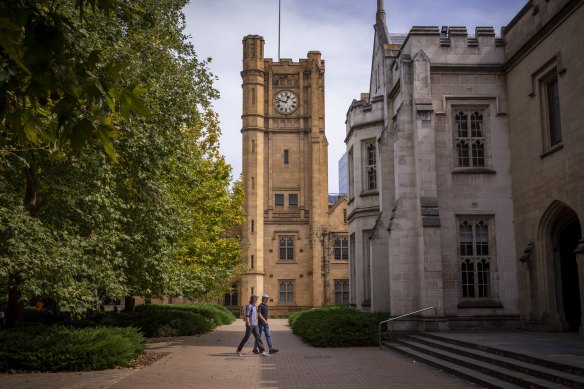 The University of Melbourne has been accused of ramming through the closure of its vet hospital.Credit:Wayne Taylor

The university has invited U-Vet staff to a meeting on Monday to outline its plan for the hospital after a month of consultations, and said it has satisfied the terms of its enterprise agreement with staff.

U-Vet veterinary nurse Taylor Reader said the university was attempting to “ram through” the closure and any consultation had been “tokenistic” despite staff being ready to work with the university to find a way to keep the hospital open.

“The University of Melbourne has treated us like we’re nothing and has brought forward the animal hospital’s closure in a deeply cynical effort to stop staff from taking action in the Fair Work Commission to stop it,” Reader said on Sunday.

“This is a completely irresponsible and immoral way for University of Melbourne Vice-Chancellor Duncan Maskell and Head of Melbourne Veterinary School Josh Slater to behave and will constitute one of the most shameful chapters in the record of the university.

“U-Vet staff have been more than willing to work with the University of Melbourne to keep the animal hospital open, but all of our offers of assistance and co-operation have been met with silence.

“It’s clear that the University of Melbourne is hell-bent on closing U-Vet, against the wishes of staff, the community and the best interests of the state of Victoria, which relies on the essential services it provides.”

The university said last month it can still complete academic research and clinical placements for students without the hospital, and that the facility’s net costs had doubled while revenue had fallen significantly due to an inability to fill staff rosters.

It said the Werribee campus would remain open, as would the Equine Centre, which is based at the campus but runs separately from the hospital.

“The university has genuinely engaged in consultation with our staff on the planned closure of U-Vet while satisfying the obligations under our enterprise agreement,” a university spokesperson said on Sunday.

“The university has received feedback from staff during the consultation period and this has informed the final change plan which is due to be communicated to our staff tomorrow [Monday].”

Reader said the closure would strip residents in Melbourne’s west of a vital animal hospital and cause the loss of professional staff with 80 specialist skill sets. Staff had gathered more than 9400 signatures on a petition opposing the closure, she said.

Staff said the hospital also works with Melbourne Zoo, the Australian Customs Service and Victoria Police to treat their animals, and that its closure would deny Victoria its only teaching hospital that gives students hands-on experience with a range of animals.