Britain has recorded another 25,308 coronavirus infections as the second wave continues to run out of steam amid brutal lockdown restrictions.

Department of Health statistics show the figure is 35 per cent below last Wednesday, when 38,905 were recorded. It is half the 47,525 infections announced two weeks ago.

Another 1,725 Covid-19 deaths were also recorded, in a five per cent drop from the same time last week when there were 1,820 fatalities. Britain has recorded 101,887 deaths from the virus since the pandemic began.

The stark figures come a day after the UK recorded more than 100,000 deaths from the virus yesterday, when Health chiefs announced a further 1,631 people had succumbed to the virus.

The Home Secretary Priti Patel today cranked up the pressure on holiday makers, warning people trying to leave the UK would be turned back at airports amid fears over the spread of mutant strains of the virus.

The Government today announced a list of 30 countries from which arrivals will be forced to quarantine in hotels for 10 days at their own expense.

MailOnline understands that hundreds of arrivals each day are expected to be escorted directly from airports to rooms, where they will have to stay for the duration of their isolation and pay a bill estimated at £1,500 – although ministers hope the numbers will ‘fall through the floor’ as people avoid coming to the UK.

In a statement to MPs, Ms Patel also announced that Britons will be sent home from ports and airports if they fail to prove their trip abroad is ‘essential’, as she vowed police will ramp up enforcement on travel restrictions.

She insisted the measures would help prevent mutant Covid strains getting into the country – but they are far milder than were originally mooted.

It will only affect British travellers, as foreign citizens who have been in the countries are already banned from entering altogether.

Ms Patel herself is believed to have been pushing for a much tougher regime alongside Matt Hancock and Michael Gove, but was overruled after resistance from Rishi Sunak, Dominic Raab and Grant Shapps, and warnings it would ‘kill’ the aviation industry.

The government is facing the prospect of a revolt from UK nations, with Nicola Sturgeon threatening to impose her own more brutal curbs in Scotland, and Wales saying they do not go far enough. Labour said ministers were ‘behind the curve’ in protecting the country’s borders. 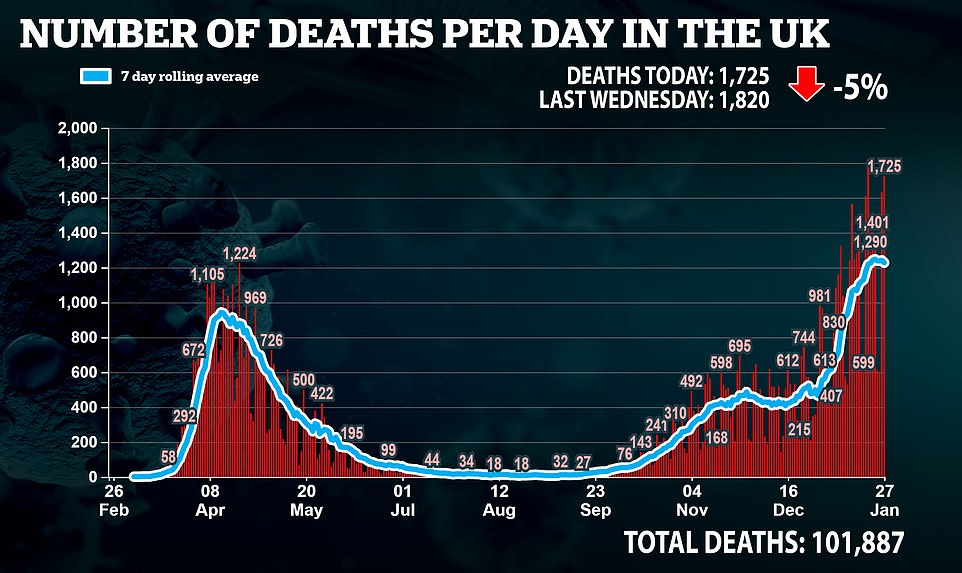