THE UK coronavirus death toll has risen to at least 37,231 after 183 fatalities were recorded in hospitals across England in the last 24 hours.

Today's rise, recorded by NHS England, is larger than any daily jump recorded in England since last Thursday, when 187 deaths were logged. 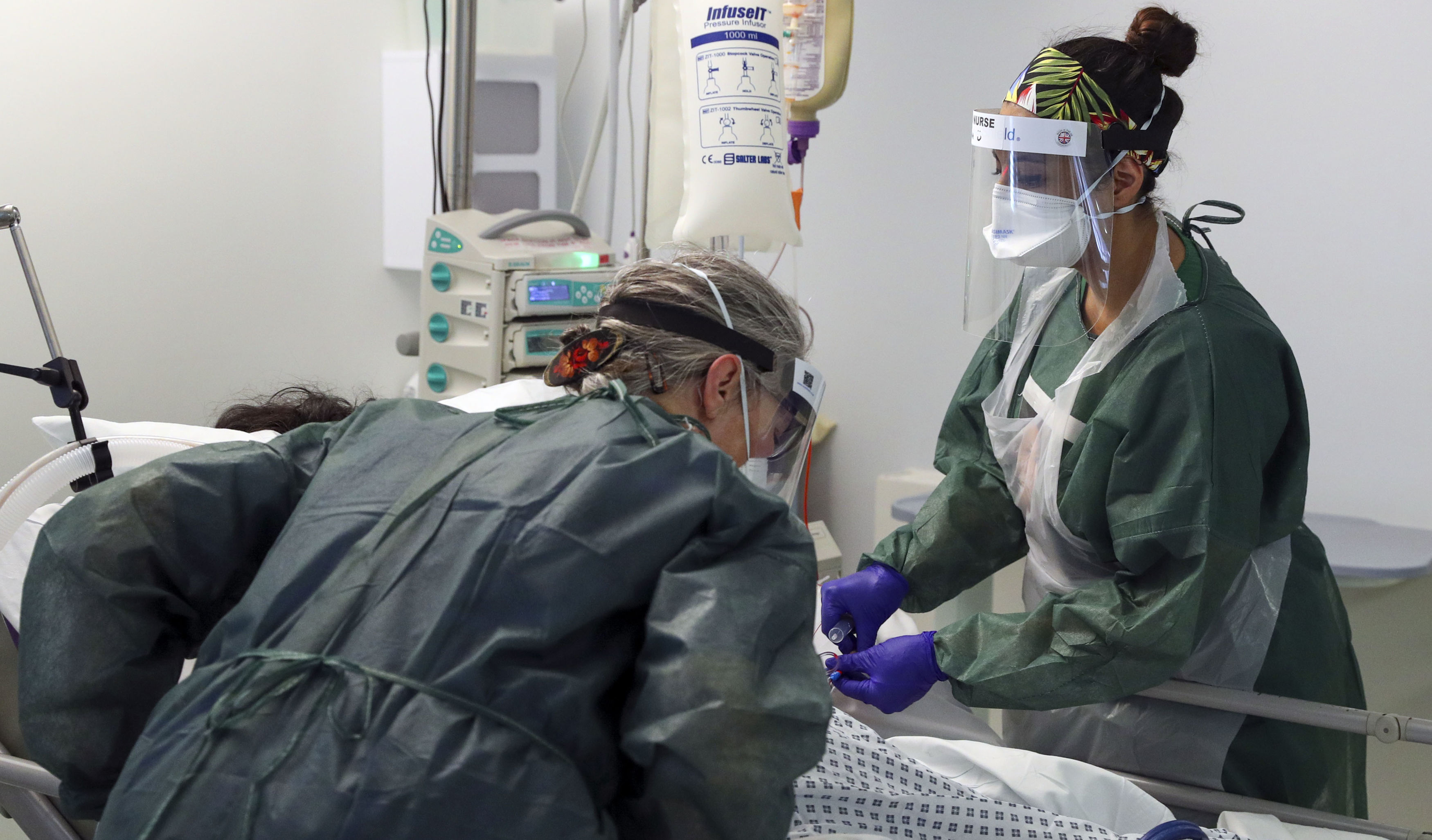 It brings the total number of coronavirus deaths in English hospitals to 26,049.

Patients were aged between 43 and 101 years old – and all but two of them had underlying health conditions.

Today's spike in England is bigger than every daily rise recorded this week so far across the whole of the UK.

It is trumped only by figures recorded by the Department of Health on Sunday – which saw 187 more fatalities reported across Britain.

This is likely to be due to a lag in reporting over the long weekend – figures tend to be lower on Monday before catching up again on Tuesday.

In this case, the figures are likely to be catching up today, following low numbers on Tuesday.

Although today's rise in England is greater than the rise recorded last Wednesday (166), it is significantly smaller than every daily rise recorded on a Wednesday throughout April and the rest of May.

In Scotland, a further 13 deaths were recorded today, bringing the coronavirus death toll in Scotland to 2,304.

In Wales, 11 deaths were recorded in the last 24 hours, bringing the total death toll there to 1,293.

The number comes after the Office for National Statistics yesterday revealed 47,000 people could have been killed by the deadly bug in Britain already.

The ONS figures show that 42,173 died from the virus in England and Wales up to May 15.

Combined with the latest ONS stats for Scotland and Northern Ireland, it means a total of 46,383 have died across the UK.

A further 964 hospital patients in England who had tested positive for Covid-19 died between May 16 and May 24 meaning that the overall UK death toll is just above 47,300.

The figure is 10,000 more than the official Department of Health stats.

Last night the Health Secretary suggested Britain has met four out of five tests for lifting the lockdown after sealing a huge PPE deal.

Speaking during the Government's daily coronavirus briefing, Matt Hancock revealed "significant progress" had been made on securing enough vital equipment to help protect those working on the front line in hospitals and care homes.

The Government did not outline specify, however, whether the new PPE supplies would cover dentists.

MPs have been pushing for dental surgeries to reopen, telling dentists to prepare to treat patients in the next three weeks.

Plans announced in Scotland stated that urgent care centres will be opened first followed by dental practices – England is set to follow these plans.

Meanwhile the antiviral drug remdesivir – originally developed to tackle Ebola – was given the green light for the NHS today.

The good news comes as extreme lockdown measures are expected to be lifted soon, with barbecues and garden parties for ten person 'bubbles' expected to be allowed from the end of June.

The new plans would allow different households to meet for the first time in months, although they would be capped at two households at a time.

Tough local lockdowns could, however, be thrown in place from Thursday to rapidly isolate new coronavirus sufferers.

Boris Johnson is set to announce the Government’s crucial new ‘track and trace’ programme, which will go live either on Thursday or Friday, when an army of 25,000 contact tracers will begin work hunting down new cases.

It will mean whole towns could face their own lockdowns – with schools, businesses or workplaces closed – if there are regional flare-ups.