UK coronavirus deaths lowest in weeks as 15 more die and cases fall below 1,000 for first time since March

FIFTEEN more coronavirus deaths have today been recorded in the UK- the lowest in weeks – as cases fall below 1,000 for the first time since March.

The UK coronavirus death toll has now reached 42,647 as Boris Johnson is set to reveal more plans to get Britain out of lockdown this week. 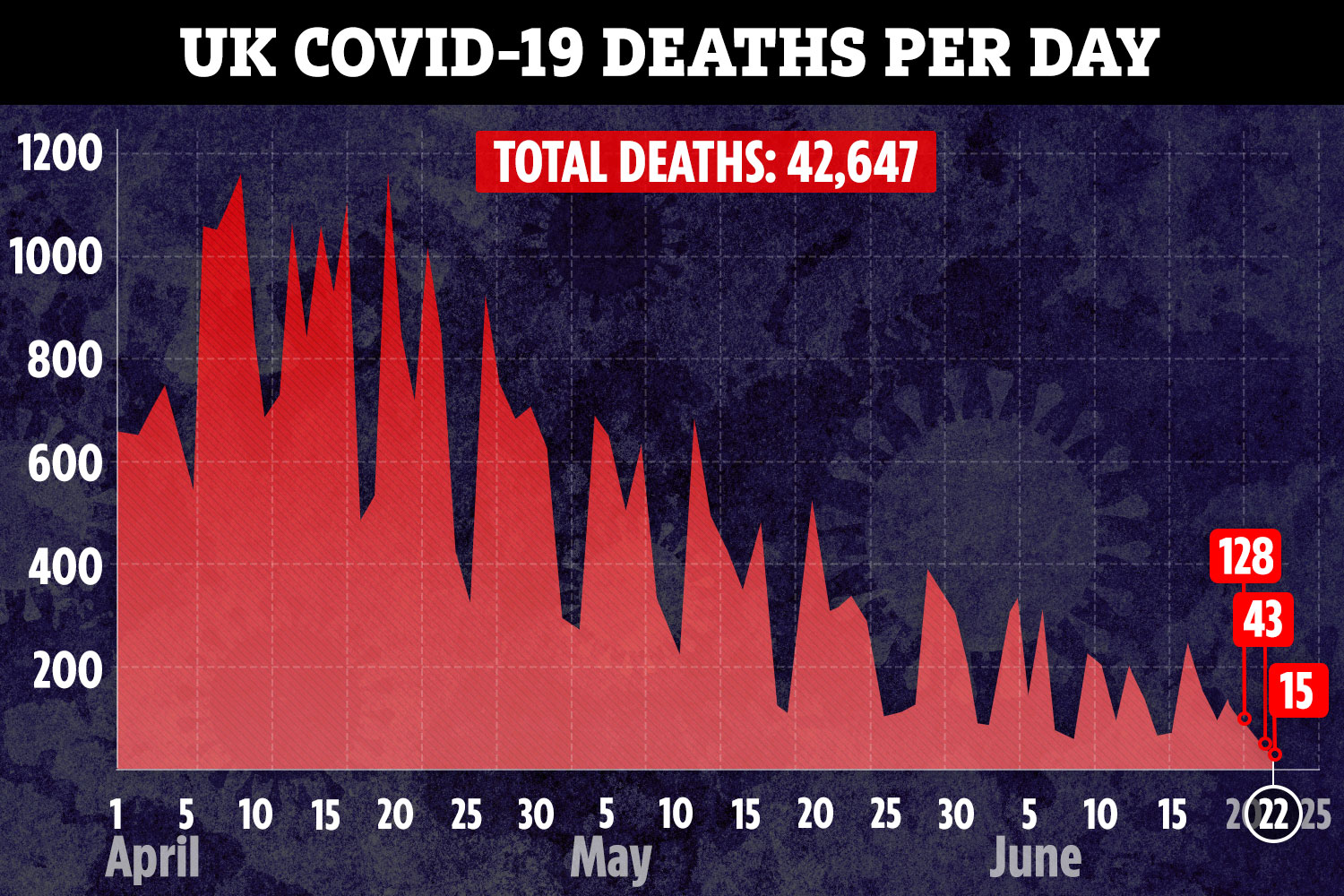 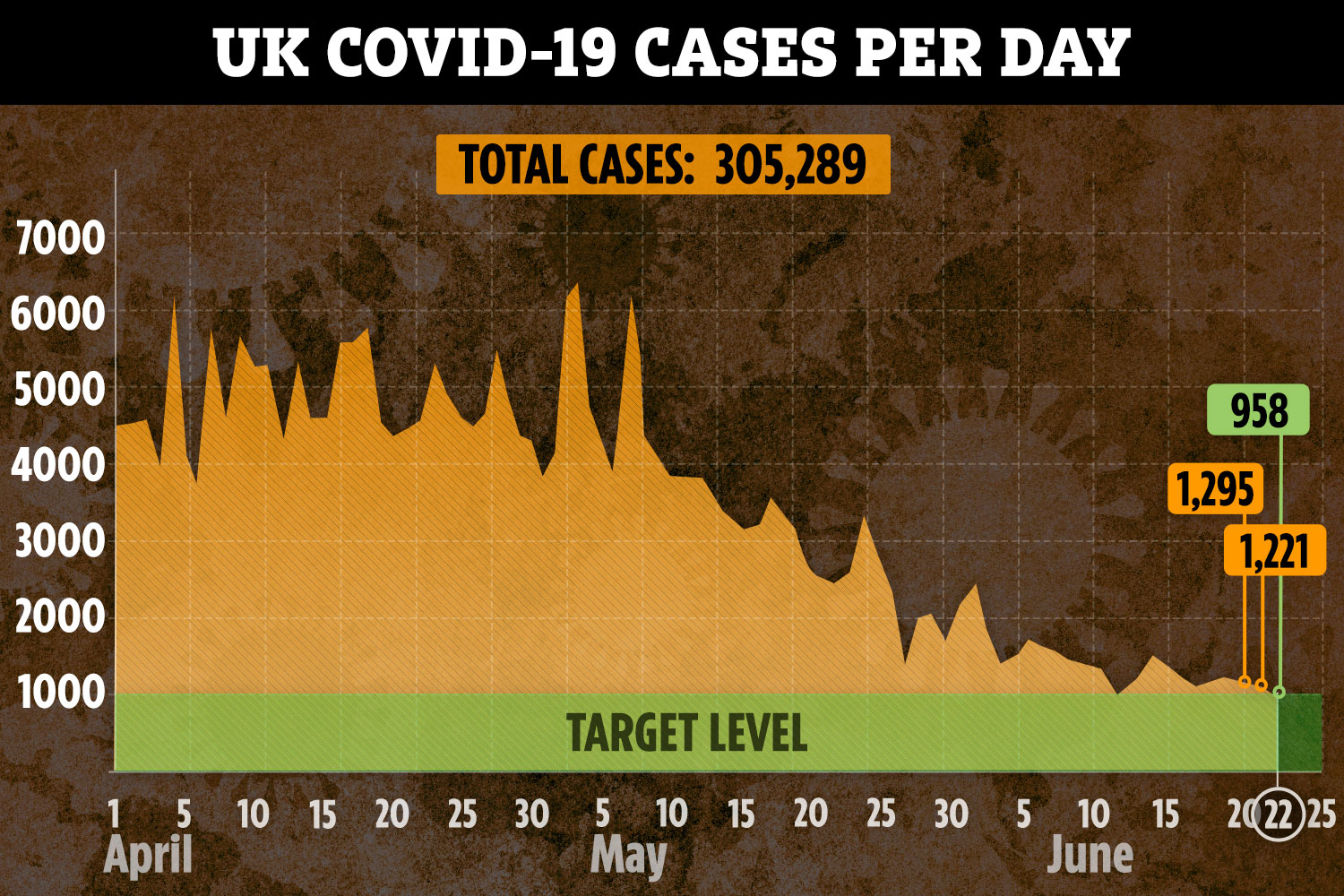 The UK Government today announced there had been 15 more deaths overall in the past 24 hours – the lowest since 15 March.

Meanwhile, 958 new infections were recorded across the nation – the lowest since March 22.

It comes after England reported 20 more fatalities, which is the lowest daily increase since March 17. However there is generally a lag in reporting after the weekend.

According to the NHS figures, patients killed by the bug were aged between 55 and 98.

The East of England reported no deaths while London recorded just one.

Scotland today reported no new coronavirus deaths in the country in the past 24 hours. Meanwhile, Wales recorded one more fatality, bringing the total to 1,478.

Northern Ireland is yet to report its figures.

Yesterday, the UK reported just 43 deaths – with no new fatalities in London or Scotland.

The deadly bug pushed the country into three months of quarantine with shops, restaurants and hair dressers closed in an attempt to stop the spread.

Brits were told to work from home and not socialise with friends in the crackdown.

But the PM has now allowed people to meet with friends and family socially distanced outside.

Today Boris will meet with Cabinet colleagues on the C-19 Strategy Committee and experts.

Reviewing the current 2m social distancing rule will be one of the key topics on the agenda.

On Tuesday, the cabinet will be consulted and the Prime Minister will set out the updated position to Parliament.

It's expected that the PM will say this week that he will cut the 2m rule down to one – meaning people will be able to get closer to each other.

Meanwhile, Government has yet to officially say when the £130 billion-a-year domestic tourism industry can restart after businesses were told to close during the coronavirus pandemic.

According to The Mail on Sunday, Whitehall officials have been told to prepare for an announcement regarding the opening on hotels and holiday parks as early as Tuesday.

New guidelines could then be sent to tourism industry chiefs by the end of next week. 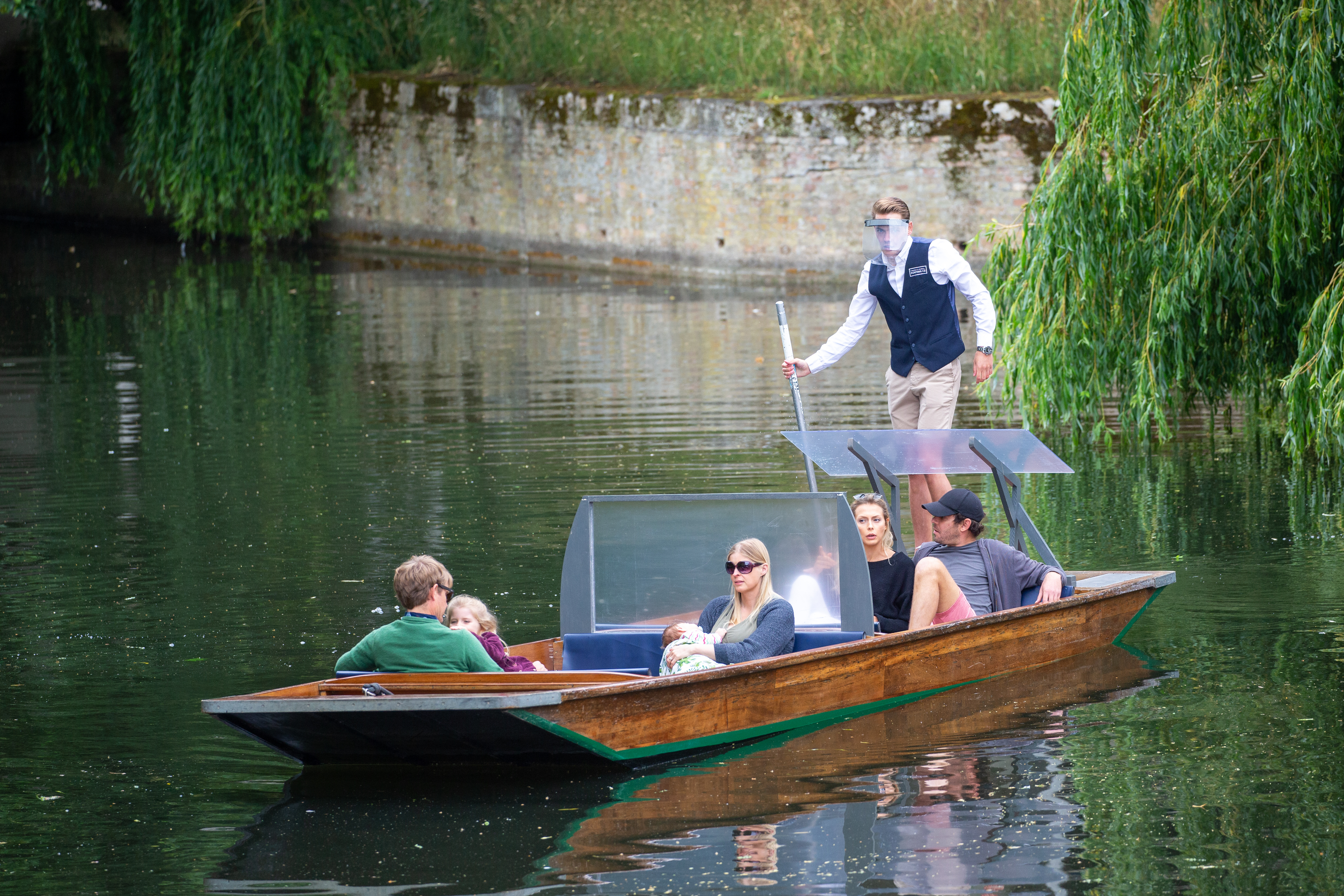