The UK is coming under pressure to follow the US and EU lead to call for Covid vaccine patents to be ditched so companies can make cheaper versions to send to poor countries.

Jab-makers currently own the rights to their vaccine recipes – known as intellectual property rights or IP rights – and other firms can’t copy them without approval.

But Joe Biden’s administration is now supporting a ‘waiver of those protections’ in the hope that lifting restrictions on who can make what will boost manufacturing speeds worldwide and accelerate the global rollout.

A statement from Washington said: ‘The Administration’s aim is to get as many safe and effective vaccines to as many people as fast as possible’.

And EU President Ursula von der Leyen today signalled that the bloc was open to discussions about a rule-change in the hope it could ‘address the crisis in an effective and pragmatic manner’.

The bloc is set to discuss the issue at a summit in Portugal tomorrow, and France’s Emmanuel Macron has already said he supports it for ‘a global public good’.

The move would dent the profits of firms like Pfizer, Moderna and Johnson & Johnson which stand to make huge amounts of money from their vaccines, which are making billions of dollars in sales. But Moderna, at least, already said last year that it would not enforce its patent and would offer its vaccine recipe to other firms that want it.

But Labour MP for Coventry, Zarah Sultana, said in a tweet: ‘The UK must now do the same.’

The campaign group Global Justice Now said: ‘All remaining blockers need to get out of the way and let the whole world work to contain this awful virus as quickly as possible.’

But the Association of the British Pharmaceutical Industry, which represents some of the biggest drug makers, hit back at the idea and said it is ‘not the solution’ to unequal supplies of the life-saving jabs.

It said in a statement: ‘In the short term, it will hinder vaccine scale-up and in the long term, significantly impact global investment into new vaccines and medicines.’ 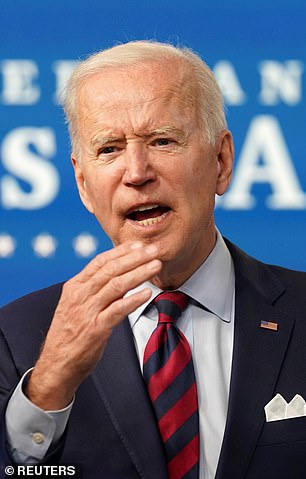 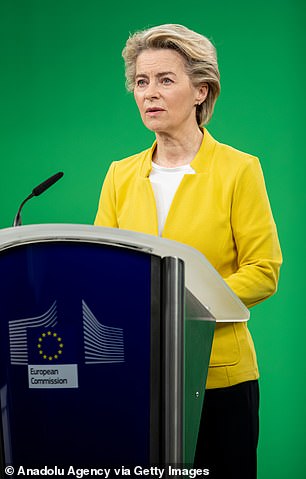 Both US President Joe Biden and European chief Ursula von der Leyen have said signalled support for reconsidering how vaccine patents are distributed, saying it was vital to make sure they are available around the world 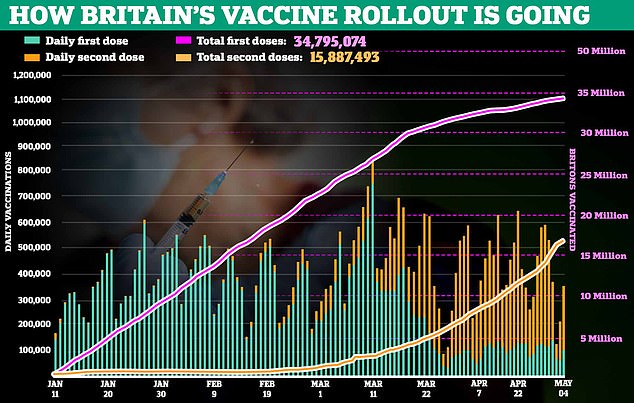 In a statement, the US’s Trade Representative, Katherine Tai, said: ‘This is a global health crisis, and the extraordinary circumstances of the Covid pandemic call for extraordinary measures.

‘The Administration believes strongly in intellectual property protections, but in service of ending this pandemic, supports the waiver of those protections for Covid vaccines.’

Ms Tai said the US would negotiate with the World Trade Organization to try and get vaccine patents removed so they become openly available.

She added: ‘The Administration’s aim is to get as many safe and effective vaccines to as many people as fast as possible.’

The EU is set to discuss the issue tomorrow, and it has also been backed by non-governmental organisation Médecins sans Frontières (Doctors without Borders).

EU president, Ursula von der Leyen, said: ‘We are ready to discuss how the US proposal for a waiver on intellectual property protection for Covid vaccines could help.’

The Biden administration is throwing its support behind efforts to waive intellectual property protections for COVID-19 vaccines in an effort to speed the end of the pandemic.

‘The Administration believes strongly in intellectual property protections, but in service of ending this pandemic, supports the waiver of those protections for COVID-19 vaccines,’ Tai said in the statement.

But she cautioned that it would take time to reach the required global ‘consensus’ to waive the protections under WTO rules, and U.S. officials said it would not have an immediate effect on the global supply of COVID-19 shots.

Until now, the WTO’s push to loosen intellectual property protections have been blocked by a handful of nations, including the U.S., the U.K and the E.U.

More than 100 countries, NGOs and many public health experts have insisted that lifting the burden of these protections is essential to getting shots to the unvaccinated world.

But others say waiving intellectual property rights sets a dangerous precedent – and that the call to do so from countries like India and South Africa – both hard-hit by the pandemic – could be a thinly veiled ploy to pad their own profits off of others’ inventions.

Waiving intellectual property protections could cut into profits for vaccine makers like Pfizer, Moderna and Johnson & Johnson, for whom business has boomed amid the pandemic.

On Tuesday, Pfizer said it had made $3.46 billion in first-quarter vaccine sales. The New York Times estimated that would come out to about $900 million in pretax profits from vaccines in the past three months alone.

Johnson & Johnson reported $100 million in vaccine sales – despite the 11-day pause on the shot in the U.S. – and Moderna will report earnings on Thursday.

The Government in the UK is now facing calls to take the same stance.

Ms Sultana, MP for Coventry South, said: ‘This would help the Global South access the vaccine and end vaccine apartheid. The UK government must now do the same.’

‘He must now follow Biden’s lead and drop his opposition to the intellectual property waiver immediately. Anything less would be shameful.

‘This is not the end of the process, and negotiations will now begin at the WTO in earnest – these negotiations must be conducted openly and with transparency. We urge all world leaders to see the writing on the wall and put peoples’ lives ahead of corporate profit.

‘In the many months since this waiver was first proposed, we could have produced many hundreds of millions more vaccines.

‘Let’s get moving. The UK, EU, and all remaining blockers need to get out of the way and let the whole world work to contain this awful virus as quickly as possible.’

But the proposal faces opposition, too.

Moderna has openly said it will offer others its vaccine recipe and not chase copyright lawsuits against others making it, but it is not being used.

The Association of the British Pharmaceutical Industry said in a statement: ‘Companies have been working with international partners for months to scale up the supply of vaccines, voluntarily licensing and transferring technology where it safe to do so.

‘The real challenges are a lack of advanced manufacturing skills and critical raw materials.

‘Globally we must now focus on sharing excess doses of vaccines, maintaining the free movement of raw materials and properly funding COVAX – all of which the UK government has committed to doing.

‘We share the goal of getting Covid-19 vaccines to the people who need them as fast as possible, but waiving IP is not the solution. In the short term, it will hinder vaccine scale-up and in the long term, significantly impact global investment into new vaccines and medicines, including for future pandemics.’

An unnamed official in an EU country said: ‘The question is to raise capacity in the fastest way possible.

‘Ending patent restrictions is only one element. You will also need the raw materials. How will the supply chain follow? What about the quality of production locations?

‘So we have about 300 other elements that affect this.’