Ukrainian tennis player Elina Svitolina, decked out in the yellow and blue of her country's flag, put on a clinic against her Russian opponent at the Monterrey Open on Tuesday. She defeated Anastasia Potapova 6-2, 6-1 in the opening round of the tournament, a match that just a day ago she had refused to play

Svitolina, the 15th ranked women's tennis player in the world and the No. 1 seed at the Monterrey Open, had originally refused to play against Potapova due to Russia's invasion of her home country. In a statement she released on Monday, Svitolina (who married French tennis player Gael Monfils last year) said that she wouldn't play against any Russian or Belarusian athletes until the ATP, WTA, and ITF followed the IOC's lead, requiring them to compete as neutral athletes without any flags or anthems.

"I believe the current situation requires a clear position from our organizations: ATP, WTA and ITF. As such, we — Ukrainian players — requested to ATP, WTA and ITF to follow the recommendations of the IOC to accept Russian or Belarussian [sic] nationals only as neutral athletes, without displaying any national symbols, colours, flags or anthems.

"Accordingly, I want to announce that I will not play tomorrow in Monterrey, nor any other match against Russian or Belarussian [sic] tennis players until our organizations take this necessary decision.

"I do not blame any of the Russian athletes. They are not responsible for the invasion of our motherland. Moreover, I wish to pay tribute to all the players, especially Russians and Belarussians, who bravely stated their position against the war. Their support is essential."

All three organizations confirmed on Tuesday that Russian and Belarusian players would be allowed to compete but only as neutral athletes, just like at the Olympics, which led Svitolina to play — and win — her first round match against Potapova. 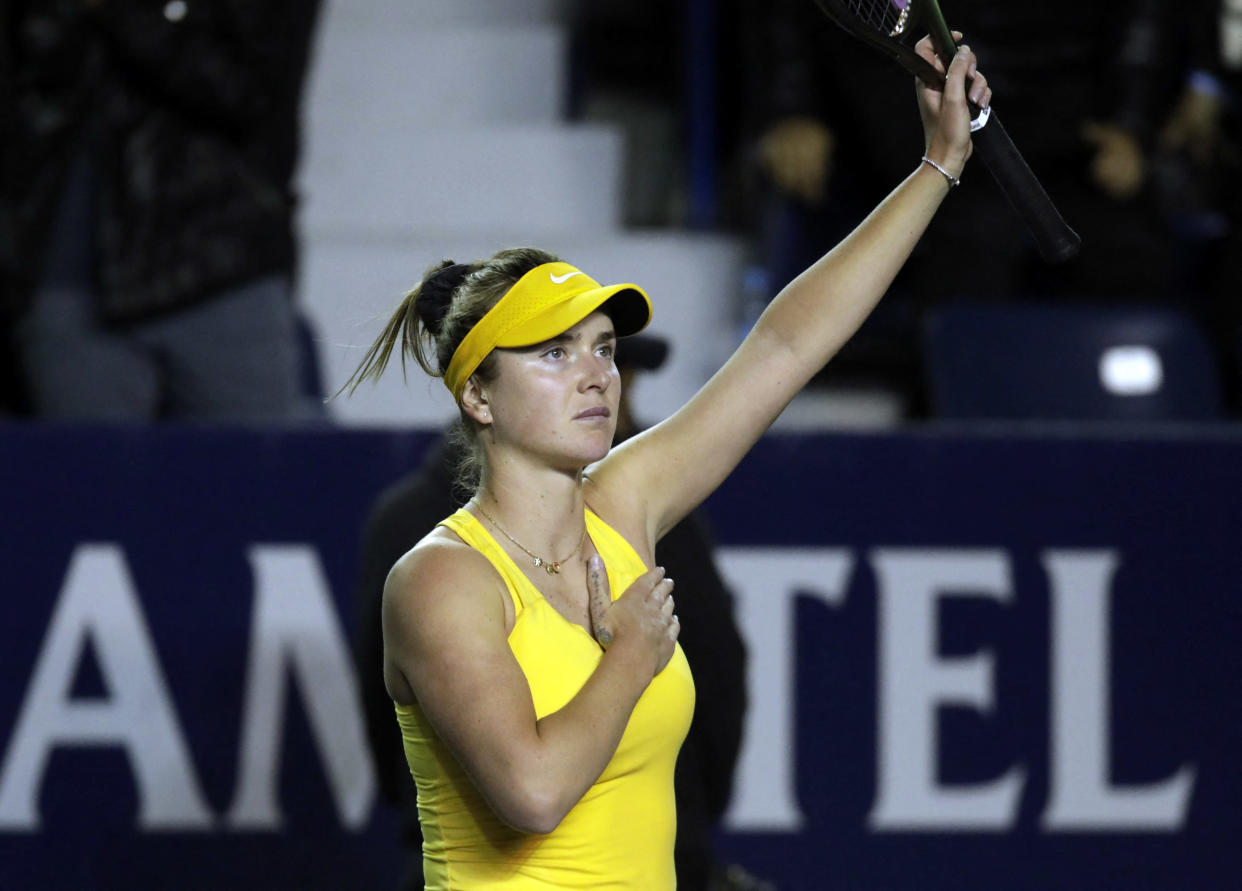 After the match, Svitolina told the media that the last few days have left her with a lot of emotions, but she never wavered from her desire to play well for her country.

“Today it was a very special match for me,” the 27-year-old Svitolina said via the AP. “I’m in a very sad mood, but I’m happy that I'm playing tennis here.

“I was focused. I was on a mission for my country,” she said. “From the beginning, it was important to be ready for anything that comes my way.”

Svitolina of course wants to win the Monterrey Open, which she did back in 2020, but now she has extra incentive. She plans to send her prize money back home to Ukraine, which could be as much as $31,000 if she wins.

“All the prize money that I'm going to earn is going to be for the Ukrainian army,” Svitolina said.