Unemployment rises by 138,000 after official figures are revised

Unemployment in Britain has risen by 138,000 after official figures were revised – amid fears that millions more will be on the dole queue by Christmas.

The jobless rate for June to August has been shifted upwards from 3.9 per cent to 4.5 per cent after experts concluded the way data are collected was masking the scale of the problem.

The Office for National Statistics data revealed the fall, which comes before the end of the Government’s broad coronavirus job protection plan. Economists had expected the rate to rise more slowly to 4.3 per cent.

It was up from 4.1 per cent in the three months to July. The number of people in employment fell by 153,000 in the June-to-August period compared with a median forecast for a fall of 30,000 in a poll for the Reuters news agency. 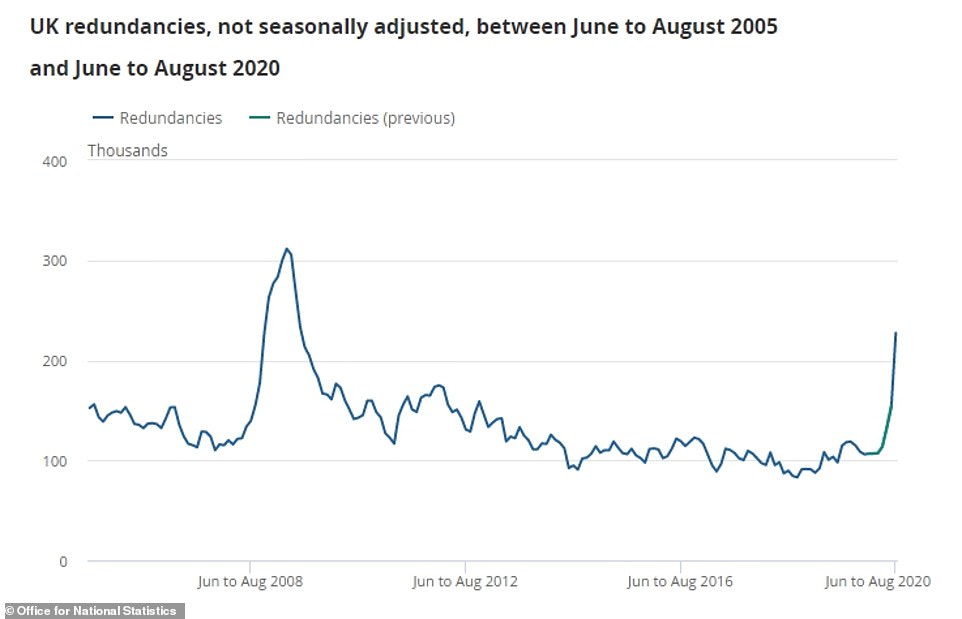 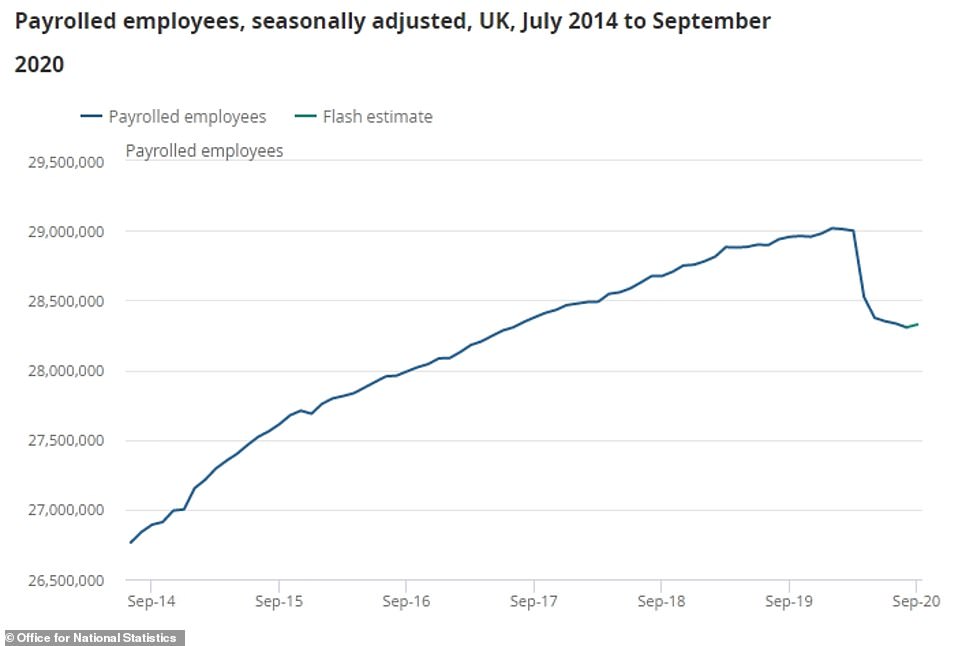 This graph shows how the number of UK employees has fallen in recent months, having risen for several years before then 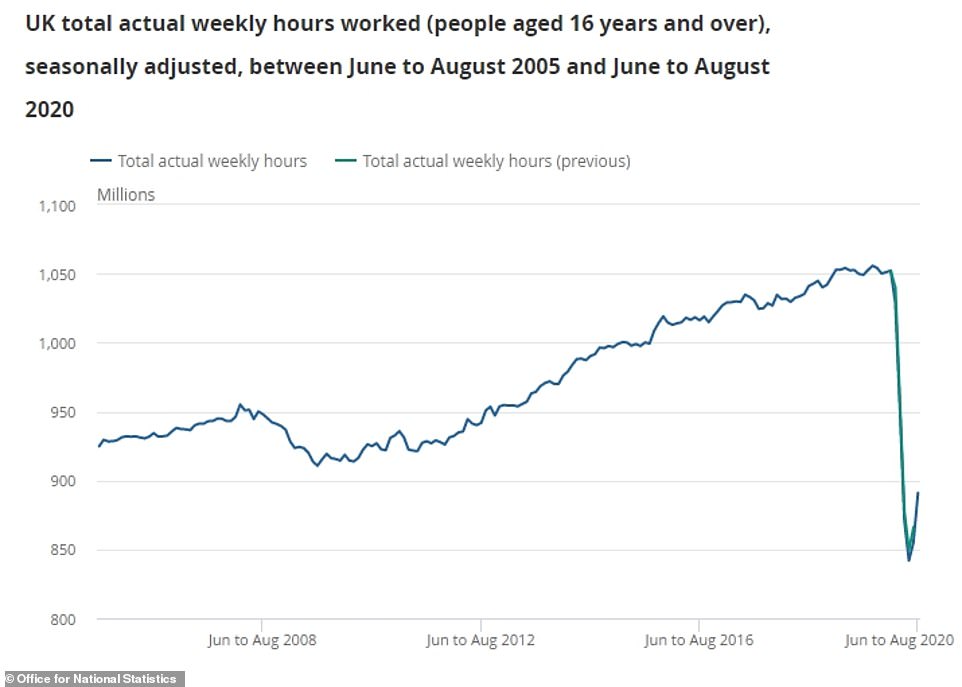 The total number of hours worked is still low since the coronavirus crisis took hold, but it is now showing signs of recovery 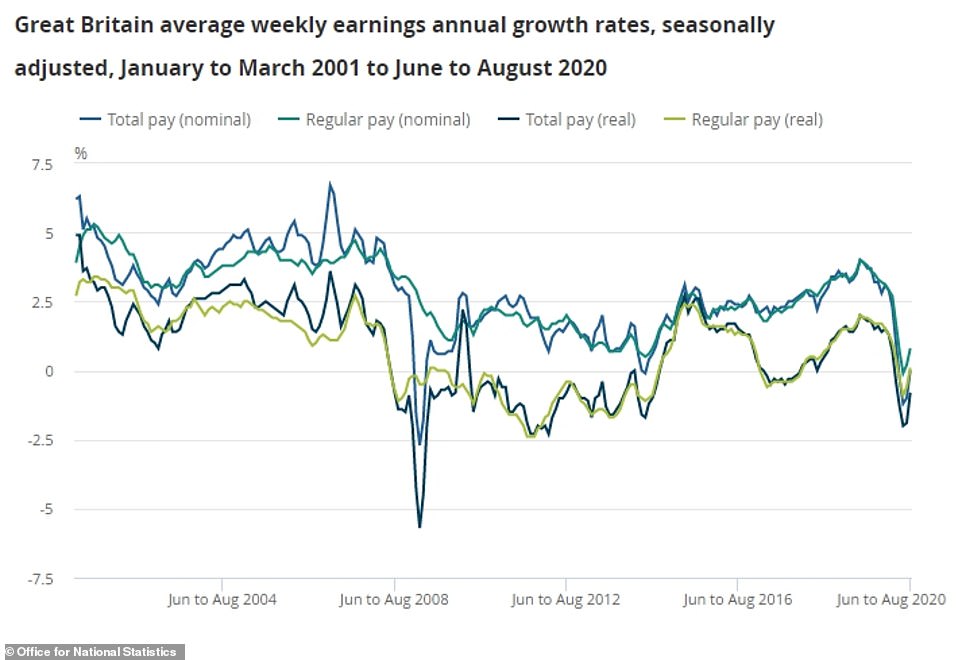 The growth in employee total pay including bonuses is unchanged from a year earlier, translating to a real fall of 0.8 per cent 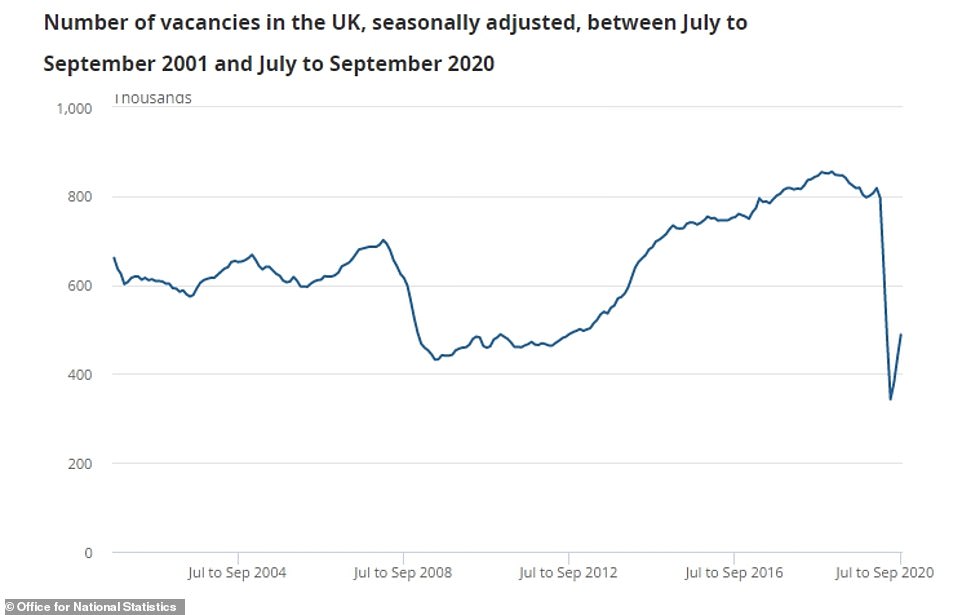 The level of vacancies saw a record quarterly rise in July to September 2020, but it is still 40.5 per cent lower than a year ago 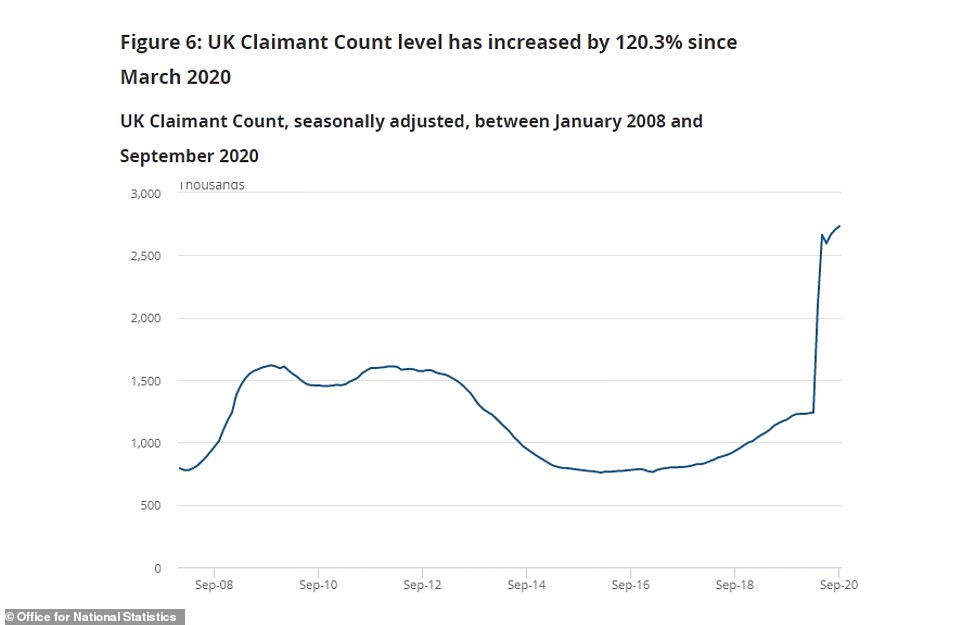 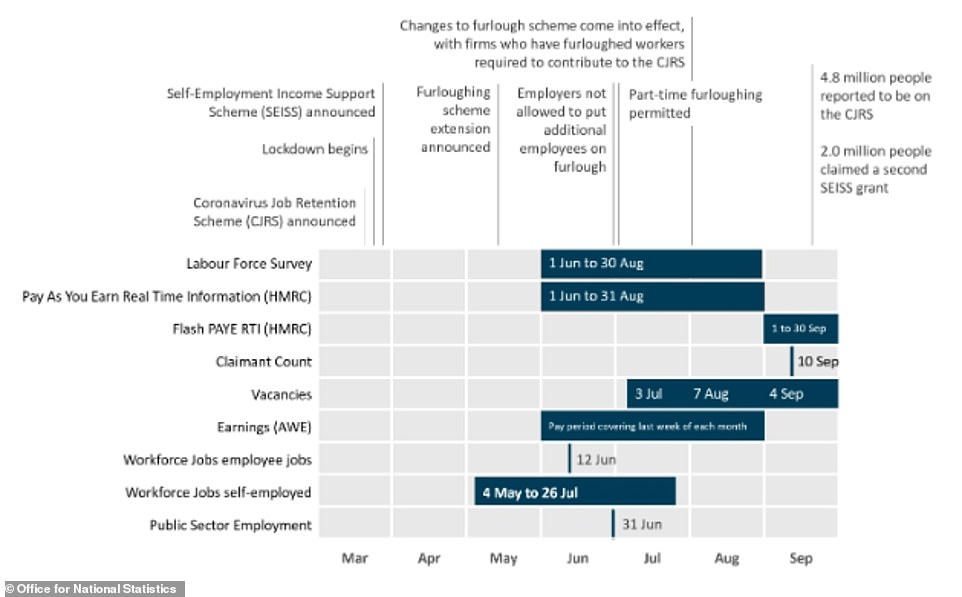 However, separate tax office data showed the number of staff on company payrolls rose by a monthly 20,000 in September, slightly reducing the total number of job losses by that measure since March to 673,000.

The Bank of England expects the unemployment rate will hit 7.5 per cent by the end of 2020 as the Government scales back its £50billion job protection scheme and replaces it with a smaller programme in November.

BoE Governor Andrew Bailey yesterday repeated his warning that the economy could prove weaker than the central bank’s forecasts.

Jonathan Athow, deputy national statistician at the ONS, said: ‘The latest monthly tax numbers show that the number of employees on the payroll was little changed in September. 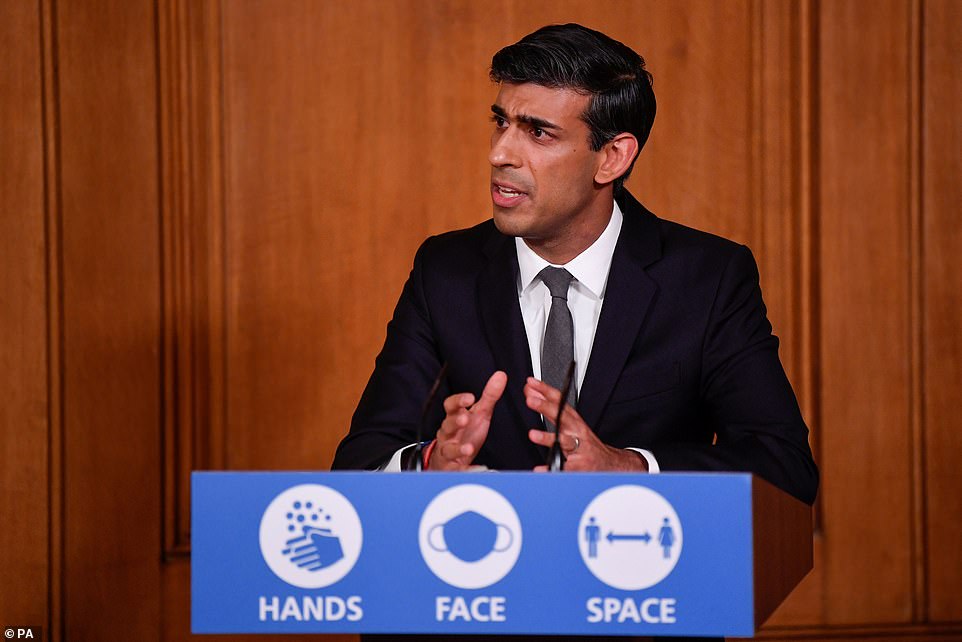 ‘However, in total there were still nearly 700,000 fewer than in March, before the lockdown.

‘Our newly adjusted survey figures show that in the latest period almost half a million fewer people were in work than just before the pandemic, while almost 200,000 others said they were employed but were currently not working nor earning any money.

‘Since the start of the pandemic there has been a sharp increase in those out of work and job hunting but more people telling us they are not actively looking for work.

‘There has also been a stark rise in the number of people who have recently been made redundant.’