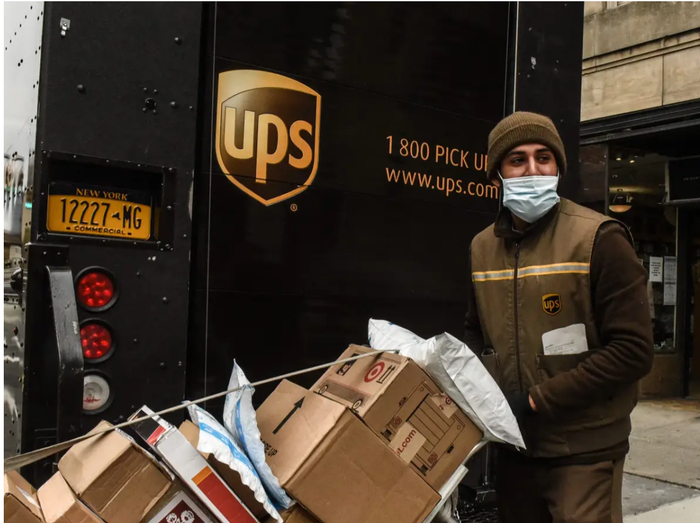 The company, which previously held strict rules that forbade most delivery drivers from wearing Afros, braids, and beards (as well as other rules around long hair on males), has loosened them in an effort to be more inclusive.

The shipping outfit has also relaxed gender-based rules around uniforms, according to an internal website seen by The Wall Street Journal.

"These changes reflect our values and desire to have all UPS employees feel comfortable, genuine and authentic while providing service to our customers and interacting with the general public," the company said in a statement to the Journal and NPR.

CNN reported that UPS CEO Carol Tomé, the first woman to lead the company, told investors during a recent call that the was a recent change in the employee training program that will focus more on combating unconscious bias and promoting diversity.

Worker's hairstyles will still have to be "business-appropriate" and not pose a safety concern, according to CNN.

The rules around employee grooming had landed UPS in hot water in the past.

In 2015, the Equal Employment Opportunity commission sued the shipping company alleging discriminatory practices against workers who wear beards for religious reasons, NPR reported. Three years later, UPS agreed to pay a $4.9 million fine and enter into a consent decree with the agency, allowing those who claimed a religious exemption to wear beards and long hair.

The changes at UPS reflect a broader shift in how workplaces and schools monitor grooming practices.

Barring certain natural hairstyles, such as dreadlocks and braids, can be discriminatory, as many of those styles hold cultural and historical meaning. Several states have passed The Crown Act, which stands for Creating a Respectful and Open World for Natural Hair. The law prohibits discrimination against natural hair and protective styles in schools and workplaces.

The US Military has also been shifting it's policies to become more inclusive.

The US Air Force and Army now allow religious exemptions for Sikhs and Muslims who wear turbans, hijabs, and beards.

The NAACP's Legal Defense Fund takes on cases involving school children of color around the US that have been discriminated against for how they where they're hair.

Attorney Patricia Okonta previously told Insider that rules banning braids or dreadlocks will often be defended by people who say they don't represent "professionalism" or "excellence."

Those ideals, though, "come from the notion of white supremacy," she said.