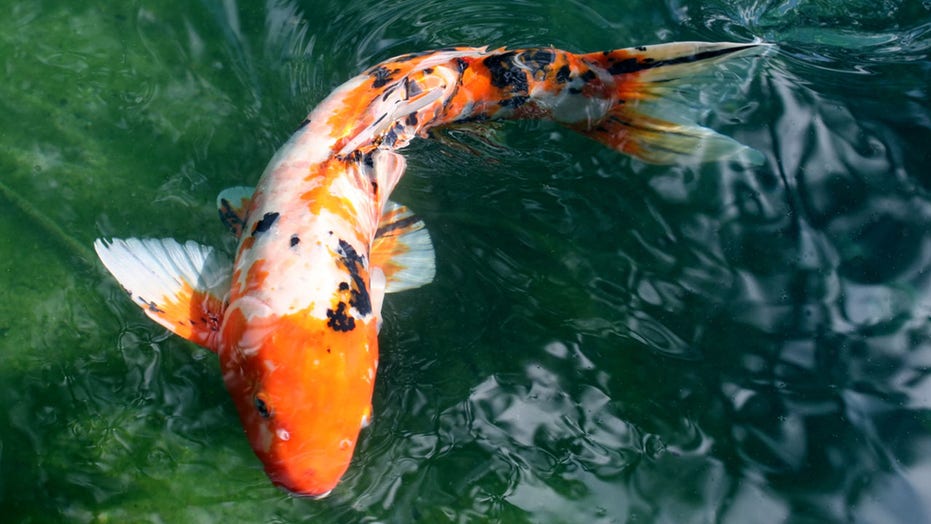 That wasn’t supposed to be there.

An angler in Utah reeled in a fish much larger than he was expecting while on a trip to Highland Glenn Pond. Not only was the size of the fish a surprise, but also the fact that it was even swimming in the pond since state officials it never should have been there in the first place.

Jeremy Haws caught a 17-pound koi last week during one of his regular fishing trips to the area, KSL reports. According to the news outlet, Haws has been fishing in the area for about 40 years and he regularly catches large-mouth bass, bluegill and catfish.

He’s reportedly never seen a koi in this particular pond before.

According to the Utah Department of Wildlife Resources, koi shouldn’t be living in that pond (which is regularly restocked with native fish by state officials). It’s believed that the koi was privately owned and had been illegally dumped into the water.

Haws told the news outlet, “I don’t know what putting koi in here is going to affect, but usually, there are unintended consequences with putting fish that don’t belong in a pond in a pond. Hopefully, it doesn’t have a negative effect.”

Apparently, Haws is unsure of the fish is a record for the pond, since it isn’t supposed to be living there.

On Facebook, the Utah DWR wrote about the problems with Koi fish being dumped into ponds. According to the government agency, “These fish are usually introduced by families and individuals dumping their unwanted pets in the nearest pond or waterway. Remember, ditching pet fish and transporting live fish from one water to another is illegal and harms other species and ecosystems.”