An increasing number of Victorians are falling very ill with nasty bouts of influenza, leaving them bedridden for up to 10 days as hospitalisations and intensive care admissions for the disease rise.

The Age can reveal 99 Victorians have been hospitalised with the flu so far this year, including 43 children. At least seven Victorians, including one child, were so ill with influenza they required ICU admission. 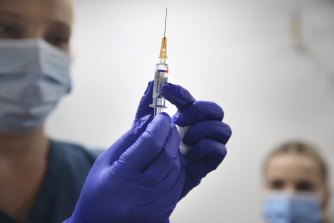 Australia’s top medical college for general practitioners warns an increasing number of Victorians were falling very ill with severe bouts of influenza, stoking concerns our immunity has waned after not being exposed to it for two years.Credit:James Alcock/SMH

Royal Australian College of General Practitioners Victorian chair Dr Anita Munoz said the speed and severity at which influenza was circulating so early in the year had GPs on high alert.

“The flu is very virulent, and it seems to be quite aggressive this year. People are getting very, very sick and their illness is lasting a long time, about seven to 10 days in most cases,” Munoz said.

“Certainly, we are even seeing people who are ironically vaccinated for coronavirus, but they are going into hospital or ICU with influenza.” 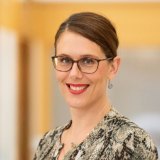 Victorian medical practices are now treating about 30 new influenza patients each day as cases more than triple nationally. Infections surged to 7034 across the state this week.

Munoz said many people were unaware they had the flu until making an appointment with their doctor following several negative tests for coronavirus.

She said it had also stoked fears our immunity to influenza has waned after the disease all but disappeared for two years, with COVID-19 pandemic border closures, mask-wearing and social distancing pushing the flu down to record lows.

“It will be some months before we can make a comparison of this year with pre-pandemic flu season, but anecdotally speaking, all we are hearing is that people are getting really, really sick with the flu, and it appears more so than previous years,” Munoz said.

“It makes sense given we expected there would be less immunity following two years without the flu circulating in Australia.”

Of growing concern is a fast-moving outbreak in children, which triggered a 500 per cent increase in flu cases detected in the Royal Children’s Hospital lab in the past two weeks. Some children have also been hospitalised with the flu.

The flu is also tearing through Victorian schools, with school-aged children making up almost half the total reported number of flu cases so far this month.

The outbreak prompted a move by the state government to amend regulations, paving the way for pharmacists to administer flu jabs to Victorian children five years and older for the first time.

Professor Ian Barr, deputy director of the WHO Collaborating Centre for Reference and Research on Influenza, said reported cases were likely the tip of the iceberg and that infection numbers could be more than 10 times than those notified on surveillance databases.

“Clearly we are going to have a significant flu season,” Barr said. “Whether it will be a prolonged and severe season or whether it will have a shorter run remains to be seen. But we should be prepared for the worst.”

Asked whether people will get more sick from the flu this year due to being shielded from it for two years, Barr said it was difficult to say.

“Certainly, people’s immune levels will be down because they haven’t seen influenza for a few years and some kids won’t have seen influenza at all, so they may have more severe or longer periods of infection,” Barr said.

“It is a little hard to tease out whether the two [flu] strains that are co-circulating are radically different to previous strains.”

But Barr said it was typically the size of the outbreak, rather than the emergence of a new strain, that determined whether a flu season would be severe.

During Australia’s last flu season in 2019, more than 950 people died, including a one-year-old child. At least 378 Australians aged between one and 100 died with influenza in 2018.

Mukesh Haikerwal, who runs a medical practice and respiratory clinic in Melbourne’s west, said his staff were detecting between 20 and 30 new influenza cases a day, compared with just a handful a week in March.

Some patients were very ill, he said, but others experienced milder symptoms and recovered within a week.

“The real worry is we are not even close to the peak yet,” he said.

The GPs joined a growing chorus of health experts urging all Victorians to get vaccinated against the flu, with immunisation rates down compared with pre-pandemic years.

They said those who were susceptible to adverse outcomes from the flu – including people aged over 65, pregnant women and children under five – should get vaccinated as soon as possible.

Only about 15 per cent of Australians have had this year’s flu vaccine, compared with 49 per cent of the population at the same time last year.

This week, the Australian Medical Association called for voluntary mask-wearing in settings with a high chance of spreading influenza and coronavirus, amid crippling demand on the state’s hospitals and ambulance services.