Victoria records 12 new COVID cases and one death, as Premier urges Melburnians not to lose hope

In the first clue about the fate of Melburnians next week, the Premier has hinted that the long-awaited easing of coronavirus restrictions will be centred on increasing outdoor social interactions rather than the reopening of businesses.

Retail, hairdressers, beauty therapists and outdoor dining were all flagged to reopen with strict hygiene protocols under the third step in Victoria's easing of restrictions if the state hit a rolling 14-day case average of five or lower, and a total maximum number of five "mystery" cases over a fortnight. 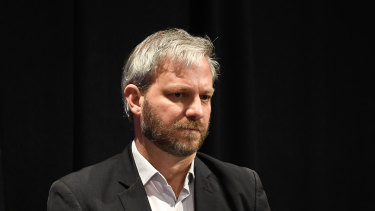 But Premier Daniel Andrews has cast doubt over this, revealing that instead of pulling the trigger for the full third step, which would have meant significant easing of restrictions for businesses, it would more likely be a case of a step "three A, three minus" in Melbourne and a "three plus" in regional Victoria.

He said there would be "significant" movement, but stressed any next steps "had to be safe".

“The exact nature of those we'll determine throughout the week and right up until Saturday night,” he said.

Mr Andrews would not go into any detail about what restrictions would be eased, but said "a whole lot of outdoor activities are on the table and forecast further easing of restrictions in regional Victoria.

"Does that mean we're doubling, tripling, quadrupling the number of people that can go to a pub? No. But if we can take some further small and safe steps we will."

It comes as Victoria recorded 12 new coronavirus infections, including two linked to the Box Hill Hospital outbreak and one more linked to the Chadstone cluster as new testing measures are enforced for close contacts of positive cases.

A woman aged in her 80s, who was linked to an aged care outbreak, has also died.

In an attempt to further contain outbreaks, Mr Andrews said as of 11.59pm Sunday anyone considered a close contact of a case would be asked to take a coronavirus test on the 11th day of their quarantine. While the test won't be mandatory, a refusal will incur further quarantine.

The new rule comes after recent clusters at Chadstone Shopping Centre, Kilmore and Box Hill Hospital broke out derailing the state’s chances of reaching its targets to ease restrictions by next week.

“That testing is not mandatory as such, but if a person chooses not to take that coronavirus test on day 11 to establish that they are virus-free at that point, then their quarantine, their mandatory quarantine period will be extended by a further 10 days,” Mr Andrews said. “This is just an abundance of caution to make sure that we've got the most complete data.”

Testing has been increased at Box Hill Hospital overnight in an attempt to contain a growing cluster that has spread among staff and patients.

Chief Health Officer Brett Sutton said testing was now open to all staff, including those who were asymptomatic and those who had spent less than 30 minutes in the ward where the outbreak emerged.

It comes after health authorities faced scrutiny yesterday for only testing staff who had spent 30 minutes or more in the ward.

“I did check in with them and I provided my view that I think there shouldn't be a 30-minute cut-off for people getting tested in terms of the amount of time spent on the ward," Professor Sutton said.

Mr Andrews also reiterated, in the wake of the Kilmore cluster, that people travelling from Melbourne for legitimate reasons were still bound by Melbourne restrictions even in regional areas.

From Monday, regional Victorian businesses will be asked to check the addresses of clientele when taking bookings for restaurants and accommodation, in order to ensure people are not travelling in from Melbourne. Any business that does not comply faces fines of up to almost $10,000.

Businesses will be asked to request to see a drivers licence and if patrons are from Melbourne, they will only be able to get takeaway food.

“I think that regional businesses that are open want to stay open,” the Premier said.

“They don't want outbreaks. They are keeping meticulous records, they're working very closely with us and we're very, very grateful for that. But it is just about taking it that next step, and they have to take those reasonable steps to determine whether the customer is, in fact, from regional Victoria."

There are 21 Victorians in hospital. None are intensive care, while there are 18 healthcare workers who are active cases.

Professor Sutton said two of Victoria’s 12 new cases are linked to the Box Hill Hospital outbreak. One additional case is a patient and the other is a household contact of a known case.

He said there is also one new case linked to the Chadstone shopping centre outbreak, which brings that outbreak total to 33.

He also revealed the state’s disease detectives were investigating a number of family clusters, including one in the city’s west.

Professor Sutton said testing was under way and the families were isolating at home.

Mystery cases have emerged in suburbs in the city's southeast and northwest and Professor Sutton has urged anyone in the 3147 or 3037 postcodes – covering Ashwood, Ashburton, Sydenham, Delahey and Calder Park – with symptoms to get tested.

These cases are worrying because the source of the infections have eluded the state's disease detectives, meaning they have been unable to link them to known outbreaks or positive cases and therefore isolate all close contacts to curb spread.

The state's 14-day rolling average sits at 9.3 and Professor Sutton said despite his hopes it may never fall to the target of a five case average as Victoria was "treading new ground".

“No-one's been to this point with a second wave anywhere in the world,” Professor Sutton said.

“We are treading new ground. We can't discount that it might be extraordinarily difficult to drive down to zero, but I think it's possible.”

“If all those things work, we'll get there,” he said. “But who knows in absolute terms if all of those things can fall into place. We're unequivocally focused on that, we're putting every ounce of our energy into it, but as we have always said – this is a collective effort."

He also warned against opening up the state too soon.

"For those [who] advocate 'let it run, it's really not that dangerous, let's protect the vulnerable and let everyone else get on with their lives', they don't understand we have already been to that," Professor Sutton said.

"That was the easing through our first wave and the aged care sector was overwhelmed with cases and we had over 600 deaths associated with that."

The Premier would again not be drawn in on whether the five-kilometre rule will be lifted. “It’s on the table of course because everything is on the table,” he said.

The five-kilometre rule has become a point of contention in the epidemiology community of late, with public health experts divided on the merits of the rule in slowing the spread.

The latest cases keep the statewide 14-day average, which is tied to the next stage of easing lockdown, at 9.3 new cases per day.

"The tail of this second wave was always going to be stubborn, and that is exactly the way it is panning out," Mr Andrews said. "We can't have a situation where because we want it to be over, we pretend that it is."

Mr Andrews also announced he had just signed the paperwork to extend Victoria's state of emergency and the state of disaster from Sunday night. This has been extended until November 8.