Virgin Australia is expected to collapse into voluntary administration

Virgin Australia is reported to have gone into voluntary administration after state government crisis talks failed to raise enough money to keep the airline flying.

The airline had been in bail-out talks with the NSW and Queensland governments and had reportedly asked for a $1.4 billion loan from the Federal Government. 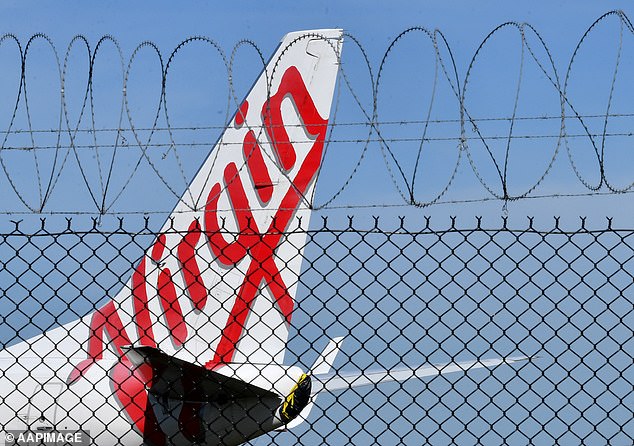 Board members put the airline into administration this evening after a crisis meeting this afternoon, the Daily Telegraph reported.

Daily Mail Australia contacted the airline this evening but Virgin Australia was not able to confirm or deny the report.

‘No, we haven’t made an announcement on administration,’ a spokesperson said.

Citing unnamed sources, the Sydney Morning Herald reported on Monday the cash-strapped carrier has been unable to weather the coronavirus crisis due to its debt load.

The newspaper said the airline’s board of directors was meeting on Monday, with a source saying the announcement of it going into administration was ‘imminent’.