VIRGIN Galactic has made its first rocket powered flight to the edge of space in a manned shuttle.

The company now plans to take tourists into space next year, after the flight from New Mexico that reached a top altitude of 50 miles. 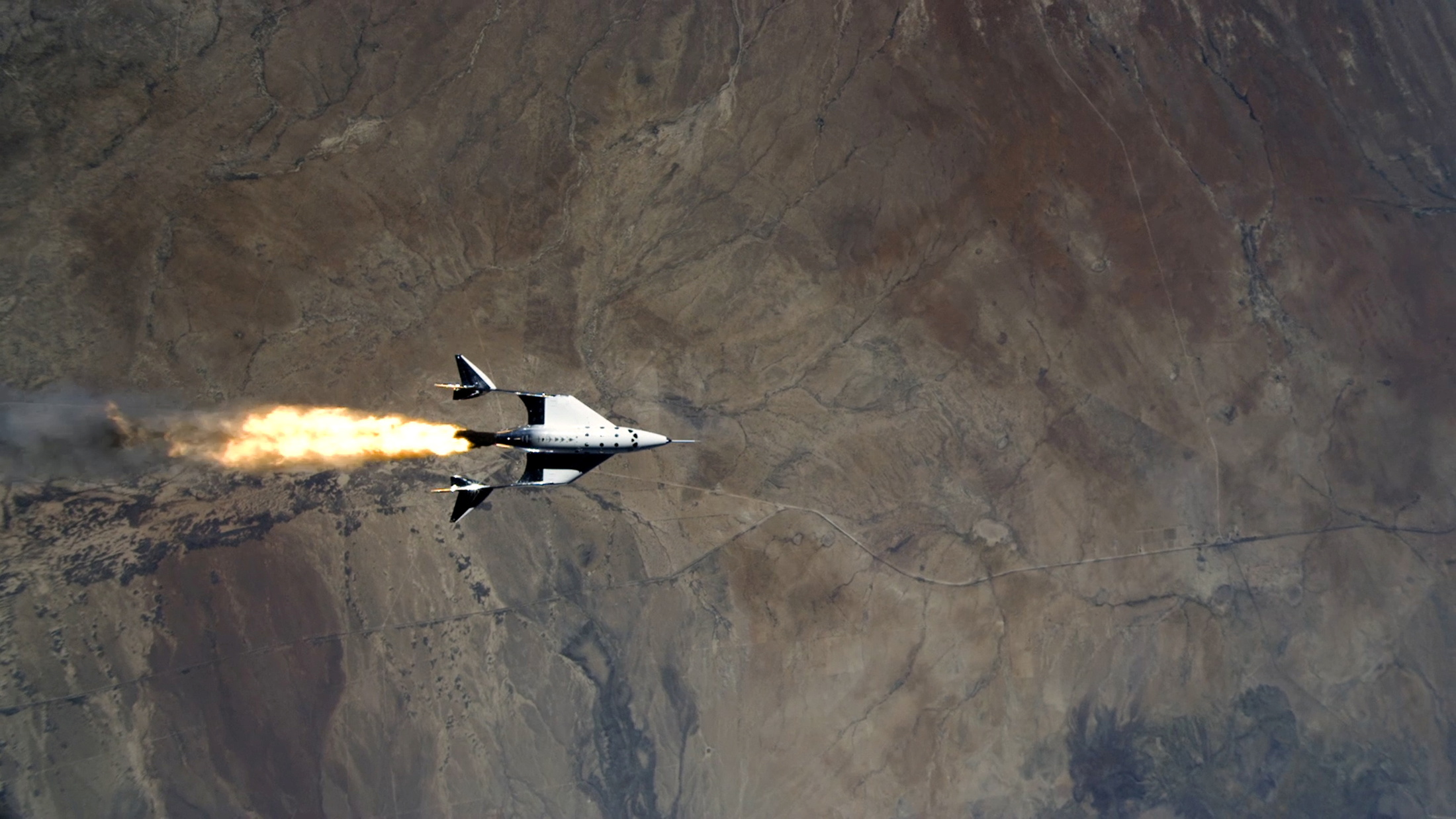 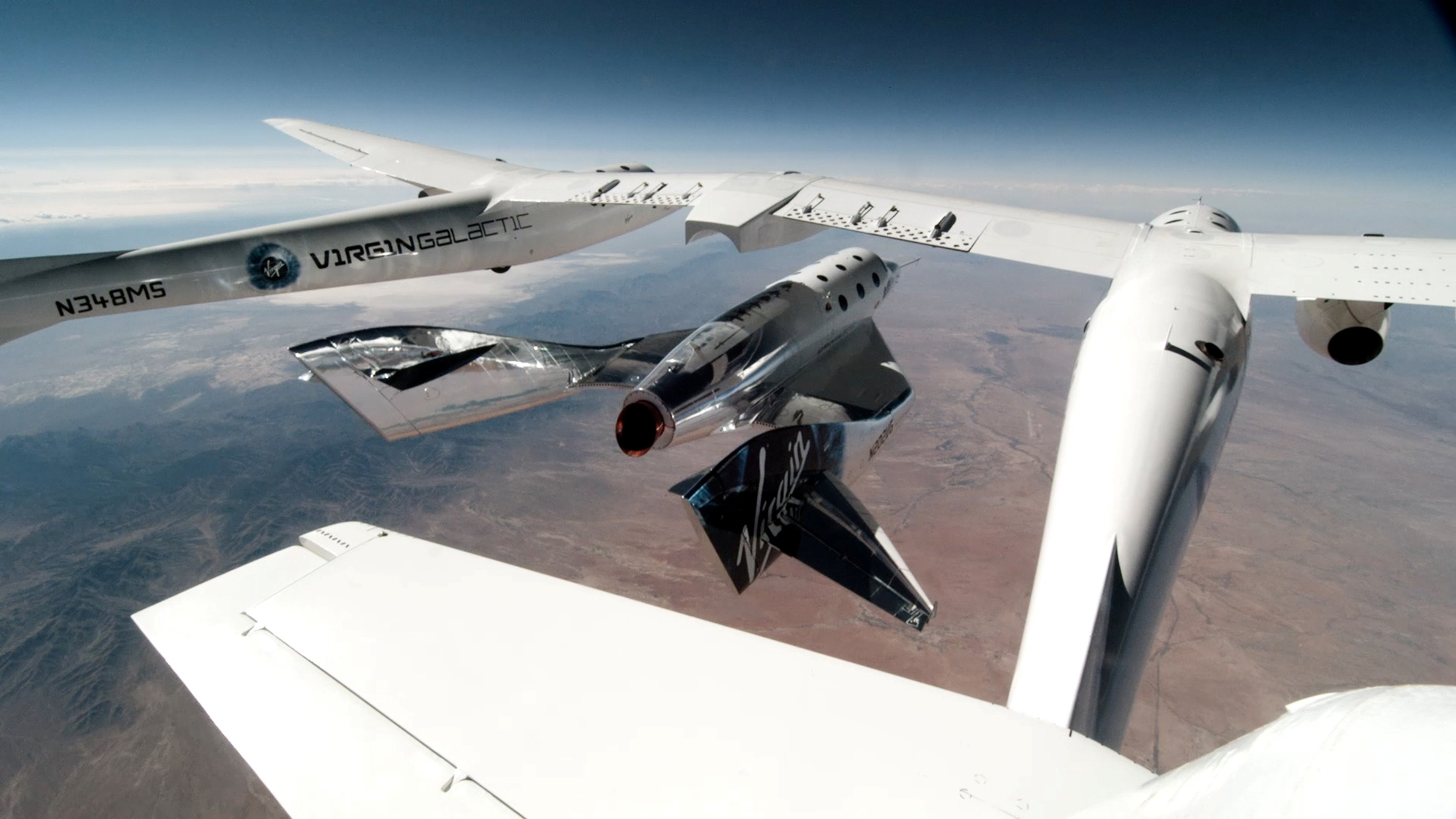 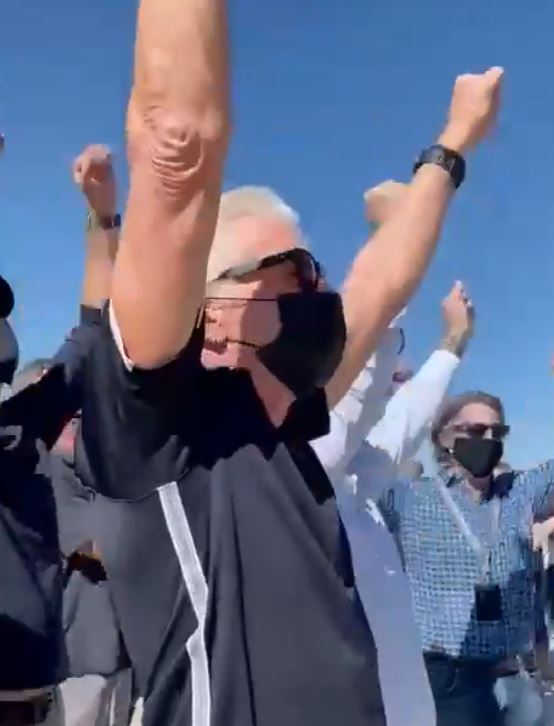 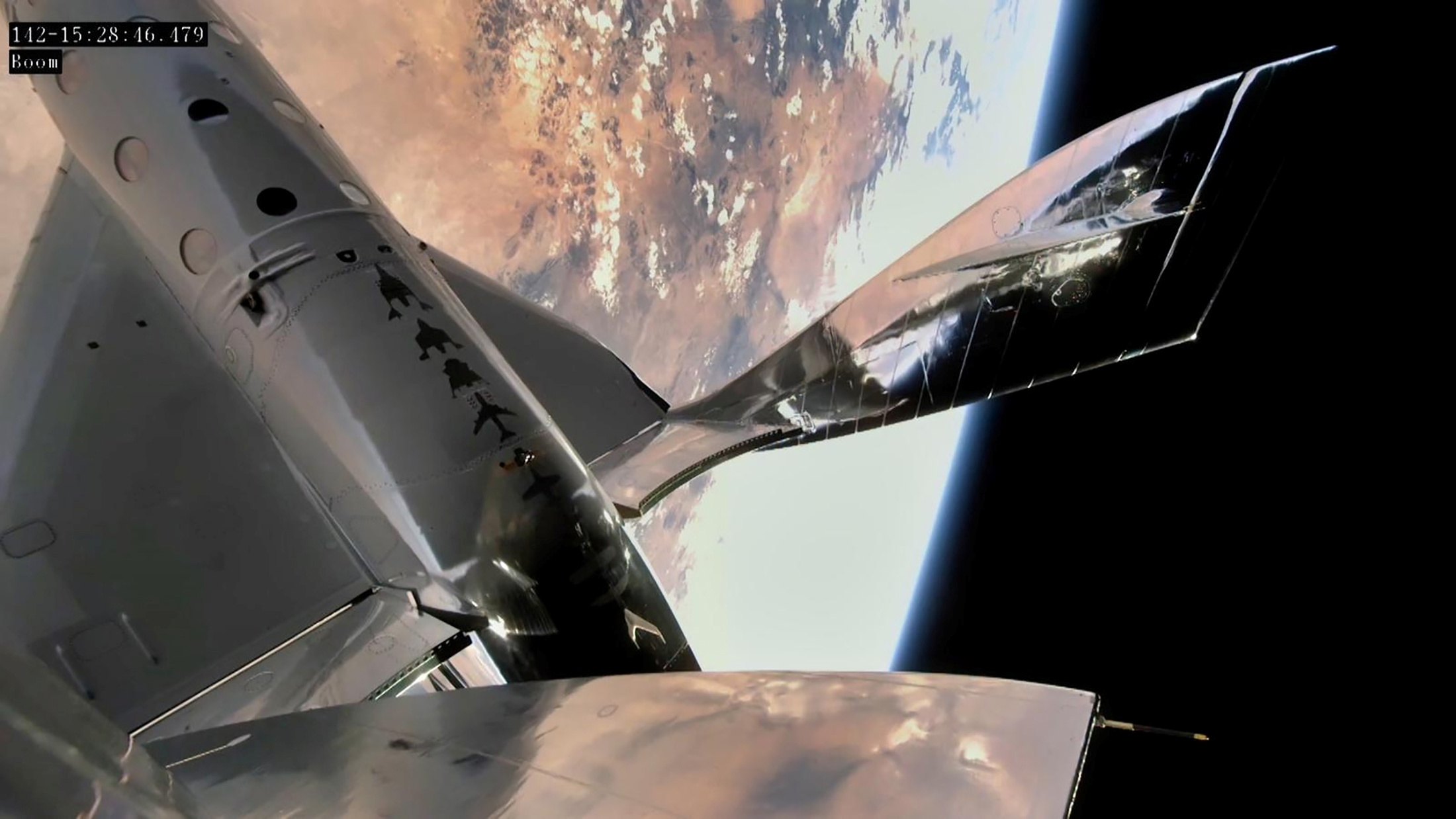 After being transported into the air by a mothership, the VSS Unity then fired its rocket motor to hurtle the ship and two pilots toward space.

British billionaire and Virgin Galactic founder Sir Richard Branson confirmed in a Twitter post that the two pilots and a research payload belonging to NASA had reached space.

“Delighted to be on the flightline to watch @VirginGalactic’s first human spaceflight from the majestic Spaceport America,” he wrote.

Virgin Galactic is aiming for commercial operations to begin next year following testing and a few months of downtime for maintenance and other upgrades.

That testing will include a flight that will take Branson to the edge of space later this year. 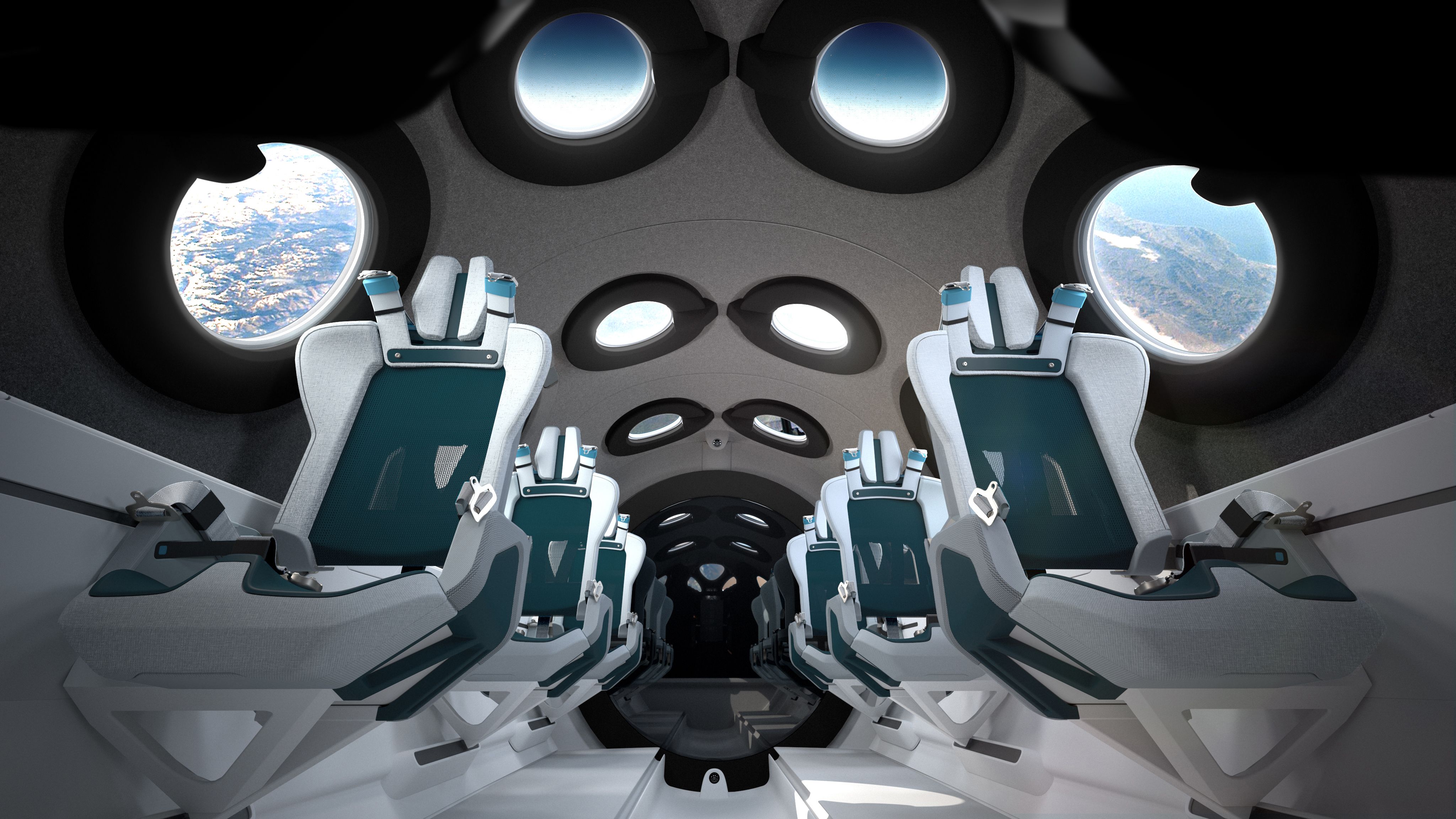 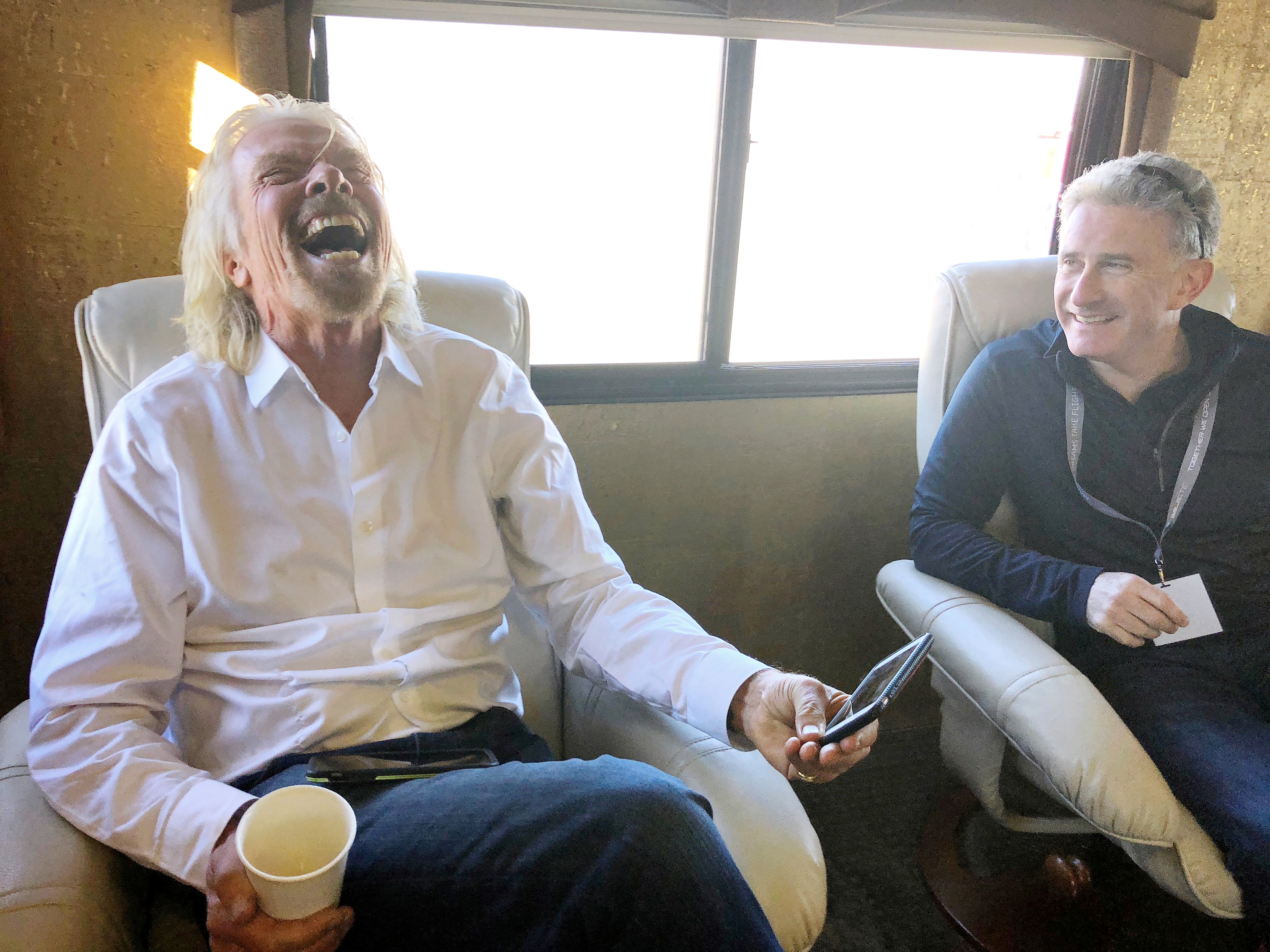 The first powered test in New Mexico from Spaceport America was delayed repeatedly before Saturday's launch.

Instead of soaring toward space, the ship and its two pilots were forced to make an immediate landing.

Preparations for the latest attempt included a maintenance review of the special carrier plane that flies the six-passenger spacecraft to a high altitude, where it is released so it can fire its rocket motor and make the final push to space.

What is Virgin Galactic?

Here’s what you need to know…

ntrepid explorers are lining up – and digging deep – to travel into space with Virgin Galactic.

But the date has been repeatedly pushed back due to technical problems.

If all goes to plan, space fans will be launched more than 50 miles above Earth – a point at which Nasa defines as outer space.

Passengers will ride aboard SpaceShipTwo, a spaceplane designed to carry six passengers and two pilots.

It is carried aloft by a large aeroplane before breaking away and zooming to an altitude of about 62 miles.

Passengers will experience a few minutes of weightlessness before Unity fires up its engines and soars back to Earth, landing on a runway like a conventional aircraft.

Virgin Galactic is up against fierce competition in the private space race from firms such as Blue Origin and Elon Musk’s SpaceX.

The flights are designed to reach an altitude of at least 50 miles before the rocket motor is turned off and the crew prepares to re-enter the atmosphere and glide to a landing.

As part of the return trip, a feathering system slows and stabilizes the craft as it re-enters the atmosphere.

Virgin Galactic is one of a few companies looking to cash in on customers with an interest in space.

But analysts have cautioned that it could be a while before the company sees profits as the exact start of commercial operations is still up in the air.

Elon Musk’s SpaceX will launch a billionaire and his sweepstakes winners in September.

That should be followed in January 2022 by a flight by three businessmen to the International Space Station.

Jeff Bezos Blue Origin launched a new capsule in January as part of testing as it aims to get its program for tourists, scientists and professional astronauts off the ground.

It is  planning for lift-off of its first crewed flight on July 20, the date of the Apollo 11 moon landing.