A White state trooper who was seen on video telling a Black driver “you are going to get your a—whipped” and yanking him out of the car by his neck is no longer with the Virginia State Police, a spokeswoman said.

The Washington Post reports that spokeswoman Corinne Geller said state police were prohibited from releasing additional detail about Charles Hewitt, the trooper seen in a viral video of a 2019 traffic stop. Joshua Erlich, an attorney for driver Derrick Thompson, said he was told during the settlement of a federal lawsuit over the incident that Hewitt was fired for cause in February, months after the video became public.

Erlich said the lawsuit was settled this month for $20,000, with no admission of wrongdoing by the state. 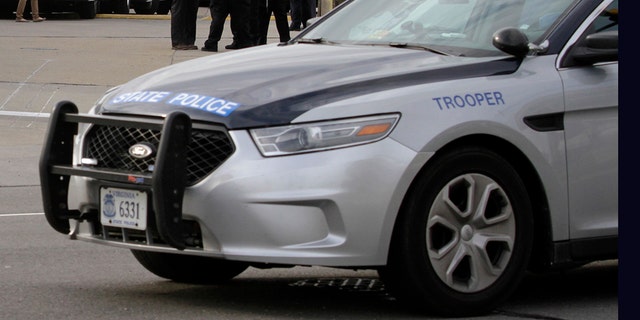 A Virginia state trooper has been removed from the force following a 2019 traffic stop. (Getty Images)

“Mr. Thompson filed this case because Trooper Hewitt’s behavior was unconscionable, and Mr. Thompson is happy with the outcome,” Erlich said. “He thought he deserved — and received — monetary compensation. And although the VSP did not admit to any wrongdoing, Mr. Thompson is heartened Trooper Hewitt is no longer on the street and thinks Virginia is safer for it.”

The Virginia Attorney General’s Office confirmed a settlement, but did not offer any other comment. A working phone number could not be located for Hewitt.

After Erlich first posted the video on Twitter last summer, it was retweeted thousands of times and was featured widely in news reports.

The video, which was filmed by Thompson with his cellphone, begins after Thompson, 29, of Woodbridge, was pulled over in Fairfax County for an expired inspection decal. It shows him sitting behind the wheel of his car claiming he was not a threat and that a request from him to get out of his vehicle was unlawful.

At one point, Hewitt leans toward Thompson and yells: “Take a look at me. I am a f—ing specimen right here, buddy. You have gotten on my last nerve, all right?”

Thompson tells Hewitt he has his hands up.

Hewitt then tells him: “You are going to get your a– whooped.” He goes on to say: “I’m going to give you one more chance. You can bring that with you — I’ll let you film the whole thing.”

Hewitt tells Thompson he is being placed under arrest, looks into the camera and says, “Watch the show, folks.”

Hewitt then forcefully removes Thompson from the car, takes him to the ground and arrests him. Thompson pleaded guilty to misdemeanor obstruction of justice last year.

“The conduct displayed by Trooper Hewitt during the course of the traffic stop is not in agreement with the established standards of conduct required of a Virginia trooper,” Settle said in a statement in July.