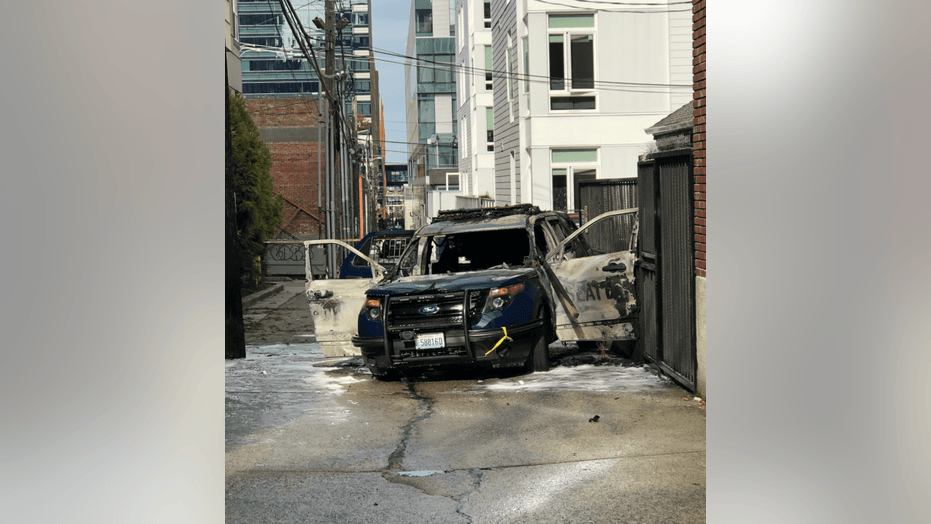 The Seattle Police Department has released footage of a suspect throwing a torch into a patrol car while an officer was inside.

The incident took place Thursday around 1:30 p.m. In the video, an officer approaches a suspect brandishing a flaming piece of lumber as he walks down an alley.

The officer stops his car and shouts for the suspect to stop. The suspect shouts an expletive at the officer and continues walking down the alley.

The officer drives after the suspect, parks a few paces away from the torch-wilder and shouts: “Seattle police, stop dude!”

The suspect appears to turn around and charge at the cruiser, before throwing the torch inside. The officer can be seen firing his gun as the suspect runs away and smoke obscures the dashcam's view.

Responding officers chased the suspect into a parking garage, deployed a taser, and took him into custody at King County Jail, police said. He has been identified as 37-year-old Brian Leil. The suspect was not injured in gunfire, police said.

Pomazon has been with the department for one year. He is currently on paid administrative leave per department policy.