A SAGE member today flatly dismissed claims the advisory group has bowed to pressure from ministers on coronavirus.

Sir Jeremy Farrar, head of the Wellcome Trust, said he had never experienced any attempt to ‘influence’ guidance, as the government’s former chief scientist Sir David King set up a rival ‘independent’ body.

He also rejected concerns about No10 chief Dominic Cummings attending the crucial gatherings, which ministers say have dictated their response to the crisis.

But Sir Jeremy told BBC Radio 4’s Today programme there should be more transparency about the work of SAGE, with membership and minutes published.

Sir David, who was chief science adviser from 2000 to 2007, has declared he will chair an alternative to the Scientific Advisory Group for Emergencies this afternoon.

He said the new board was necessary because he feared experts were deferring to ministers. 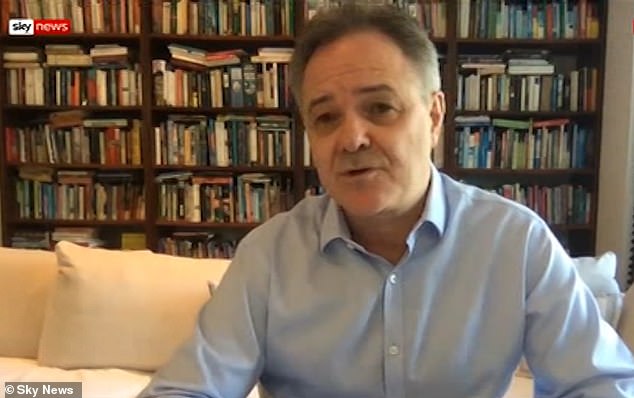 Sir Jeremy Farrar, head of the Wellcome Trust, said he had never experienced any attempt to ‘influence’ SAGE 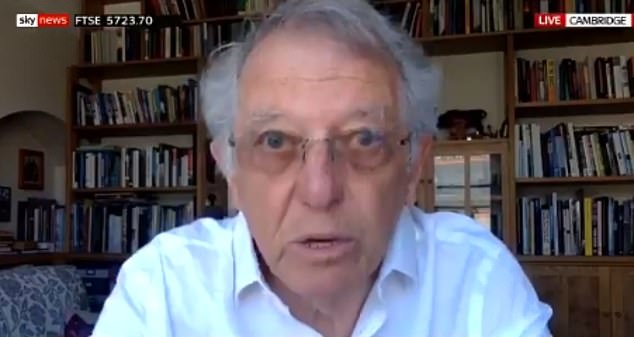 Sir David King, who was chief science adviser from 2000 to 2007, has declared he will chair an alternative to the Scientific Advisory Group for Emergencies this afternoon

Asked if that meant they were not free to speak their minds, Sir David told Today: ‘I believe that’s the case, yes.

‘I think there’s a very big difference between the situation today and the situation as it was in 2010-11, that is quite simply the permission to speak in the public domain has been changed.

‘I think the main point I’m making is that an independent science advisory group really needs to be dominated by people whose income is not determined by the fact they are working for the Government.’

However, Sir Jeremy said around 250 people ‘feed into’ SAGE and he had not detected any efforts to influence it.

Asked if he had been taken aback that Mr Cummings attended some meetings, Sir Jeremy said: ‘I was not surprised. I would personally view that advisers from the central part of government – which is effectively No10 – do attend those meetings. I think that helps the advice getting into government.

‘Unless policy makers and decision makers within the government machinery hear the advice then it’s very difficult for that advice to be followed through and implemented.

‘As long as those policy makers do not influence the advice that is given, and I have never witnessed policy makers from No10 or anywhere else in government actually trying to influence that advice, I think that it is helpful that SAGE is listened to by people within policy.’ 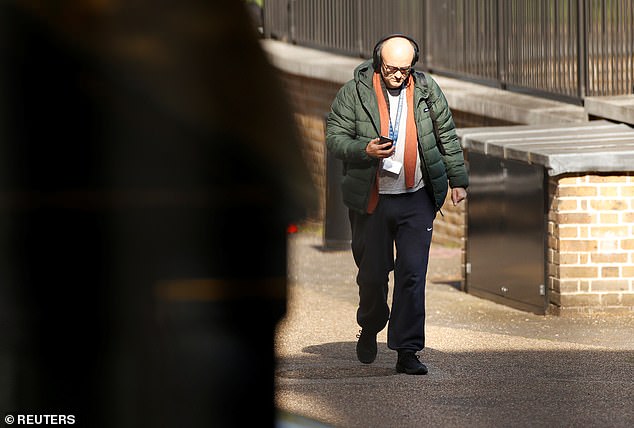 Sir Jeremy rejected concerns about No10 chief Dominic Cummings (pictured in Whitehall today) attending SAGE gatherings, which ministers say have dictated their response to the crisis

Sir Jeremy said he backs publishing the membership of the advisory group as well as the group’s advice and the minutes of its meetings.

He told Today: ‘I think transparency is right. I’m all in favour that the names of people on that group are made available to everybody, and indeed I would push very clearly for that advice to be made public from the start.

‘Personally, I would make the minutes transparently available after a certain time.

‘Transparency helps people to understand the uncertainty, the difficulty, the fact that actually advice does have to change as the facts change.

‘That’s only sensible and logical.’