ONE person has died and another five are in critical to serious condition after "two or three" suspects opened fire on a street inBaltimore on Wednesday.

All of the victims were rushed to the hospital where one of them was later pronounced dead. The suspects fled the scene. 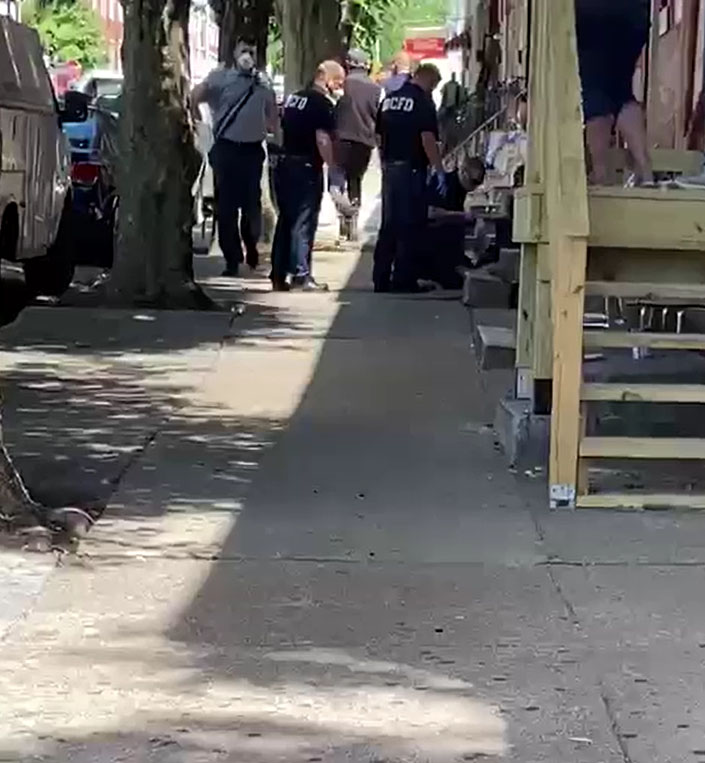 The other five people are currently in serious to critical condition and remain in hospital.

The police commissioner said that cops initially found two victims at the scene, before discovering another four who had been shot.

Commissioner Harrison said that there were at least "two or three" people who "began firing into the block" where the victims were "standing and seated."

Two of the victims were allegedly shot in their right arm, according to the Citizen app.

A local reporter also claimed that police were looking for a burgundy Acura, however the commissioner could not confirm if this was linked to the shooting.

Footage from the scene appeared to show police attending to a potential victim who was on the floor.