Where they stand: lord mayor candidates pitch for the top job

The Age is today hosting a live virtual event for subscribers with four of the candidates vying to become lord mayor of the City of Melbourne. 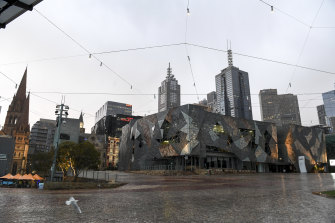 We thought having all nine candidates would be unwieldy in an hour-long forum, but those not participating have been given the opportunity to write their pitch to voters.

Below are the responses we received from some of the remaining candidates. More information about the other candidates can be found here: 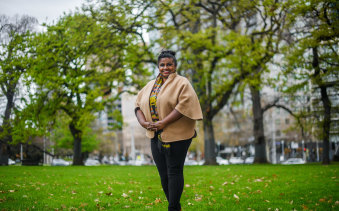 In 2020, conventional notions of what’s possible have been shaken up. We need to come together, knowing that this is a moment we can change society for the better.

Local government can facilitate a more liveable, affordable, sustainable future. We are committed to setting our economy on a path that is fair.

Our plan is for homes for everyone: we’ll build 256 social housing units on council land next term, amend the Arden Structure Plan to build 938 public housing units by 2025, and introduce ‘inclusionary zoning’ to facilitate over 3000 affordable units in the private sector by 2035. It’s time government built housing again, for economic stimulus and as a public good in its own right.

Our plan is for parks for everyone: COVID-19 has taught us the value of public open space and community health. Southbank and North Melbourne are the areas of our municipality with the worst public space ratios, so we have a costed plan for three new major parks, including by decking over CityLink.

Our plan is for fair rates for everyone: unlike others who are proposing a ‘rates freeze’, starving the council of revenue in the long-term, we want to keep expenditure high in a recession. So we will change our ratings system to apply equitable differential rates. We can halve rates (not just freeze them) on cafes, bars, restaurants, live music venues, theatres; everywhere hit hardest by the recession. And we can freeze them for residents, while doubling them for five years for those with the capacity to pay, like gambling venues. We want Melbourne’s hospitality, cultural venues and small businesses to survive the recession.

We never take donations from developers or the gambling industry: we’ll keep council honest and always focused on the public good. 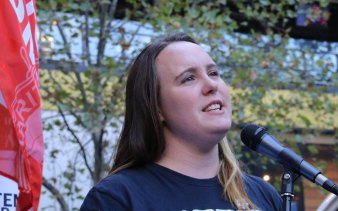 Victorian Socialists candidate Kath Larkin says the City of Melbourne is dominated by the rich, and must better represent the people.

Victorian Socialists are shaking up the race for the City of Melbourne this year, challenging the power of big business and fighting to give the loudest voice to the people who make our city run. The council is currently dominated by the rich, with businesses receiving two votes in municipal elections, while the current lord mayor has an advisory committee made up of “captains of industry”. We want to uproot this arrangement by getting working-class trade unionists and activists elected.

We will tackle the housing affordability crisis by campaigning for a five-year rent freeze, mandatory inclusionary zoning and a revolution in public housing policy to clear the 100,000-person waiting list.

We will fight to reverse the privatisation of aged care facilities, which have been at the centre of Victoria’s COVID-19 outbreak. We will demand an economic recovery that prioritises workers’ rights over the profits of business, opening employers to union scrutiny and enforcing safety standards. We will use council as a platform for social justice movements, supporting the demands of Black Lives Matter and tearing down the monuments to genocide which litter our CBD.

I am a rail worker and proud trade unionist, with a record of fighting for safety and respect for frontline workers on the job. If elected, I will forgo the exorbitant salary of over $200,000 that Sally Capp currently enjoys, taking the wage of an average worker and giving what’s left to community campaigns. Our deputy lord mayoral candidate, Daniel Dadich, is a youth worker assisting refugees. Our lead council candidate, Chris di Pasquale, is an English teacher and leading anti-racist campaigner.

For a capital city for all, not a city for capital, Vote 1 Victorian Socialists for the City of Melbourne.

The Spanish flu shaped the 20th century, COVID-19 is changing our 21st. Melbourne must adopt COVID-19 lessons and reform. To ride over the imminent storms that may follow, Team Zorin advocate keys reforms to have Melbourne well-paced for the post COVID world: