A WHITE woman has been fired from her job after she was caught on camera telling her black neighbor "you are not the right color" – while wearing her staff name badge.

The food bank worker told Laquetta Good she considered her to be an "n-word" during a heated confrontation filmed in Colonial Heights, Virginia. 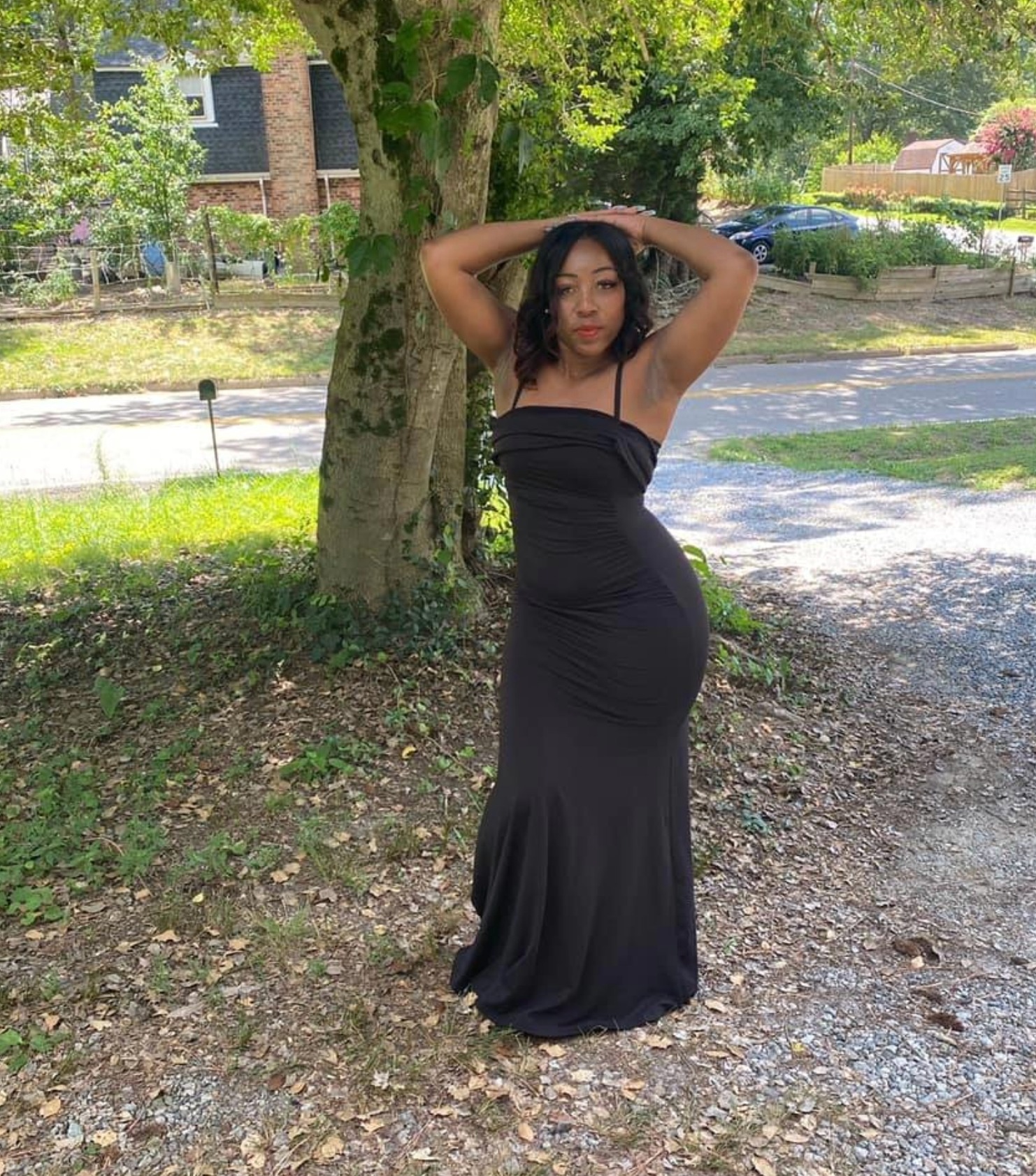 The row didn't take place while the woman was working, and apparently erupted over an ongoing dispute as the two mom's kids don't get along, reports the Daily Mail.

The white woman, who was wearing a badge bearing the name Hilary, can be heard shouting in the clip from the sidewalk to her neighbor stood on her porch.

"Watch me. Watch me handle this," she calls out.

"You are not the right color, honey."

When Laquetta then asked if her neighbor considered her an "n-word", she replied "yes, you are."

Mom-of-two Laquetta says she feels like a "prisoner in her own home" due to simmering tensions between the pair, fuelled further by the racist remarks.

"She has called me many names before but to hear her being racist, that really shocked me," the 30-year-old told the Mail. 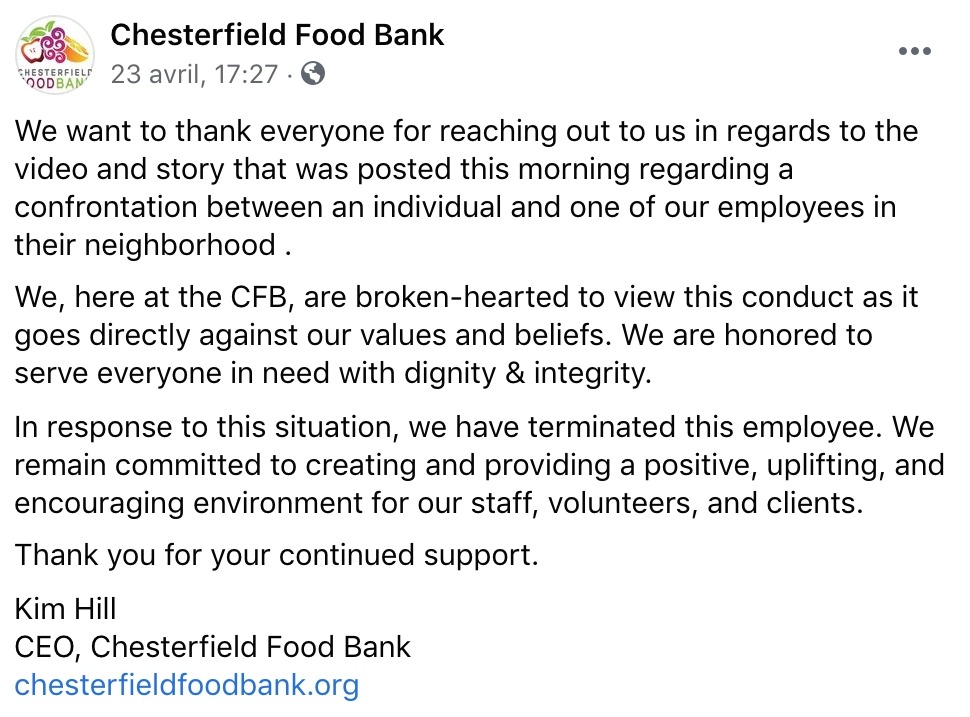 "You should be able to feel comfortable in your own home. This is not acceptable.

"We still have a long way to go as a society for equality."

The fiery argument was filmed on Thursday and posted on Facebook on Friday, with many outraged viewers contacting Chesterfield Food Bank – where the white woman worked – to tell of their anger.

Kim Hill, the CEO of the centre, said they were "broken-hearted" by the incident and promptly fired the disgraced employee.

"We want to thank everyone for reaching out to us in regards to the video and story that was posted this morning regarding a confrontation between an individual and one of our employees in their neighborhood," a statement from the food bank read.

"We, here at the CFB, are broken-hearted to view this conduct as it goes directly against our values and beliefs.

"We are honored to serve everyone in need with dignity and integrity.

"In response to this situation, we have terminated this employee.

"We remain committed to creating and providing a positive, uplifting, and encouraging environment for our staff, volunteers, and clients. Thank you for your continued support."