Home » World News » WHO alters timeline to indicate it first learned of coronavirus from Internet, not Chinese officials

WHO alters timeline to indicate it first learned of coronavirus from Internet, not Chinese officials 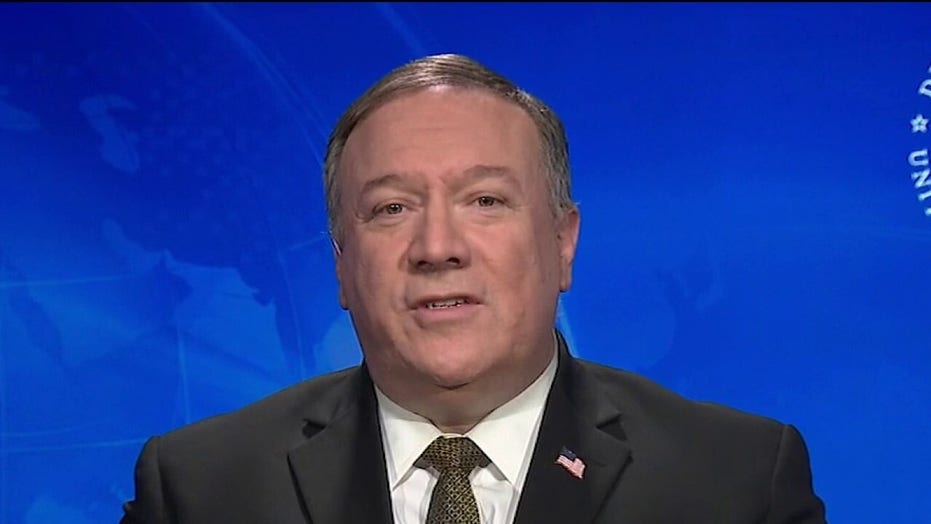 Mike Pompeo: U.S. might never return to WHO, bolder change may be needed

The credibility of the World Health Organization (WHO) and its dealings with the Chinese government in the early days of the pandemic have once again come under scrutiny following revelations that the U.N.-backed global health body tacitly changed its coronavirus timeline to disclose that it initially heard about the novel virus outbreak from the Internet, not Beijing officials as it has long insisted.

According to multiple reports, the revisions were made on the WHO website on June 29, adding fuel to the fire that the Chinese leadership long purported to cover up the new virus, formally termed COVID-19, and that the WHO assisted them in doing so.

HOW COMPLICIT IS THE WHO IN CHINA'S CORONAVIRUS COVER-UP?

The revised text continues to maintain that on Dec. 31, 2019, "WHO's Country Office in the People's Republic of China picked up a media statement by the Wuhan Municipal Health Commission from their website on cases of 'viral pneumonia' in Wuhan, People's Republic of China," but adds that "the WHO's open-source intelligence platform also picked up a Chinese-language news report from Finance Sina, a Chinese outlet, about the same cluster of cases in Wuhan, attributed to a 'pneumonia of unknown cause.'" 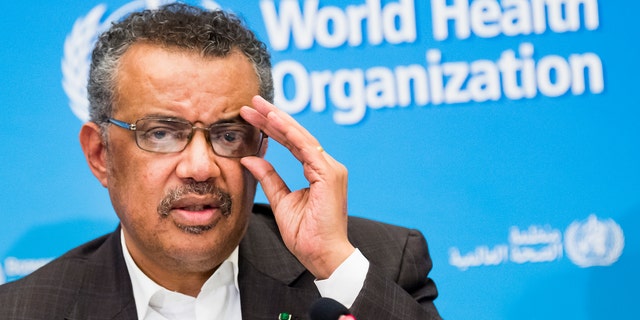 The WHO previously said its first knowledge of the coronavirus stemmed from an alert issued by the Wuhan municipal health commission, the AFP noted. However, the timeline modification now clarifies that the first notification came from the WHO's Beijing office rather than from Beijing authorities.

Both the WHO and the Chinese Communist Party (CCP) have vehemently insisted that there was no coverup or collusion, despite an investigation from the U.S. government which led to President Trump announcing in late May that the American taxpayer would no longer be funding the organization over its mishandling of the pandemic.

For decades, the U.S. served as the WHO's largest donor – forking out around $400 million annually and some 10 times more than China. In response, Beijing had pledged to vastly increase the amount it gives the organization.

A spokesperson for the WHO did not immediately respond to a request for comment to clarify the timeline change and why it was enhanced more than six months after the initial findings.

In a statement released to media outlets over the weekend, the agency said – as per Business Insider – that the new timeline "gives more details" regarding the early days of the burgeoning crisis that has since taken the lives of more than half a million people globally.

But the latest narrative change is one of just many in recent months pertaining to how much the WHO knew and its questionable relationship with Chinese officials.

ON CORONAVIRUS, CHINA AND WHO SHOW THEY'VE LEARNED LITTLE AFTER 2003 SARS OUTBREAK

For one, doctors in Wuhan were aware the virus could spread between humans as early as the beginning of December, with patients falling ill despite having had no exposure to the wet market.

The first confirmed case from inside Wuhan was said to have been logged on Dec. 8, a woman who claimed to have not been connected to the market. It raises questions about what went on during the weeks in between, the WHO's own investigative abilities and why an initial tweet sent by the WHO on Jan. 14 said there was "no evidence of human to human transmission." 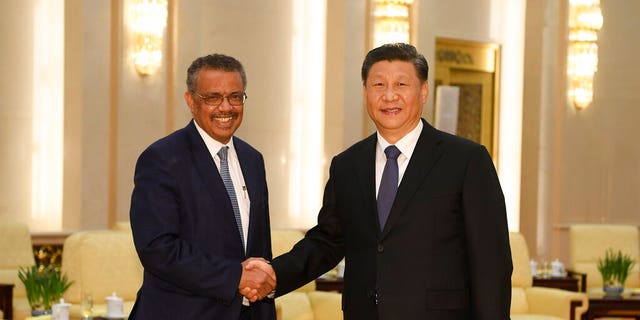 FILE – In this Jan. 28, 2020, file photo, Tedros Adhanom, director general of the World Health Organization, left, shakes hands with Chinese President Xi Jinping before a meeting at the Great Hall of the People in Beijing.  (Naohiko Hatta/Pool Photo via AP, File)

Furthermore, on Feb. 3, several weeks after scores of countries – including the United States – had confirmed cases of the new illness, WHO's Director-General Tedros Adhanom Ghebreyesus proclaimed that "the spread to other countries is minimal and slow," and the virus could be "contained easily" as a result of China's "strategy and efforts." His comments came a week after the health chief met with Chinese President Xi Jinping.

ON CORONAVIRUS, CHINA AND WHO SHOW THEY'VE LEARNED LITTLE AFTER 2003 SARS OUTBREAK

Recent reports have also pointed to the notion that China halted the release of vital information to the public for several days and waited more than a week to release the genome publicly so that diagnostic tests could be developed by other countries.