Who is TB Joshua's wife Evelyn?

POPULAR but controversial Nigerian evangelical preacher, TB Joshua, has died, his church has announced on Facebook.

The multi-millionaire pastor, 57, proposed to his wife-to-be 45 minutes after they met. Here's more on his widow, Evelyn Joshua. 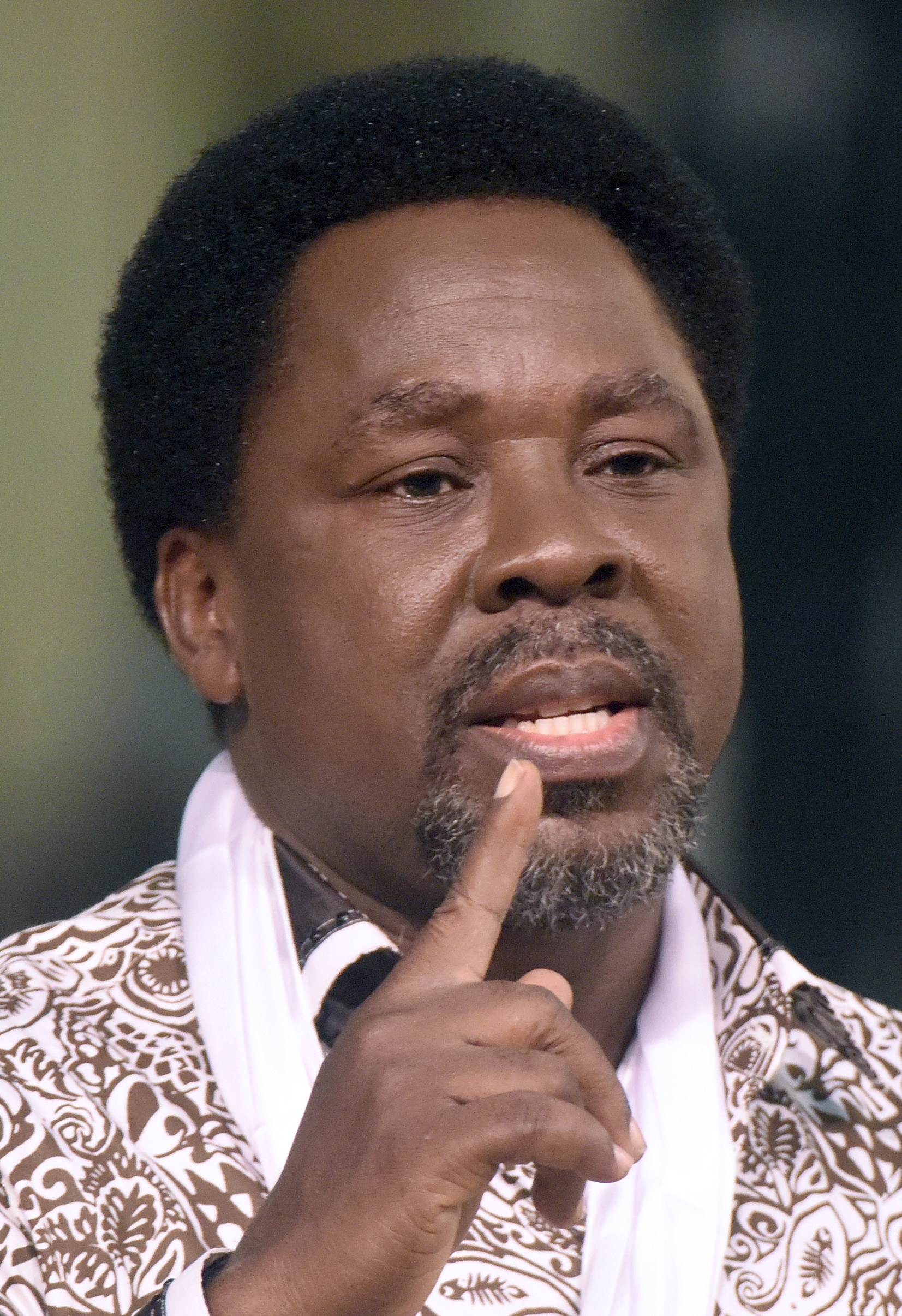 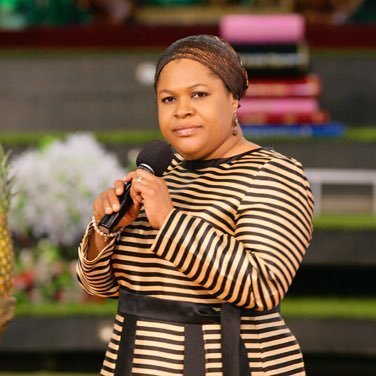 Who is TB Joshua's wife Evelyn?

He was widely known as a "televangelist", with preachings live-streamed on social media and on his popular TV station Emmanuel TV.

TB Joshua died on June 5, 2021, shortly after a live broadcast, with a post on his Facebook page reading: "God has taken His servant."

Evelyn confirmed his passing, tweeting: "Losing a loved one is never easy; whether sudden or foreseen it’s always heartbreaking.

"Grief can wreak havoc on our overall well being. That’s why it’s important to stay rooted to the Almighty.

"Only He can lessen our heartache and comfort us in these times. Seek refuge in Him." 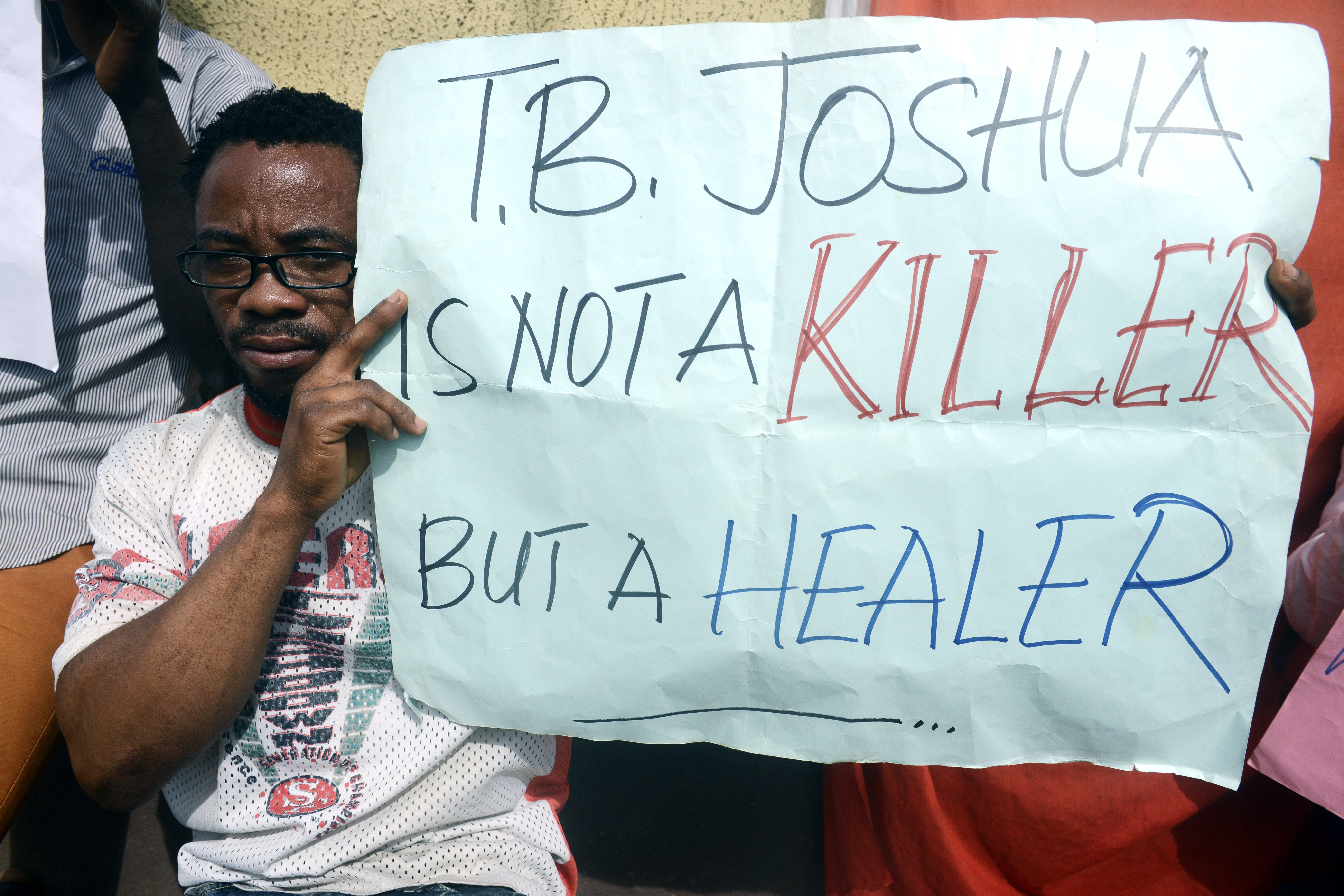 Evelyn's early years were spent in Ezi Town, Delta State in Nigeria before she moved to Lagos.

She was working at the Nigerian Distilleries in Ota, Ogun State when she met TB, reports Briefly.

She had a twin brother, but "fate took him before time", the website adds.

In 1990, Evelyn travelled to Egbe to visit her sister.

While there, she "met the then-vibrant Pastor TB Joshua, who was five years older than her.

"She had gone to meet him for counselling and spiritual guidance," explains Briefly. 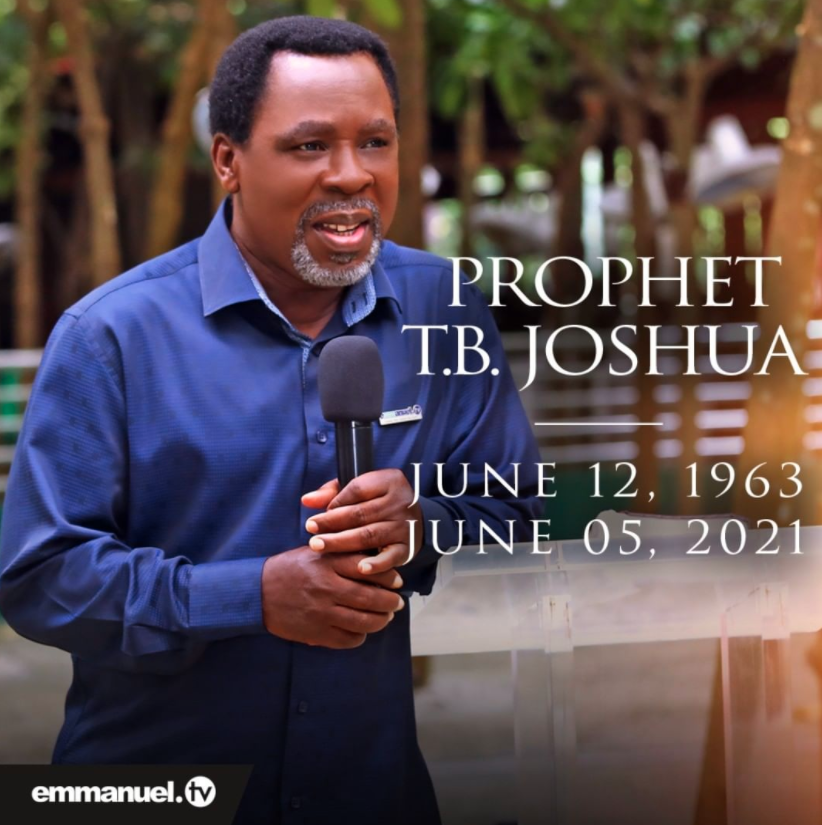 But, by the end of the 45-minute-long session the pastor was smitten, and asked her to marry him on that same day.

She recalled: "We were just looking at each other until he, at a time, wrote my name on the piece of paper.

"So, we started talking. He told me a lot of things about myself, both things that I knew, and those that I never knew.

"I was shocked. He told me about my family, about my past, my present and my future. Altogether, we spent about 45 minutes."

Briefly describes Evelyn as second in command of The Synagogue, Church of All Nations.

Aside from preaching in the church, she also counsels followers.

TB Joshua's net worth was estimated at $10million, and he was one of the richest pastors in Africa, reports Briefly. 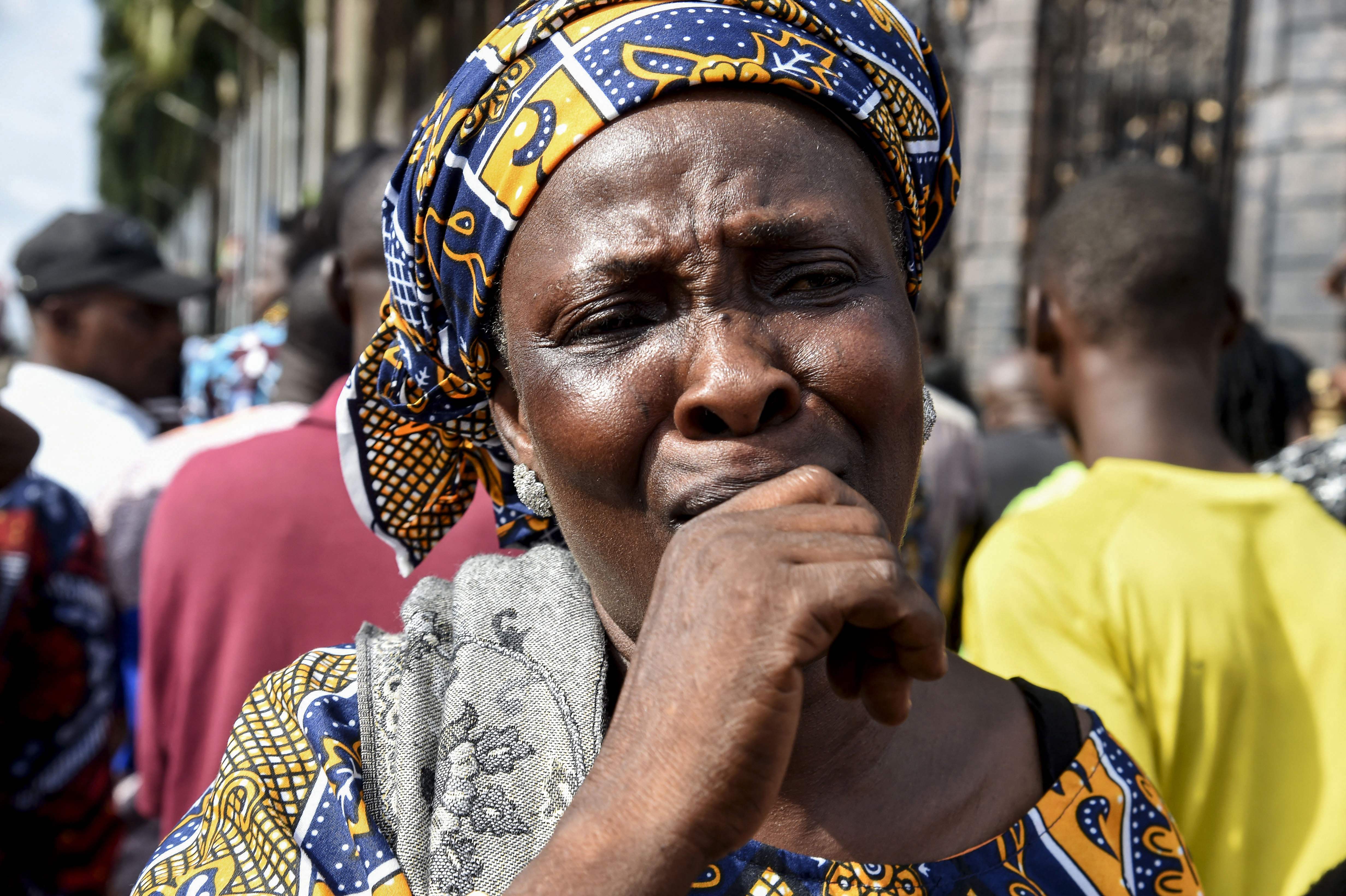 The website says that despite facing various 'challenges', he and Evelyn had a strong relationship.

He boasted of having cured people of AIDS and even bringing the dead back to life.

The pastor's YouTube channel, which has more than 1.8million subscribers and 600million views, was shut down over allegations of hate speech against LGBT people.

In one of his videos, watched more than 1.5million times, a woman was violently bashed to "cure" her of her sexuality.

Facebook also removed several videos on Joshua's page, which has more than 5.7million followers, because of his "cures".

TB Joshua was also in the spotlight after 116 people died – 84 of them South Africans – when a six-storey guesthouse at his Lagos church complex collapsed in 2014.

An inquiry found extra floors had been added without planning permission, and engineers responsible for the construction are currently on trial for manslaughter. 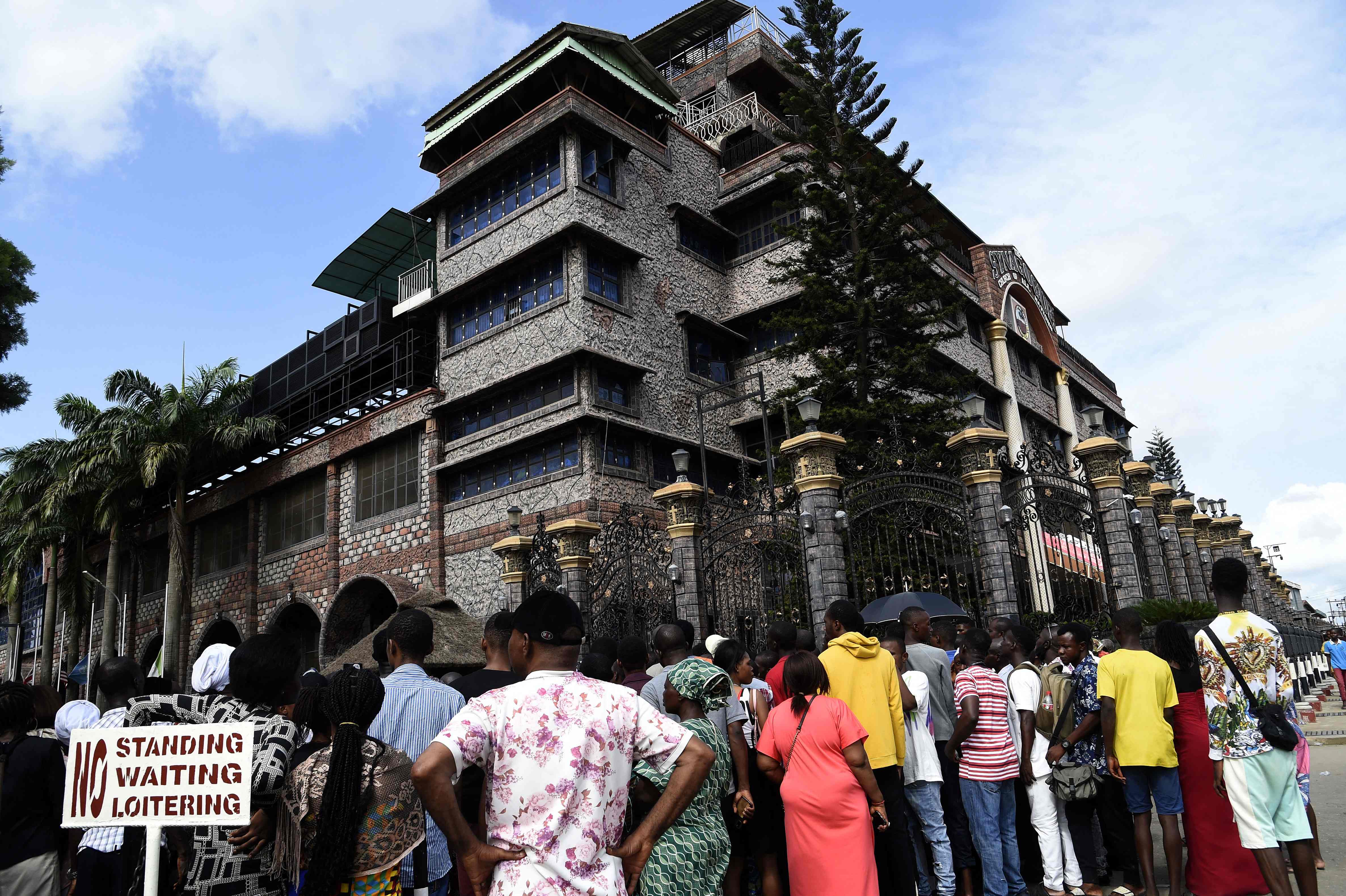 When did TB and Evelyn Joshua get married?

The couple wed in 1990, so they had been married for 31 years until TB Joshua died.

Did TB and Evelyn Joshua have children?

Serah, the eldest of the three daughters, is a law graduate from the London School of Economics and is currently pursuing her PhD, reports Briefly.

Serah was admitted to the bar in Nigeria as a legal practitioner in December 2015.

She married a Tanzanian man in Arusha, Tanzania, in 2021.

The middle daughter, Promise Joshua, is studying for her master's degree at the London School of Economics, where she has been focusing on international relations and politics.

The couple's youngest daughter is still at secondary school.