Home » World News » Why is 'Josh Fight' trending on Twitter?

THE Battle of the Josh's is upon us, as one year ago today one Josh called out eight others with the same name to a grand clash on April 24, 2021 to see who gets to keep the Josh name.

The hilarious meme resurfaced on social media this week, as Twitter users realized the day of the fight was slowly approaching. 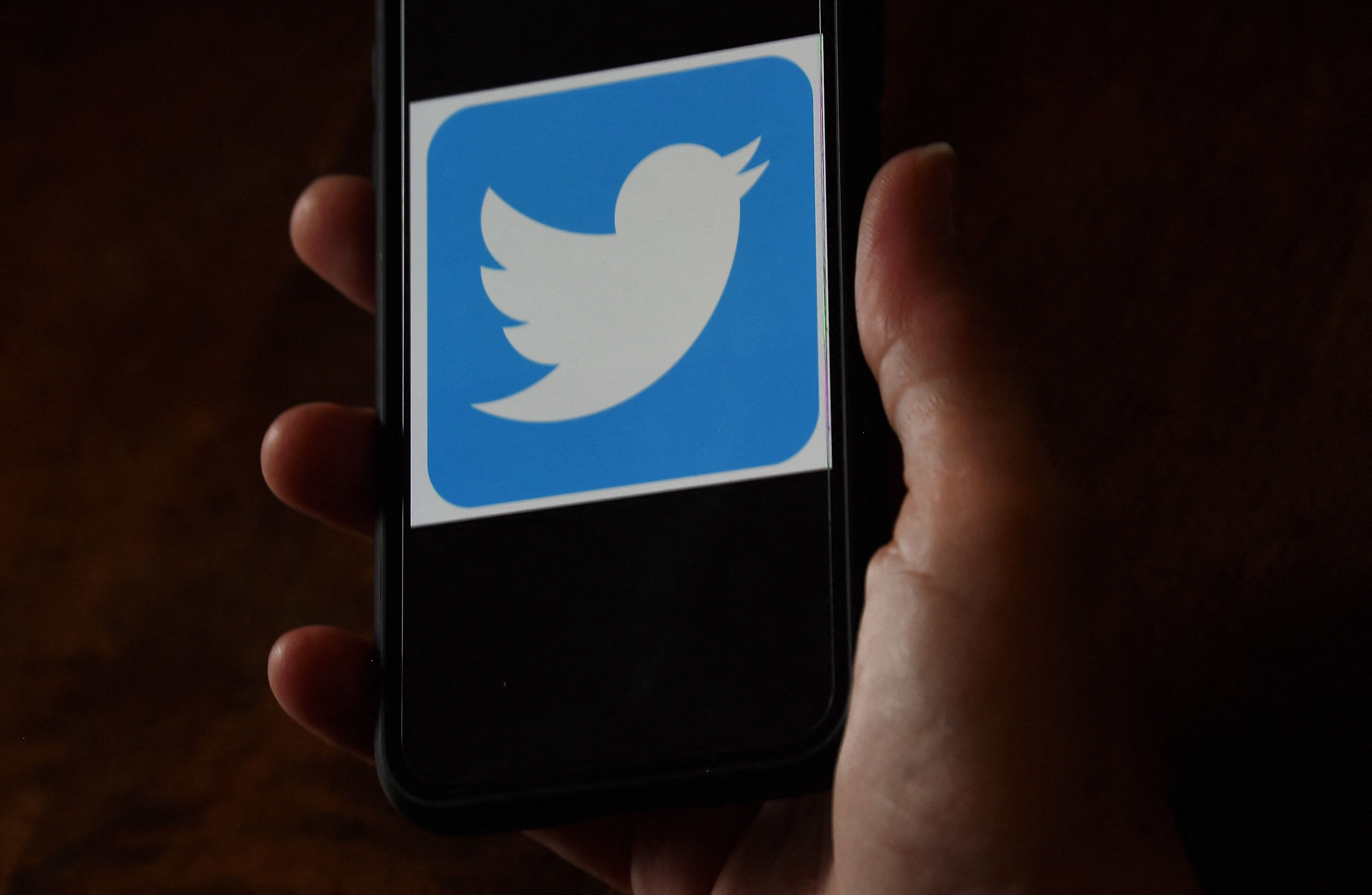 A screenshot began circulating on April 24, 2020 that showed a group message exchange on Facebook.

The members included in the thread all were named "Josh Swain." 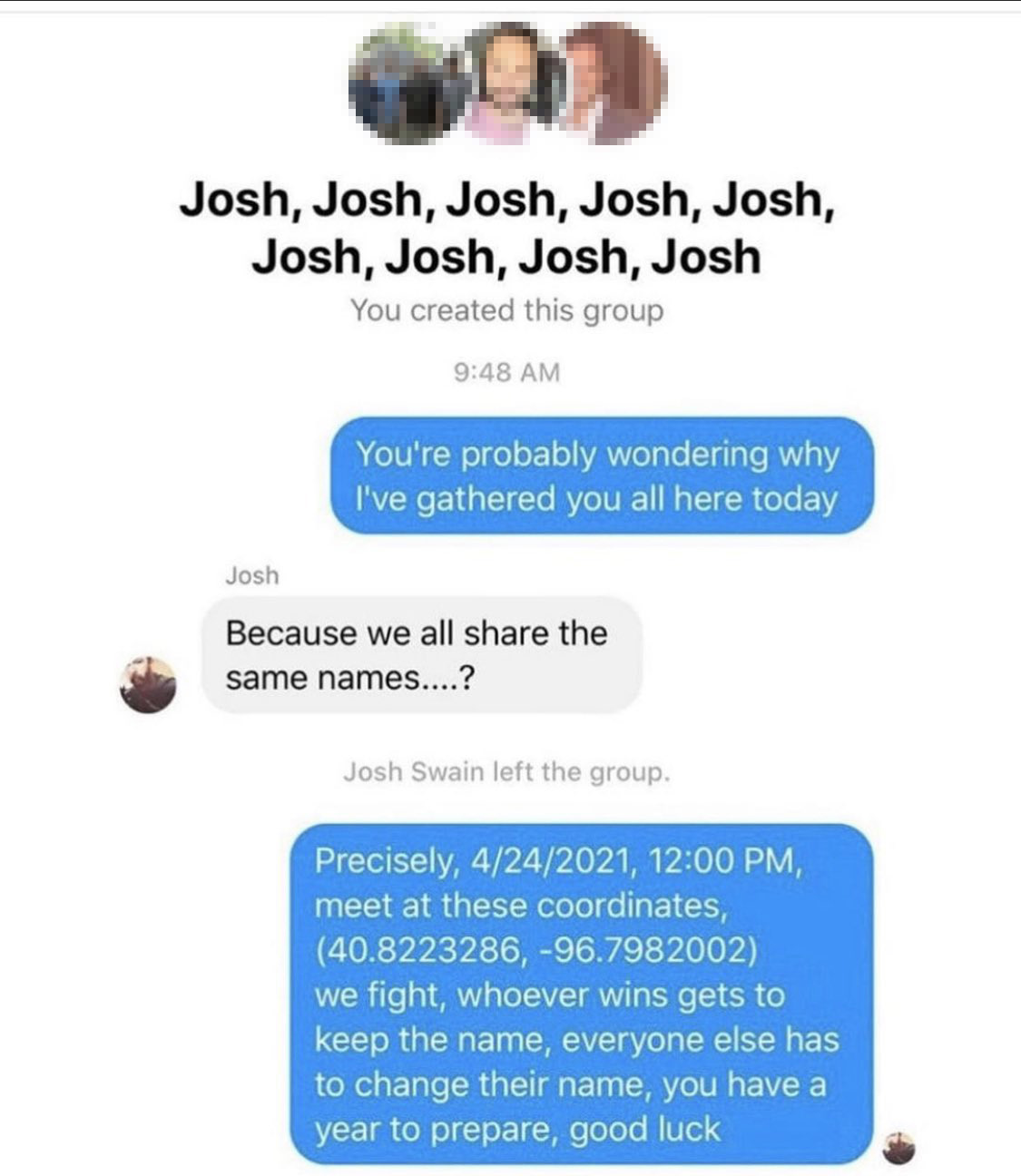 "You're probably wondering why I've gathered you all here today," the group's creator wrote in the first message in the chain.

"Because we all share the same names….?" one Josh Swain replied, while another left the group.

While the post went viral as a joke, the date of the "fight" has approached.

The messages are getting a lot of attention online again as users have been wondering if anything will actually happen between those in the "Josh Swain" Facebook group.

What are people saying on social media?

On April 19, Twitter user Carlos Spicy Wnr wrote, "We’re 5 days away from the Josh fight, this should be on everyone’s radar."

Another person tweeted: "the day of reckoning is almost here." 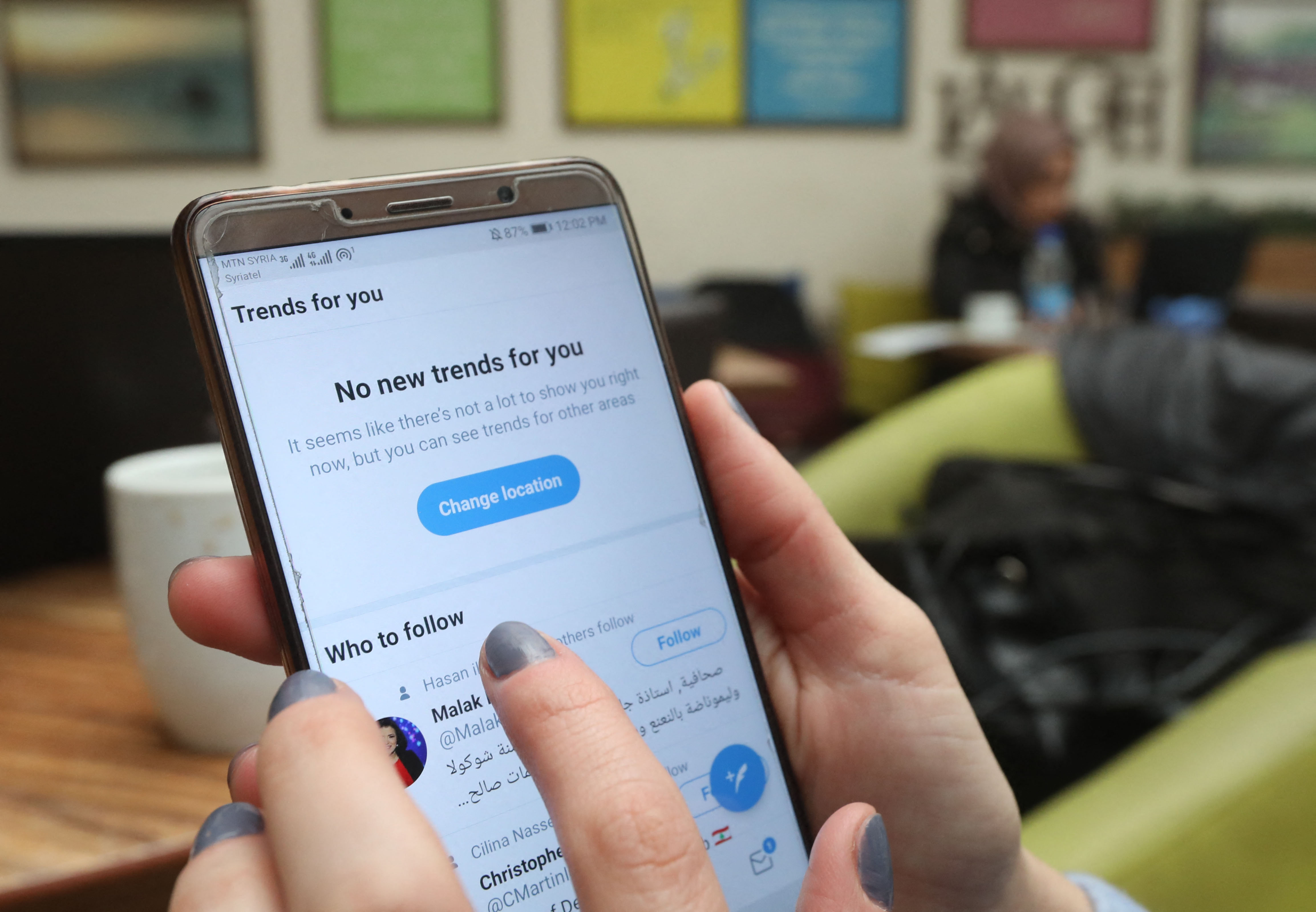 A third person chimed in asking, "Can any Josh go up and fight for the right to being called The Josh of All Josh's? Asking for a friend."

A fourth person wrote, "anyway, y’all ready for the #JoshFight??? i wanna know who won!"

On April 23, a TikTok video went viral after a user "updated" folks on the "Josh Fight" saying it was moved to a larger park down the road from it's original location in Nebraska.

The big "Josh Fight" actually took place as a large number of people gathered at the Air Park Green area in Nebraska.

Videos of the "fight" showed folks hitting one another with pool noodles, as a number of different Josh's in all shapes and sizes attended the event.

At the end a four-year-old "Little Josh" came out victorious and was proclaimed the rightful owner of the name Josh.