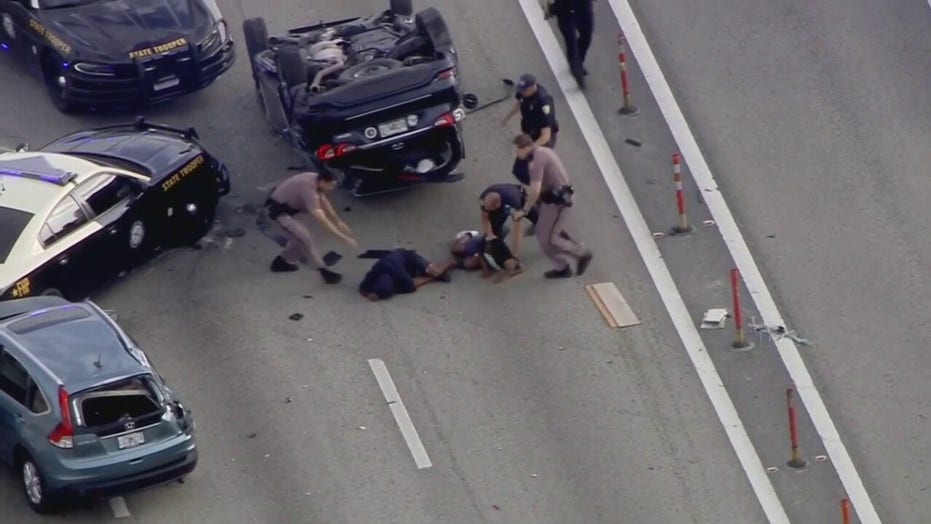 Suspects led police on a chase through Florida’s Broward County, injuring several people before crashing to a stop.

A Wednesday morning police chase in Florida’s Broward County ended with five juveniles in custody and several others injured, according to authorities and shocking video.

Police were called shortly before 7 a.m. Wednesday for a report of a Fort Lauderdale home being burglarized while people were inside. According to the caller, the suspects were trying to steal a car from the garage of the home, police said.

They got away, but not before police were provided with a description of their vehicle. When cops caught up to the getaway car and tried to pull it over, the suspects refused and a police chase ensued, authorities said.

The pursuit continued, with the car “driving erratically,” police said. The suspects allegedly struck a bicyclist and kept driving, ultimately making their way onto southbound Interstate 95.

Video of the chase shows police vehicles hanging back as the car speeds ahead on the interstate, all while being monitored by department helicopters. 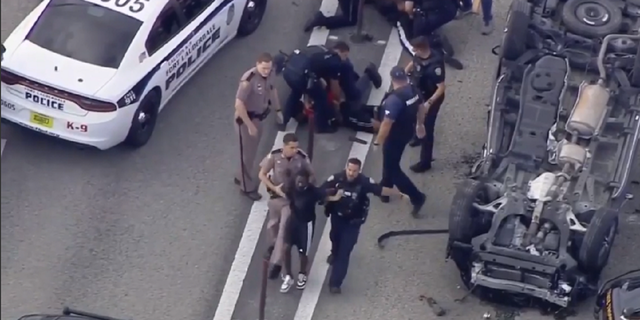 The driver appears to make a sudden right turn – across three lanes – at which point the vehicle hits at least one other car, barrels into a guardrail and strikes an SUV before overturning and spinning to a stop, the video shows.

Police then move in, either pulling the suspects out of the vehicle or handcuffing them after they’ve removed themselves.

The Fort Lauderdale Police Department said five juveniles were taken into custody from inside the car. Their names and ages and the charges against them were not immediately available.

The cyclist, several other victims and all five suspects were taken to area hospitals with non-life-threatening injuries.

Police determined the suspect’s vehicle had been stolen out of Miami-Dade County. Investigators are still probing the burglary and the attempt to steal the vehicle, as well as the crash.