Home » World News » Woman, 27, says her 34O boobs won’t stop growing – and her nipples are bigger than the palm of her hand

Woman, 27, says her 34O boobs won’t stop growing – and her nipples are bigger than the palm of her hand

A 27-YEAR-OLD woman said her 34O boobs won't stop growing and her nipples are bigger than the palm of her hand.

Kayla Romero, from Houston, Texas, claims that since the age of 12 her breasts have continually ballooned, growing every month. 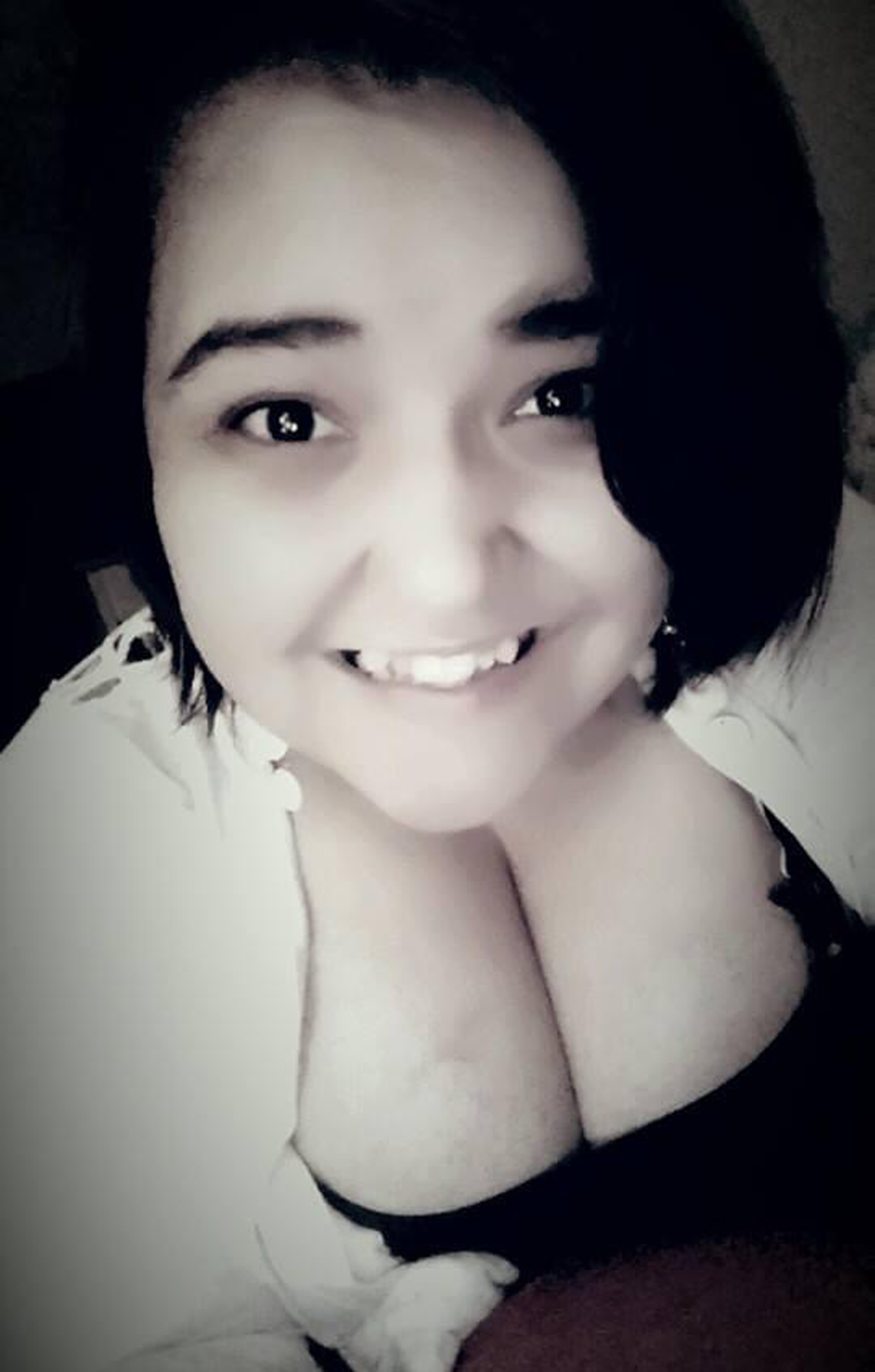 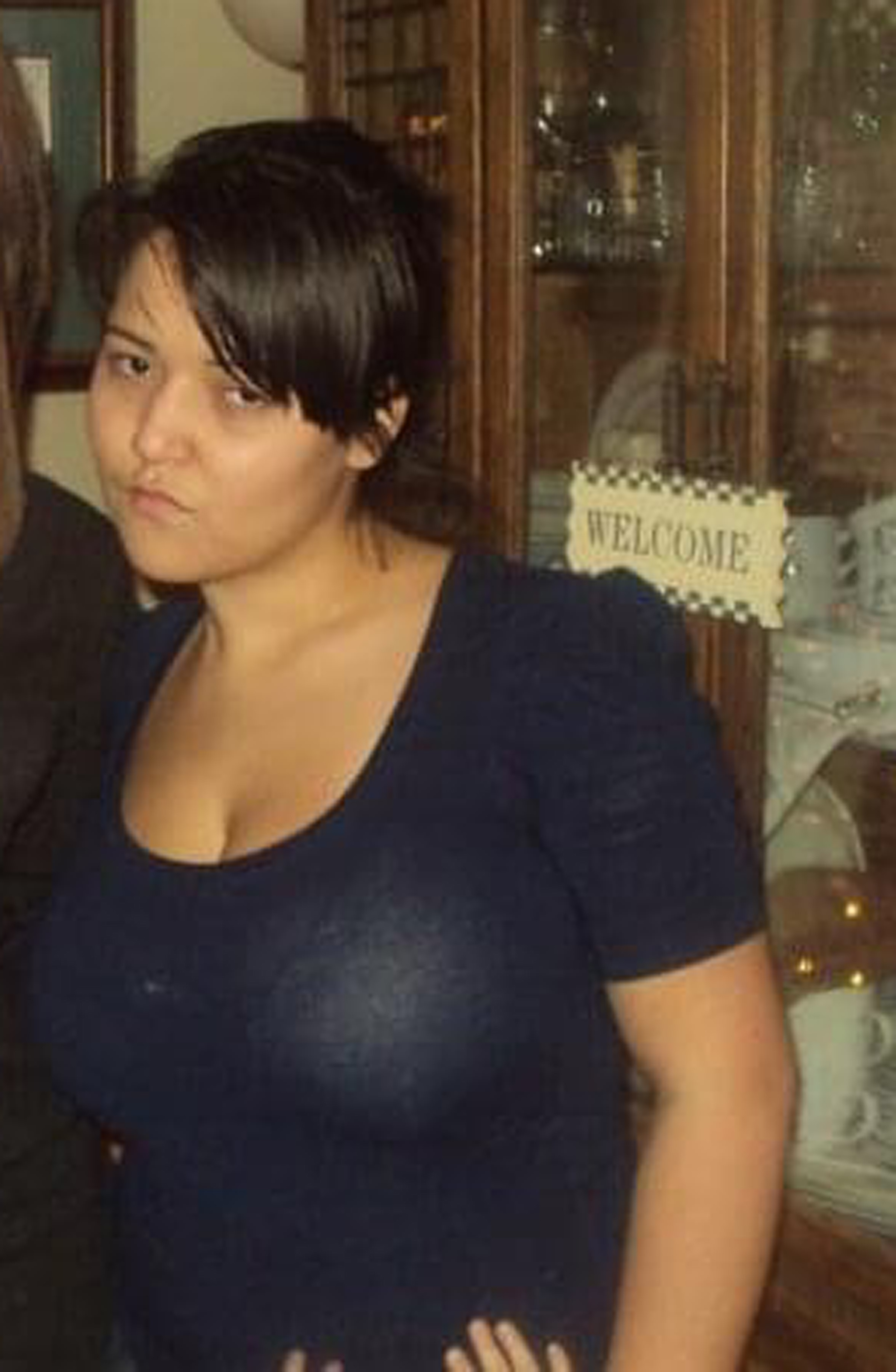 Romero most recently bought two bras in November, which set her back over $100, and she says she is already outgrowing them.

She said: "It is hard enough trying to find size O bras, which are also pricey, I have no idea how I am going to find size P's. I don't even want to think about how expensive they will be.

"I have already had a look online for the next size up because my boobs are already starting to overspill out of my new bras, but I haven't seen a P anywhere. It is a nightmare."

Romero said she was flat-chested at 12-years-old when her mom bought her a training bra. 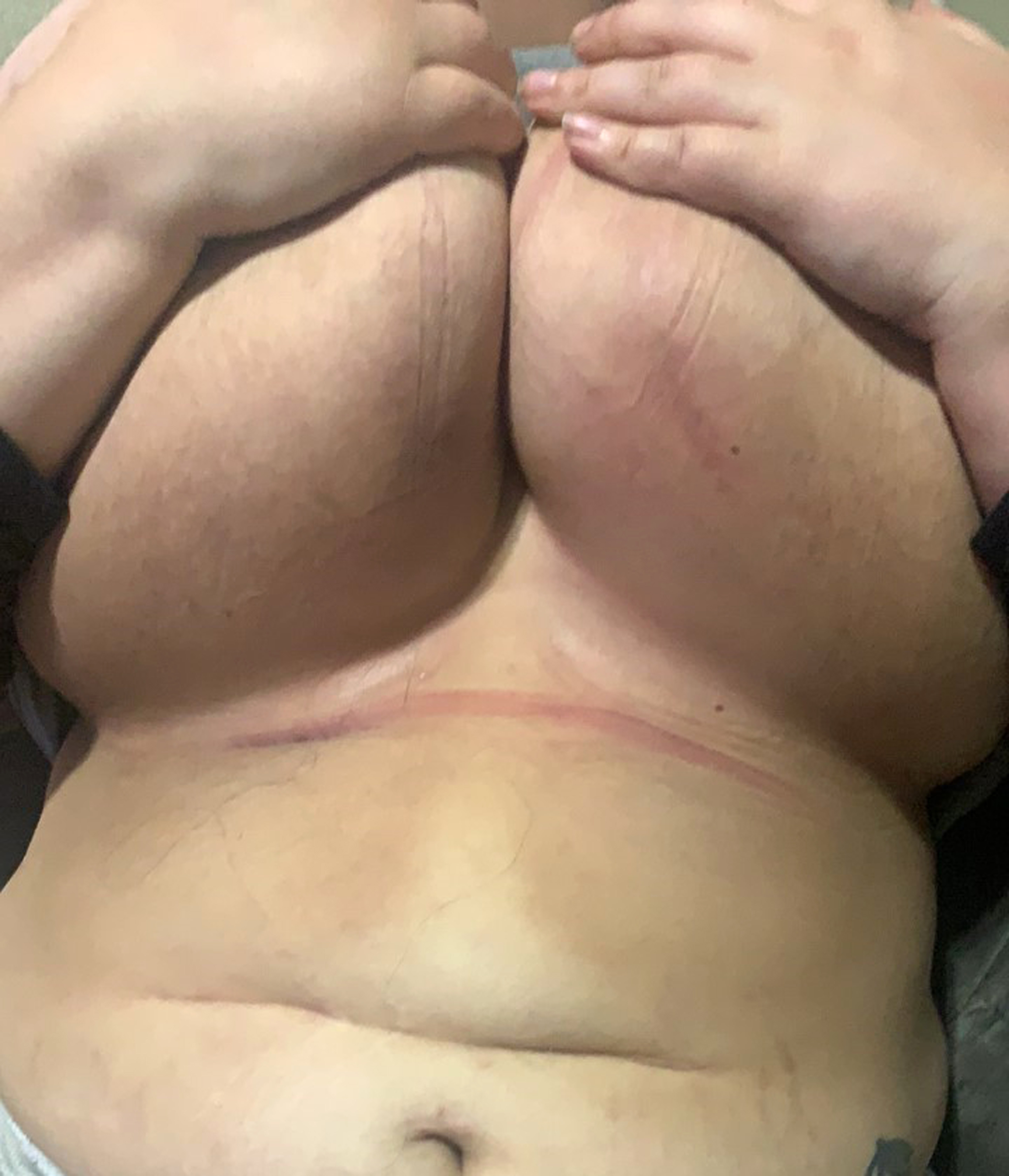 She said: "Within a week it didn't fit me anymore as my boobs quickly started to grow. Within a matter of three months, I had reached a size DD, and since then my boobs keep growing and growing.

"One of my most vivid memories from around this time was during gym class at school, one of the school bullies started laughing at my boobs, saying that I had had a boob job and telling me not to run too fast or I'll give myself a black eye.

"The other kids would sing 'do your boobs hang low? do they wobble to the floor?' at me all the time.

"From that point on I became the laughing stock of my school. I was mortified and couldn't understand why I was so different from all the other girls, no one else had DD's at the age of 12.” 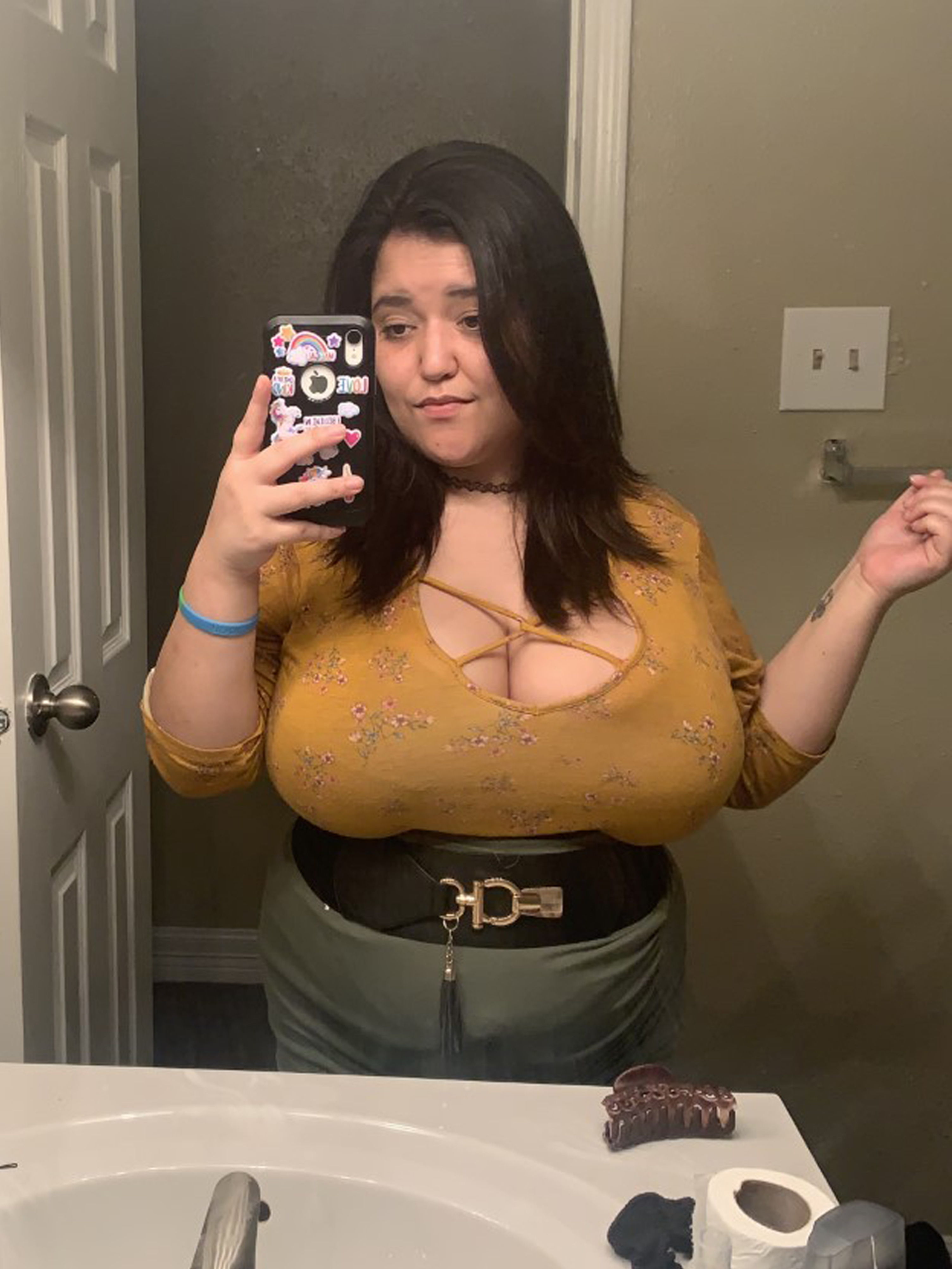 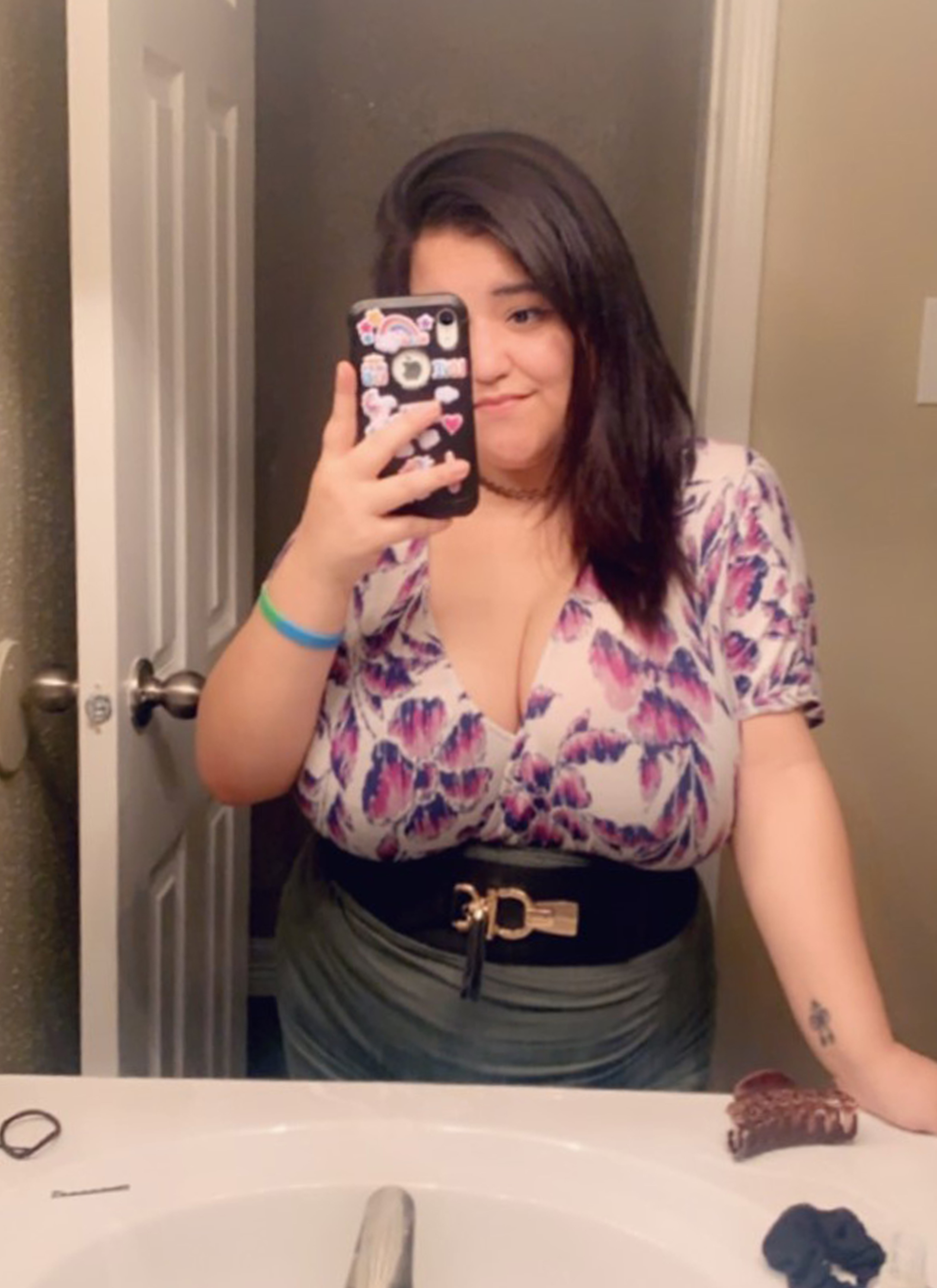 Romero, who is just 5ft tall, says that she has constant excruciating back pain from carrying around the extra weight of her huge boobs and is desperate to undergo breast reduction surgery.

She added: "My boobs hold me back from doing so much. My house is a wreck at the moment because I am in too much pain to be able to get around and clean properly.

"My boobs go right down to my belly button without a bra, so it is even hard to clean myself and take care of personal hygiene. Showering, drying off, and shaving are such difficult tasks for me. I'm sweating by the time I've dried myself off from the bath or shower.

"I can't go running or swimming, or even bend down properly to do things like tying my shoelaces or pick up my godson when I am babysitting. It is constant pain all day, every day." 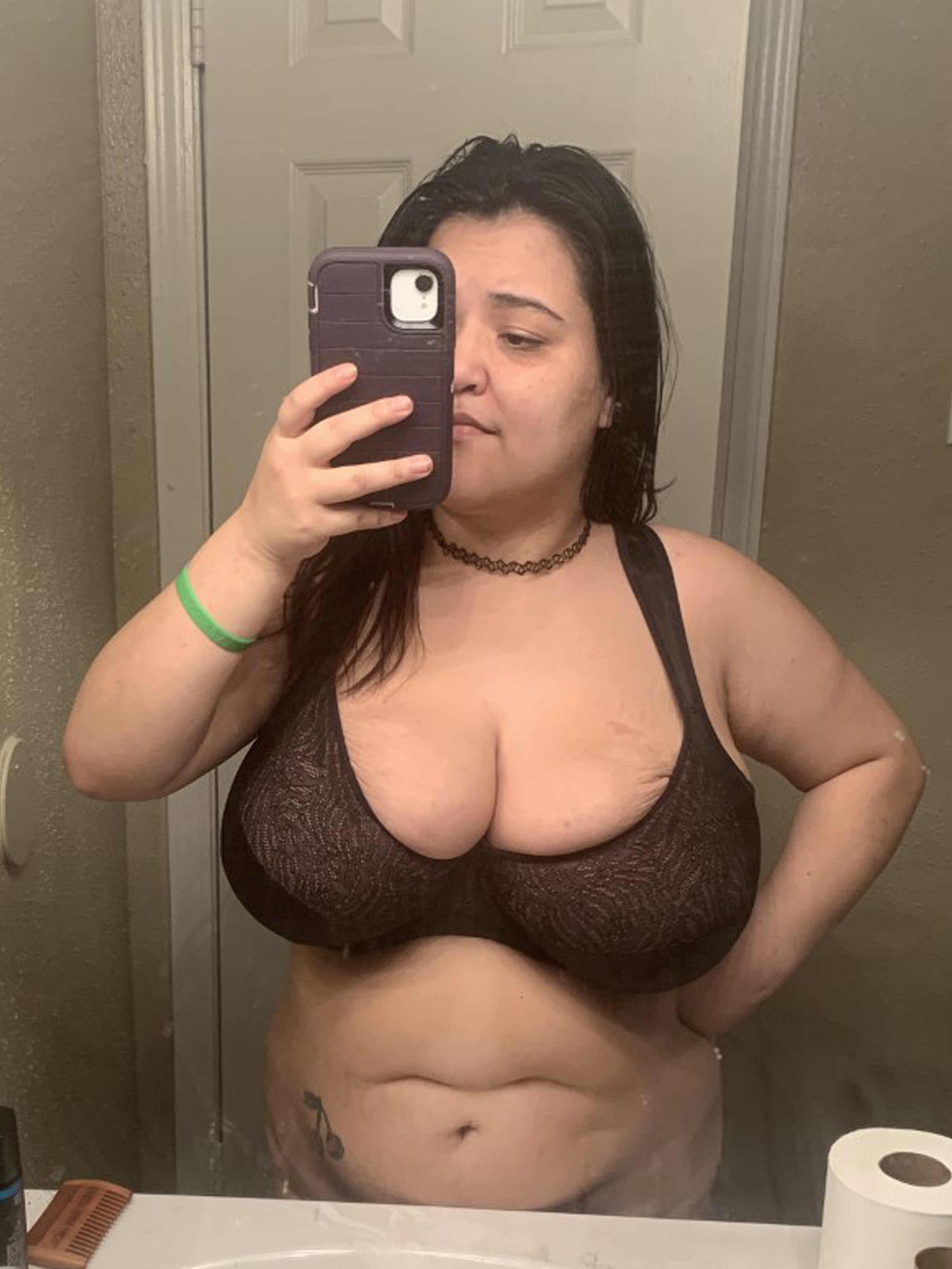 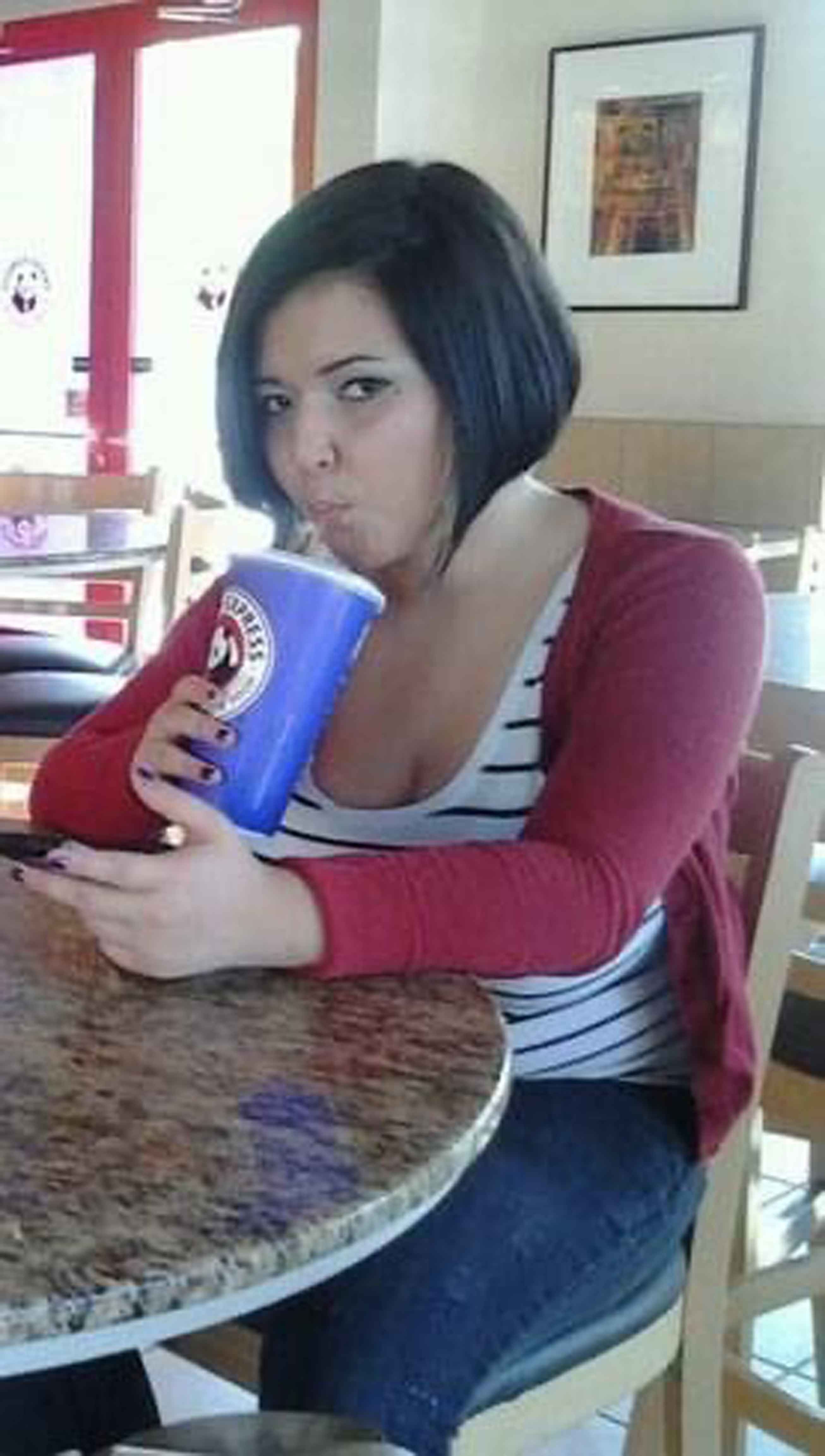 Alongside making day-to-day tasks almost impossible, Romero added that her boobs even cause her to bleed.

She said: "Texas heat goes above 100 degrees more times a year than I can count. Imagine having O's in them temperatures.

"I get heat rashes underneath my boobs which leave me with scars and my bras dig into my skin and sometimes leave me with bleeding cuts.

"At the minute I'd say they're growing every month, I forked out for new bras last month and they are already becoming too small."

Kayla's ever-growing boobs are often the center of attention if she goes out as people stare at her chest, make comments and even ask to motorboat her.

She said: "In the past, I have had strangers walking up to me and asking if my boobs are real, people have even grabbed them to see if they are fake.

"I have even had someone come up and motorboat me.

"So, I don't really go out anymore as my boobs just seem to be a target for creepy and weird people. It is horrendous and I don't feel safe."

Romero has since set up a fundraising page to gather the $15,000 for her dream surgery.

"I am only 27 years old, I have my whole life ahead of me, I can't even begin to imagine what my boobs are going to be like when I am 40 if I don't get a reduction.

"I am desperately trying to get the money together for the surgery because I just want to be able to live my life like a normal girl in her twenties. I don't want to be stuck inside and in constant pain.