Home » World News » Woman, 35, raped in her own home by intruder is found dead week later

Woman, 35, raped in her own home by intruder is found dead week later

Woman, 35, raped in her own home by intruder who has not been caught is found dead a week later

A woman raped in her own home by an intruder who hasn’t been caught was tragically found dead a week later.

Angeline Phillips, 35, was attacked at her house on in Walkden, Salford, Greater Manchester, on Saturday, January 23.

Police launched a manhunt in the days that followed.

Detectives said a ‘well-built’ man entered Ms Phillips’ property through an unlocked back door between 10.30pm and 11pm before he raped her.

She was being supported by specially-trained officers following the horrific attack, Greater Manchester Police said.

Ms Phillips was found dead a week later – on Saturday, January 30 – it has now been confirmed. 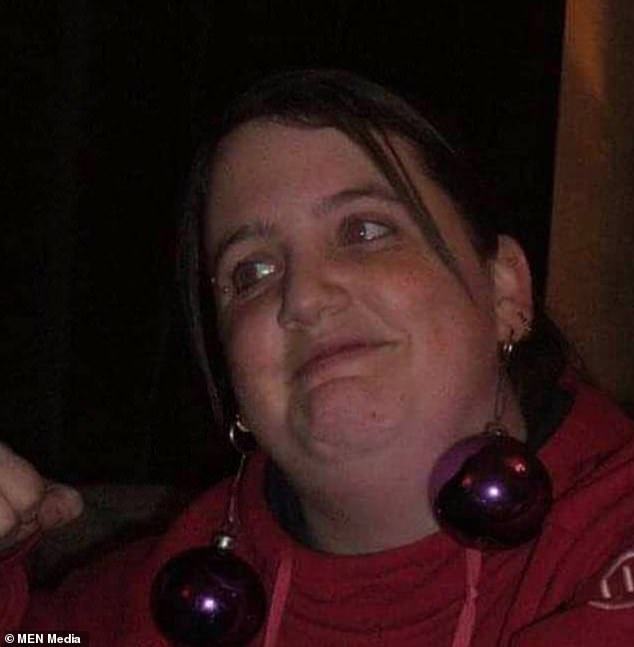 A woman raped in her own home by an intruder who hasn’t been caught was tragically found dead a week later. Angeline Phillips, 35, was attacked at her house on in Walkden, Salford, Greater Manchester, on Saturday, January 23

Her death is not being treated as suspicious.

A spokeswoman for Bolton Coroners’ Court confirmed a file relating to Ms Phillips’ death had been received.

Due to the contact Ms Phillips had with GMP prior to her death, a referral ‘in line with normal procedure’ has been made to the force’s Professional Standards Branch.

The Independent Office for Police Conduct (IOPC) was informed, but has decided not to investigate the case itself.

A GMP spokeswoman said: ‘While the investigation has been ongoing, the woman – who was being supported by specialists and partner agencies – has very sadly died.

‘Our thoughts are with her loved ones at this devastating time.

‘Her death is not being treated as suspicious. The file has been sent to the coroner.

‘Due to the recent contact between the woman and GMP, in line with normal procedure, her death has been referred to the Professional Standards Branch and the Independent Office for Police Conduct.

‘I would like to use this opportunity to remind people across Greater Manchester that if they or someone they know has been raped or sexually assaulted we encourage them to report it to us or one of our partner agencies so they can access support.’

An IOPC spokesman said: ‘We received a referral from Greater Manchester Police following the death of a woman on Wilbraham Road, Salford. 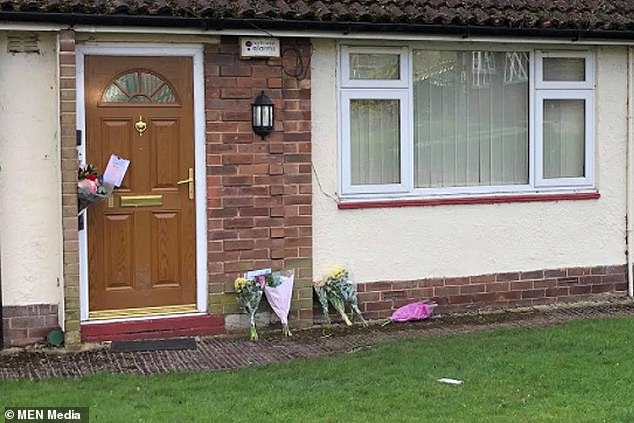 Police launched a manhunt in the days that followed. Detectives said a ‘well-built’ man entered Ms Phillips’ property through an unlocked back door between 10.30pm and 11pm before he raped her

‘After carefully assessing the referral, we have decided that an investigation by the IOPC is not required.

‘The referral has been returned to the force for a local investigation.’

GMP launched an appeal to find the man who attacked Ms Phillips on January 26 – three days after the incident.

‘An investigation was launched and enquiries have established that a man entered the property via an unlocked rear door and raped the female occupant,’ a statement read.

Detectives said the man was white, 6ft tall and between 35 and 40-years-old.

He had a ginger beard and a tattoo on one arm. He was wearing a black baseball cap with a white tick, a blue jacket, a white t-shirt, jeans and trainers with a silver emblem.

Detective Chief Inspector Gareth Jenkins said at the time: ‘We understand that this news may cause concern, but I can reassure members of the public that the investigation team are doing everything they can to identify the man responsible and ensure he faces justice.’

Floral tributes have been left outside Ms Phillips’ home.

Neighbours said she had lived at the property alone for ‘a couple of years’.

One man, who asked not to be named, said: ‘She kept herself to herself.

‘I saw all the police outside on the Saturday morning and wondered what was going on.’

‘I saw the police and forensics outside taking photographs,’ he said.

‘A neighbour told me what had happened. It’s very sad.’

Another neighbour added: ‘There was an ambulance outside at about 2am.

‘When I got up in the morning, they had it all taped off. It’s very concerning.’

More than £2,000 has been raised through a JustGiving page set up to ‘help her family in these tragic circumstances’.

Dozens of tributes have been left for Ms Phillips on the page – and on Facebook.

One person said: ‘You were far too amazing for this world. I really hope you have finally found peace wherever you are. You have helped so many people.

‘I wish you knew how loved you were and always will be. Sleep tight.’

Another tribute read: ‘RIP, Ange. You truly touched the hearts and souls of every single person you met along your journey.’

A third person wrote: ‘Rest in peace, Ange. Thank you for being you and shining such a bright light to those around you.’

For confidential support call the Samaritans on 116123 or visit a local Samaritans branch, or click here for details.