The world’s largest commercial sailing ship has graced the shores of Dorset this weekend for the first time.

The brand new Croatian-built Golden Horizon is so big it almost completely blocked out the entrance of Portland harbour as it made its first port of call in the UK.

Pictures show the moment a two person sailing yacht appears dwarfed in comparison to the cruising vessel with five masts. 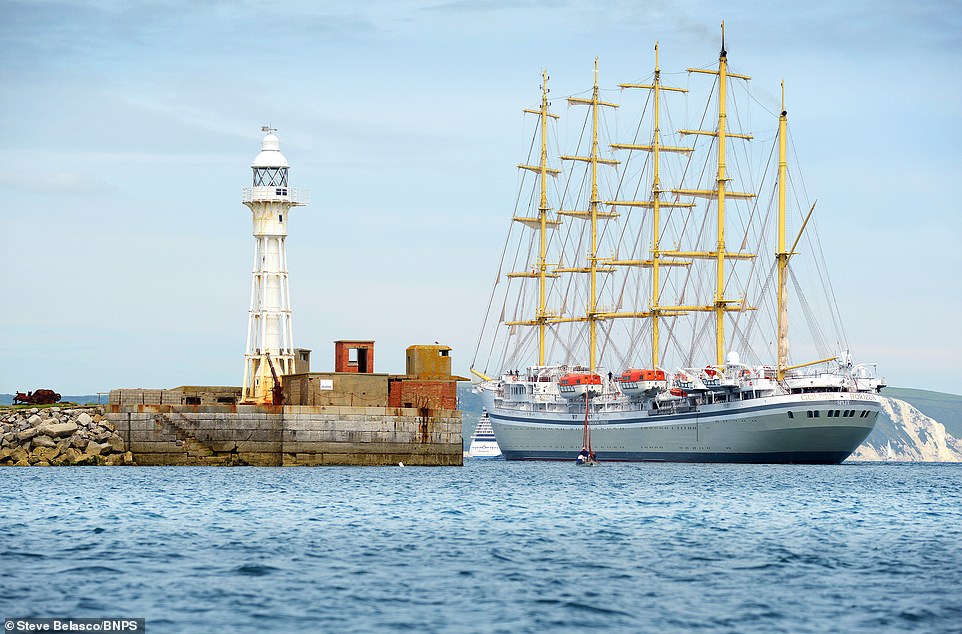 It is run by Tradewind Voyages of Suffolk as a commercial cruise ship and owned by shipbuilders DIV Group Ltd.

At full capacity it can accommodate 272 guests in 140 sea-facing cabins.

The near replica of the 1913 ocean vessel, France II, is being launched this year.

The boat boasts two outside bars, a piano bar, library, spa and a gym. 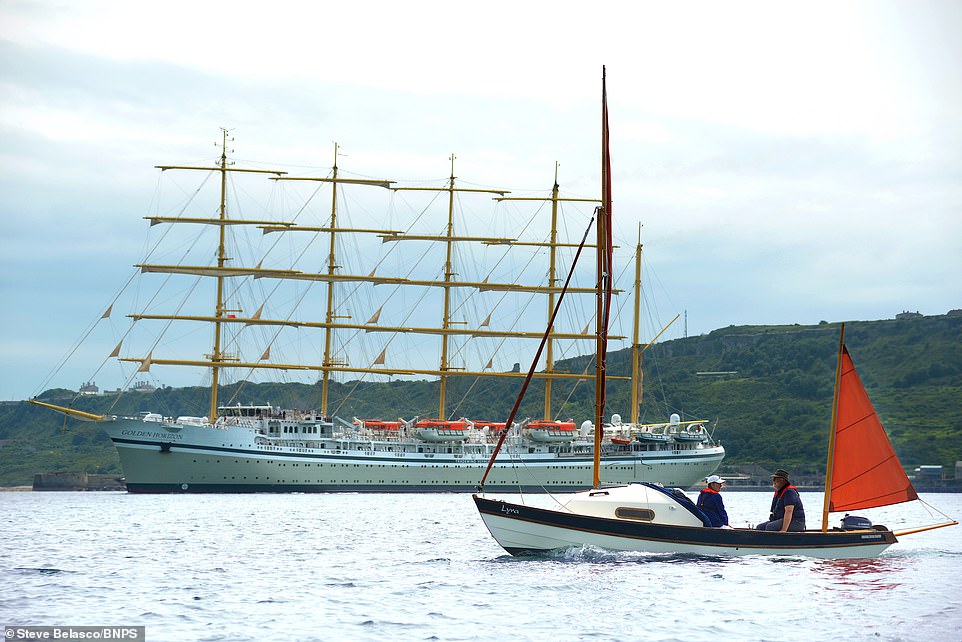 It is run by Tradewind Voyages as a commercial cruise ship. Pictured: A two person sailing yacht looks dwarfed in comparison 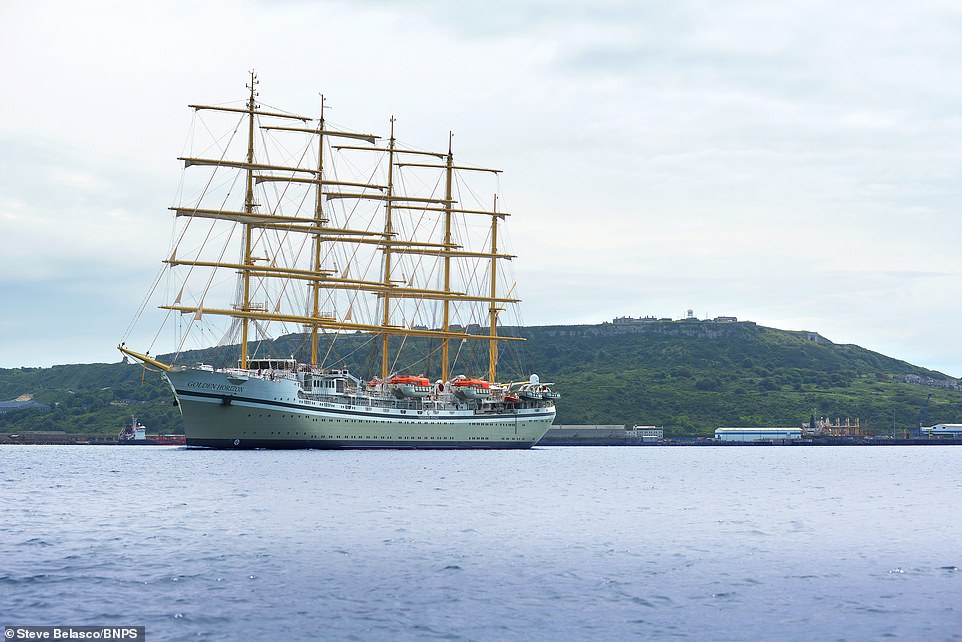 The ship, which will operate at half capacity due to covid restrictions, is scheduled to embark on a six-night ‘dress rehearsal’ voyage starting on July 1.

It will sail to Falmouth, Fowey, Dartmouth and Poole.

The striking photos were taken by local photographer Steve Belasco at 3pm yesterday.

He said: ‘It is the largest sailing ship in the world and Portland is its first port of call.

‘It is enormous. There was a tallship next to it which is a reasonable length itself but it absolutely dwarfed that.’ 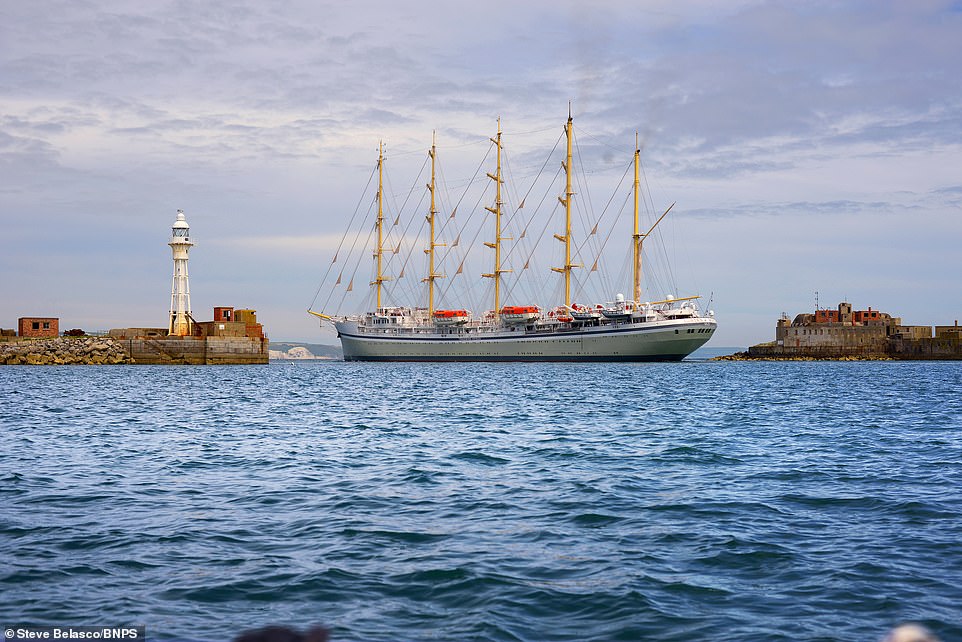 The boat boasts two outside bars, a piano bar, library, spa and a gym for guests to enjoy