Home » Would justice for George Floyd have occurred if not for the video?

Would justice for George Floyd have occurred if not for the video?

Los Angeles: Would Derek Chauvin, the former police officer, be on the streets today without the video?

The answer to that question — not the jury’s verdict — is the true indicator of how much progress has been made since George Floyd’s death.

Chauvin being found guilty on all three charges of murder and manslaughter is a relief. But relief won’t bring Floyd back. And that’s why even a guilty verdict was never going to be sufficient. The goal has to be preventing the next George Floyd from happening. 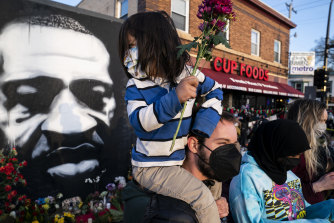 Demonstrators gather outside Cup Foods in Minneapolis to celebrate the murder conviction of former police Officer Derek Chauvin in the killing of George Floyd.Credit:AP

During the closing argument in Chauvin’s trial for the killing of Floyd, prosecutor Steve Schleicher repeatedly instructed members of the jury to believe their eyes.

“What you saw, you saw,” he said of the video of Chauvin’s knee on Floyd’s neck. 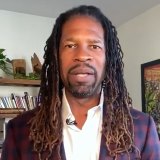 The author: LZ Granderson is an Op-ed columnist for the Los Angeles Times.Credit:Screengrab/ABCNewsLive

But where would our so-called national conversation about race and the criminal justice system be today if Darnella Frazier, then 17 years old, decided not to take her nine-year-old cousin to the Cup Foods store on May 25, 2020? Had her mobile phone not had enough power to take a video for 9 minutes and 29 seconds?

Would there even have been a verdict to react to?

As terrible as police brutality is, as horrific as the parade of deaths of unarmed black and brown men has been to endure, what is even more damaging is the history of lies and cover-ups. The falsified police reports and planting of evidence. The denial of what people of colour have repeatedly experienced, the taunt of “race baiter” used against those who dare speak out.

This distrust that stems from generations of mistreatment goes beyond the action of a single officer and indicts the entire policing and criminal justice system. This is what black and brown people have been talking about, singing about, writing about, rapping about, making movies about and protesting for a century or two, but it wasn’t until the proliferation of smartphones that the rest — or rather, most — of America finally believed us.

This is why I wonder about justice in those police killings that were not, by chance, recorded on video. The ones where there wasn’t a 17-year-old around to film the death. Cases like that of Freddie Gray, who died from spinal injuries he received while in police custody six years ago this week. Six officers, not one conviction.

I think about Breonna Taylor and Michael Brown. Victor White III, who Louisiana police said suicided by shooting himself in the chest while his hands were cuffed behind his back. 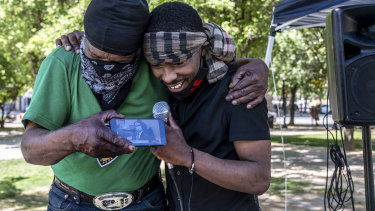 Stevante Clark, right, brother of Stephon Clark who was fatally shot by Sacramento Police, is hugged by his cousin Steven Ray Collins in Sacramento California, as they listen to the Chauvin verdict on their phone.Credit:The Sacramento Bee/AP

The Chicago Police Department and a Cook County prosecutor both said Adam Toledo, a 13-year-old, was holding a gun when he was shot and killed on March 29. Because of a video, released more than two weeks after the killing, we know that was not true. But what do you believe would have happened if there wasn’t police bodycam footage to refute the report?

The new revelation in the Toledo case reminded me of the Chicago police claiming that 17-year-old Laquan McDonald lunged at them with a knife when he was shot and killed on October 20, 2014. The dashcam video, released more than a year later, showed that was not true — that McDonald was walking away from officers with a closed knife well before Officer Jason Van Dyke fired 16 shots and mowed the teenager down. The Chicago Inspector-General’s office eventually concluded that 16 officers and supervisors were involved in an elaborate cover-up of the McDonald killing. This includes a former lieutenant who allegedly destroyed notes from witness interviews.

Some good has come out of the pain many of us relive each time a snippet from the traumatising video of Floyd’s killing is aired. This case energised a movement for police reform and justice that could no longer be silenced. But we did not arrive here by design. If anything, the design was to avoid this moment. And had that 17-year-old decided to go to another store last May, Floyd’s unrecorded death would have been grieved by people who knew and loved him, but policing in Minneapolis probably would have gone on as if nothing had happened.

Right now, prosecutors in Virginia’s Fairfax County are looking to throw out 400 criminal cases because they believe the officer who made the arrests stole drugs from the police property room, planted drugs on innocent people and stopped motorists without legal basis.

The officer allegedly admitted to racial profiling in making his illegal stops. One of those victims was Elon Wilson, a black firefighter, who was fired and sentenced to three years in prison. If it weren’t for an anonymous tip, that police officer, who resigned, would still be out on the streets. A judge is expected to vacate Wilson’s conviction soon.

That’s how tenuous this all is.

At this moment of so-called racial reckoning, fair-minded people may be tempted to make Chauvin’s conviction bigger than what it really is. The verdict brings an end to the trial phase, and it’s important. But this is just one case; we can’t even be sure there would have been a trial had the homicide not been recorded.

Progress doesn’t come from one verdict — progress is having one of those three cops with Chauvin that day intervening to save Floyd’s life. As long as good cops still need a video to go viral before turning in bad ones, we’ll be in the same spot we were the day before Floyd died.

Elzie Lee “LZ” Granderson is an Op-Ed columnist for the Los Angeles Times.