A Yarra Trams IT worker has been charged with stealing phones and laptops worth hundreds of thousands of dollars from the company and then selling them. 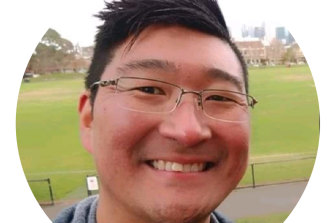 Sacked Yarra Trams IT worker Paul Hewer has been charged with stealing laptops and computers from Melbourne’s tram operator.Credit:Facebook

Police allege that between September 2018 and October 2020 he sold 132 Dell laptops.

According to the summary of police allegations, he allegedly told buyers the IT equipment came from a legitimate source and pocketed nearly $45,000 from the sales. The summary did not reveal who his customers were.

Yarra Trams launched an investigation into Mr Hewer late last year and allegedly caught him on CCTV cameras taking boxes full of Dell computers and iPhones from the company’s headquarters on Bourke Street in Melbourne’s CBD.

Detectives raided Mr Hewer’s home in Ashwood in November. He was arrested and charged with theft and obtaining property by deception.

Police claim they found an Apple watch, two iPhones, four Samsung Galaxy phones and a Dell laptop in his Holden – all of which allegedly belonged to Yarra Trams.

They also found several vials of steroids for which Mr Hewer did not have a prescription and hair growth treatment.

Mr Hewer was interviewed at Oakleigh police station and, according to the court documents, admitted to stealing the laptops and mobile phones from Yarra Trams. He confirmed that a spreadsheet tracing the times and locations of the sales were correct.

Yarra Trams sacked Mr Hewer on November 20 following an internal investigation and reported the matter to police on that day.

The company claims it caught Mr Hewer on CCTV leaving the head office on October 1 with a packing box containing mobile phones and laptops.

On October 31 he was allegedly caught leaving the office carrying two new mobile phone boxes in his hand and a backpack full of laptops.

A Yarra Trams spokesman said: “As this matter is currently before the courts, it would be inappropriate to comment.”

Mr Hewer is due to return to the Melbourne Magistrates Court on June 4.