Sir Ian Diamond, the United Kingdom's mild-mannered chief statistician, cracked a joke six weeks ago which pretty much summed up Britain in 2020.

"This is becoming a nation of 58 million epidemiologists," he deadpanned. "And the great majority of them – unlike myself – have the benefit of hindsight."

Boris Johnson has the same problem: everyone's suddenly an expert. And unlike the first coronavirus wave, where unity was strong and compliance with the rules high, the second wave is accompanied by deep division over the balancing act between health and the economy. 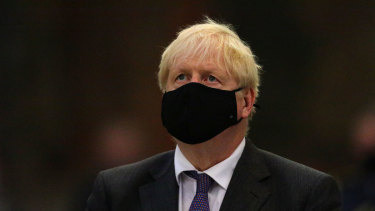 The rapidly worsening outbreak is on course to eclipse the first, which killed 60,000 people. There are at least 50,000 new infections each day and intensive care units could be swamped by late November. Johnson didn't want a new lockdown but he had no choice on Saturday given the dire forecasts.

The month-long shutdown for England will come into effect from Thursday after a parliamentary vote early next week. It only applies to England, as healthcare elsewhere in the United Kingdom is handled by the devolved governments of Scotland, Wales and Northern Ireland.

The restrictions will see the closure of pubs, restaurants and non-essential businesses, including hair salons and gyms. People will only be able to leave their homes for specific reasons such as education, work (if they are unable to work from home), exercise and to shop for food.

A lot of criticism directed at the Prime Minister over recent months is unfair and ignores the tightrope leaders must navigate in the era of pandemic politics. He was right, for example, to repeatedly remind a complacent public that a second national lockdown would be a "disaster" and inflict widespread "misery". 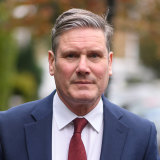 Johnson didn't agree. He couldn't have even if he did, because the rapidly growing number of Tory MPs fundamentally opposed to the concept would have unleashed hell on Johnson's leadership and caused chaos when the measure came to a vote in the House of Commons.

Instead, he opted for a three-tiered set of restrictions for the worst-affected areas of England. On the very day Johnson announced it, his own chief medical officer said even the toughest tier would fail to bring down the surging infection rate.

Finally, in mid-October, Labour leader Sir Keir Starmer publicly urged Johnson to embrace the circuit-breaker. The Prime Minister mocked the idea and labelled Starmer "Captain Hindsight" – a jibe that has not aged at all well.

Johnson caved on Friday when presented with doomsday forecasts warning that infections were well over 50,000-a-day and the health system could be overrun by late November. More than 1000 people would die each day from early December onwards, the advice found.

That trajectory is not just morally and politically intolerable, but a diabolical outcome for the workers and business owners that Johnson understandably sought to shield. But in trying to protect the economy by delaying a lockdown, Johnson has probably inflicted even greater harm on it.

Wasn't it obvious, in hindsight?